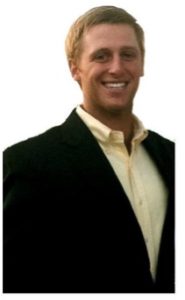 Ever since the beginning, college coaches have been under the watchful eye of athletic department administrators. Most have been advised at some point in their careers to “perform well or lose your job”. This has led to college coaches feeling more pressure than ever before to stay atop the GolfStat rankings. As a byproduct of these heightened expectations and added pressure, we have seen many coaches implementing more aggressive recruiting strategies. In recent years, we witnessed many verbal offers being extended to elite players very early in the recruiting process, some as early as 14, 13 or even 12 years old! As you can imagine, there were many notable “side-effects” that accompanied these early verbal commitments. Many of these players who made early commitments never developed to the level their coaches envisioned they would. Most commonly, these early commits were players who would under perform and eventually ask for a transfer or even worse, “ride the bench” for 4 years and never attain their goals in college golf. Eventually, both college administrators and the NCAA came to their senses and recognized that it was irrational and unfair to expect players at an early age to make well thought out and qualified decisions about their future.

In years past, there was plenty of discussion in the college golf world over the NCAA rules and legislation. Although the specific changes I mention below have been in effect since August, the tangible effects of these changes are just now becoming visible in recruiting.

The NCAA released the major rule changes in two waves. The initial changes were released in September 2018 and the most recent changes went into effect in April of 2019 and are now transforming the way junior golfers are being recruited across the globe.

So how are Coaches feeling about this?

Here are some specific insights:

“Personally and professionally, I love it.  Recruiting was in an unhealthy cycle of really really young people making decisions where they wanted to attend college.  The changes allow us to properly evaluate prospects before their junior year of HS when we can communicate with them.  The new rules are not “pro power five” or “pro mid-major”; they are healthy changes for prospects and college coaches in my opinion.”

“The recent April rule changes are a positive step in the right direction. Moving forward, the new legislation will help coaches learn more about a prospect as they develop mentally, physically and emotionally through their high-school years.”

“I think the NCAA rule changes on early commitments is a big win, not only for D1 and D2, but also the student-athletes. D1 coaches don’t have to spend recruiting days on freshmen anymore, and it gives prospects more time to mature and visit a variety of campuses to see which program best suits them. There are many kids we show interest in or invite to campus that are likely D1 prospects. The delayed commitment date gives us a bit more ability to get to these elite players and show all the great things Florida Southern and high level D2 golf can offer.”

“As a highly ranked mid-major program in Florida, we are competing against bigger Power-5 programs. I have spent most of my time chasing top junior players here in the US and international recruits. With the old rules, there were fewer restrictions and we couldn’t keep pace. With the new rules, it has delayed the process and opened a new ball game for us mid-majors. In the past, all of the really good players were already committed to Power-5 conference schools by junior year. Now, players that I want to watch as sophomores in high school are available to us. The later contact date now allows us to recruit the same players that the big schools do.”

I sent a survey to head and assistant Coaches in Division 1 and Division 2. In total, there were 132 respondents. Here’s what we learned:

The next question we asked was “Are you in favor of the 45-day rule?”. A far larger number, 33 percent of Coaches, said they are against the 45-day rule suggesting they might feel limited in their recruiting opportunities with only 45-days allotted to recruiting.

Note: This does NOT mean Coaches will offer every prospect that comes knocking an official visit, more so that they plan on hosting fewer unofficial visits because of the later communication date and more official visits to qualified recruits later in the process.

At ForeCollegeGolf, I’ve been lucky enough to speak with hundreds of coaches and over the last few months especially, I have had the chance to pick the brains of some of the most respected and forward thinking coaches in college golf. From these conversations, I can pinpoint a few takeaways. First, I can say, with confidence, these rule changes are a positive step in the right direction, for both Coaches and players alike. I expect these changes to pay dividends on both sides of the recruiting “fence” and craft a more holistic recruiting experience across the board. Secondly, I anticipate college coaches will be expecting qualified recruits or a trusted third party, to provide them information on a regular basis in order to accelerate the recruiting cycle before June 15th.  And lastly, I foresee many coaches hosting fewer unofficial visits and many more official visits to narrow down their shortlist of qualified recruits.

If you have any questions about the article above, any feedback, an article idea you would like to provide; you can find me at mike.smith@forecollegegolf.com or www.ForeCollegeGolf.com.

Mike Smith is the founder of ForeCollegeGolf, a college placement and recruiting business where he aims to apply his background in competitive golf and recruiting education to help educate players, their families and coaches about the college recruiting process.