Our Kids Tour embarked on it’s third World Championship Qualifier this past weekend! The first place finisher of each division secured a spot in our exclusive event held in July at the Westin Mission Hills! Cool weather and lush greens provided a good environment for competition. Let’s see how the players did:

We didn’t have any competitors for the boys 13-14 division but we did have a couple girls. Coming in first place with one birdie on hole 11, and a total or 68, was Meghan Royal and taking home second was Kailani Dugdale with a score of 76. 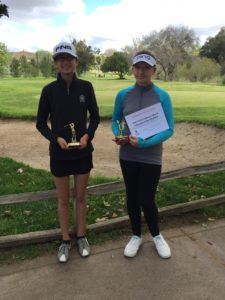 For the boys 11-12 division, we had Bradley Firtel shoot 69 for his trophy, Maclain Brigham coming in second shooting 72, and Aarav Chandra in third place having shot 76. 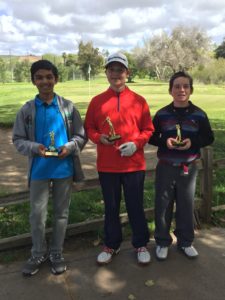 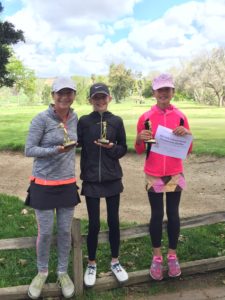 The boys 9-10 division had the most competitors with a tight race for first! Taking home that title with a score of 65 was Tyler Jennings, one stroke back at 66 was Lance Lau in second and coming in third two strokes back from that was Kyle Shi at 68. 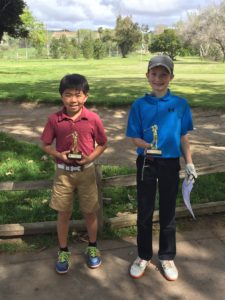 The girls 9-10 division had some pretty good play with our first place finisher, Malia Cottriel, making 3 birdies in her round to shoot 61! Coming in second place was Karina Jadhav shooting 71 and three strokes back at 74 was Brooklyn Millard. 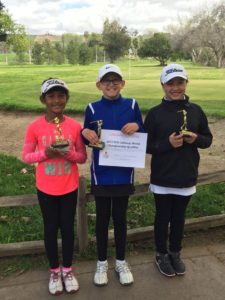 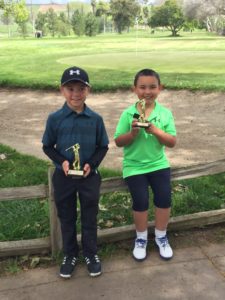 The girls 7-8 division had Emma Molina take home first at only 5-over, 32 followed by Sofia Valencia in second having shot 46. Third place had two-way tie at 48 between Regina Ambriz & Janette Dunn, with Regina taking home the trophy after the card-off. 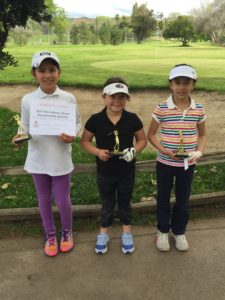 There was only 6-under competition this weekend, with Mateo Lebron taking home a trophy! 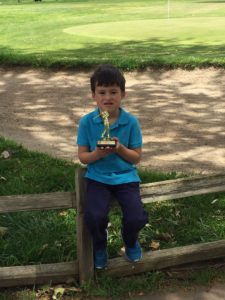 Nice to see all our competitors this past weekend! Until next time, Kids Tour… Tournament Schedule