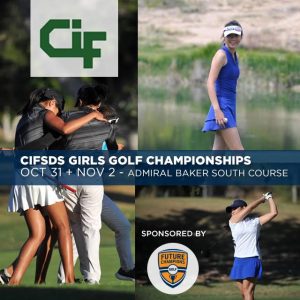 “The girls and boys competing for their schools in the CIF championships work
real hard, and this alliance will provide significant benefits to all the golfers in the CIF Championships.”
Said CIF San Diego Section Commissioner Jerry Schniepp, “We’re real pleased to partner with Future
Champions Golf. They’ll help our scoring, they’ll provide some nice things for our golfers, and their
experience running tournaments will be a great resource for the San Diego Section.”

Future Champions Golf is based at Stadium Golf, in Murphy Canyon adjacent to Interstate 15. It provides
a 4-Level Tournament Development System in San Diego County that has been developing players since
2007. 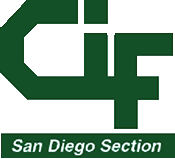 The CIF San Diego Section Girls Championship will be held at Admiral Baker South Course on Tuesday
and Thursday, October 31 and November 2, 2017.  The Boys Championship is annually held in May at
the Admiral Baker North Course.  Players qualify to compete in the championship based on their play in
their high school matches throughout the season and their scoring differential.