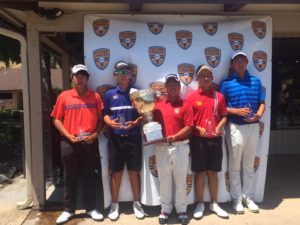 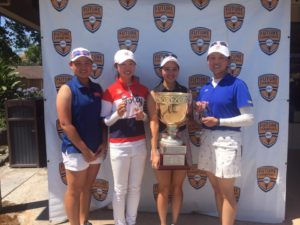 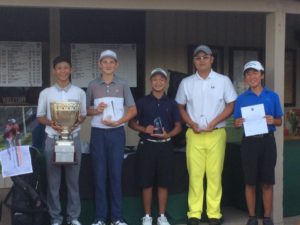 The girls 13-14 division played red red tees on the Oaks course at a par 72, over the course of two days. Coming in 5th place was Annyka Chanel Cayabyab from the Philippines at even par 144. There was a three-way tie at 2nd place, 1-under 143 with Chia-Yu Hsieh from Taiwan (69-74) taking home 4th, Sophia Ysabel Blanco from the Philippines taking home 3rd (72-71) and winning that card-off taking home 2nd place was Jiayi Wang from China (74-69). 1st place was earned by Ho Yu An from Taiwan with scores of 68 & 72 for a total 4-under 140. 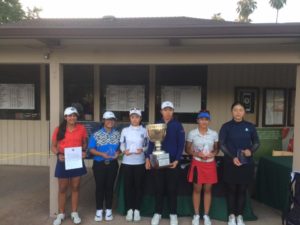 The second leg of the tournament took us up to the city of San Marcos. St. Mark Golf Club is a semi-private 18-hole golf course winding through the coastal foothills of North San Diego County. The Harry Rainville design boasts a links-style experience with stunning backdrops. Its executive course down the street provides gorgeous par 3 holes for your liking.

The boys 11-12 division played the gold tees at a par 71 at the St Mark Golf Club. There was a three-way tie for 3rd place at 1-under 141: taking home the 5th place trophy was Ethan Posthumus from Canada (69-72), 4th place went to Joshua Chung from the United States (70-71), and winning that card-off taking home the 3rd place trophy was Jay Leng Jr (70-71). There was another tie for 1st place at 5-under 137! Thus, a sudden death play-off between Allan Kournikova from the United States with scores of 70 & 67 and You Seong Choi representing the Republic of Korea with scores of 69 & 68. Choi won the play-off taking home the champion spot. 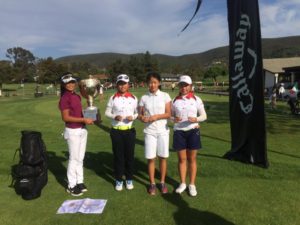 The boys 7-8 division played the white tees down the street as well with Luis Anton Ballerteros from the Philippines in 5th place at 135 (68-67). There was a tie for 3rd place at 132 with Michael Jorski from the United States taking home 4th (66-66) and Connor Szczech0wickz from the United States wining that card-off (66-66) to take home 3rd. Taking home 2nd place at 130 (64-66) was RattanabodinTassaneetipagorn from Thailand and earning 1st place, also from Thailand was Ajalawich Anantasethakul at 126 with scores of 65 & 61. 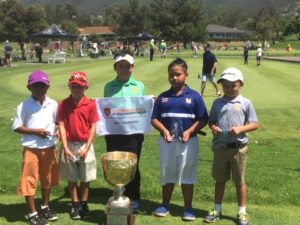 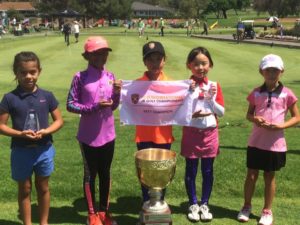 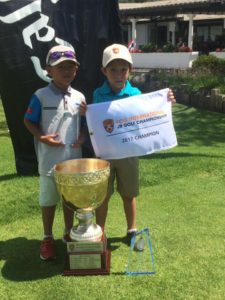 The girls 6-under division also played the red tees at that course with Krisana Fenton from the United States at 186 with scores of 91 & 95 and coming in 1st place was Miroku Soto from Japan at 148 with consecutive 74’s. 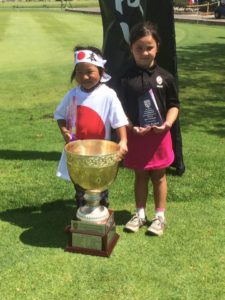 Big thank you and congratulations to all participants, parents caddies and staff at the courses for making our event a huge success! Our team cannot wait for you to play in the 11th annual event next year!