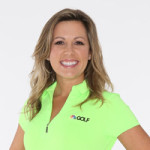 Sara Brown went from a top junior golfer to Division 1 scholarship athlete for the women’s golf team at Michigan State University. A 3 time participant on the Golf Channel’s “Big Break”, Sara then moved on to membership on the Symetra, Ladies European and LPGA Tours. Currently a co-host of “School of Golf” and host of “Playing Lessons with the Pro’s”, both on the Golf Channel, Sara is one of the brightest personalities in golf broadcasting. 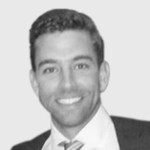 Alex Weber is the Founder & CEO of GolfMDs.com, the world’s largest provider of golf instructional services. Their mission is to help players of all skill levels achieve their potential through player development. Alex is an avid golfer that played competitively as a junior through to the collegiate level, and was named the Nike Junior Golfer of the Year in 2003. His passion for the game, and understanding of how important quality coaching is for all student athletes, was a driving force behind the creation the FCG Elite Jr Golf Coach program. 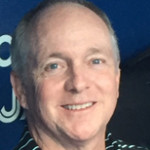 Glenn Hickey Sr. Vice President Sales, Americas Glenn Hickey was appointed to his current position as Sr. Vice President Sales, Americas, Callaway Golf, in July 2012. As a key member of the Senior Management team, he is responsible for managing sales in the U.S., Canada and Latin America. Hickey also leads internal development of product life-cycle management and distribution channels. Mr. Hickey joined Callaway Golf in 1991 as a top-producing Inside Sales Representative for seven years. He was promoted to Inside Sales – National Account Manager in March 1997, Regional Sales Manager – East U.S. in November 2002, Director of Special Markets in June 2006 and Vice President, Special Markets and Mass Merchants in August 2008. Prior to working at Callaway Golf, Glenn was a bond trader for four years in the L.A. and New York offices of First Interstate Bank through its transition to Wedbush Securities. He completed Financial Analysis for Non-Financial Managers certification from the University of Chicago, Graduate School of Business. He received a Bachelor of Science, Business Administration degree from San Diego State University in 1984. Glenn and his wife Zena reside in Cardiff-by-the-Sea, CA. They have two children in college: Sean attends University of Rochester, New York and Paige attends Villanova. He currently serves as a board member for the San Diego Junior Golf Association. 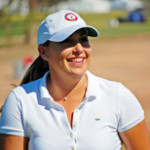 Kelli Kuehne is a Champion Professional Golfer who has been competing on the LPGA tour for 11 years. Kelli comes from a storied golf family. Her brother Hank competes on the PGA tour and was the winner of the 1998 US Men’s Amateur. Trip, her oldest brother, was the runner up in the 1994 US Men’s Amateur to Tiger and won the 2007 Men’s US Mid Amateur and played in the 2008 Masters. Born and raised in Texas, Kelli was one of the most successful amateurs of all time, winning three USGA titles including the 1994 US Junior Girls, the 1995 and 1996 US Women’s Amateur, as well as the 1996 British Amateur. She is the only golfer in history to have won those events in consecutive years. At the University of Texas, Kelli was a first team All American and was inducted into the Texas Sports Hall of Fame. Kelli turned profes- sional in 1998 and won her first championship her second year on tour, the Corning Classic. Kelli has also competed on two United States Solheim Cup teams in 2002 and 2003. Since turning pro- fessional, Kelli has won over 2.2 million in career earnings. Kelli is a spokesperson for the Juvenile Diabetes Research Foundation (JDRF) where she has successfully raised over 2 million dollars. She is an advocate for promoting education and awareness for people and families living with Diabetes. 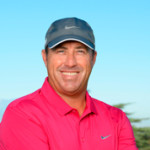 Dave Stockton Jr. played 10 years on the PGA TOUR with two wins on the Nike TOUR following an All-American career at USC. He is now implementing his successful training and winning techniques to help others. With his talents as a player, knowledge and understanding of Stockton Golf Signature Approach, he has had an immediate, positive impact with helping TOUR professionals and amateurs from all over the world find the winners circle. 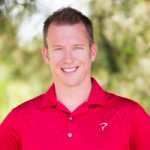 Lance Gill is the the Co-Director of the Titleist Performance Institute Fitness Advisory Board. He shares duties with Jason Glass on establishing protocols for player development in the fields of functional movement restoration, physical screening, strength and power screening and development and for player development globally. He servse as Lead Instructor for TPI Level 1 and Level 2 Fitness Seminars globally. He’s personally taught over 10,000 experts in the fields of; Golf Fitness, Golf Instruction, Medicine, Junior and Biomechanical proficiencies. Serving as lead instructor has taken him all over the world learning from the best fitness, medical and golf instructors that are currently in the industry. 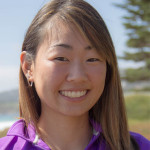 Mina Harigae is a former #1 ranked junior golfer and USGA Public Links champions as well as a two time Junior Solheim Cup participant. As a professional she was Symetra Tour Player of the Year, Rookie of the Year and Leading Money Winner, and has earned more than $1million dollars on the LPGA Tour.