Today is the Final Round of the FCG National Tour Veterans Day Weekend Championship at beautiful Temecula Creek Inn.  As we recently announced a few weeks back we along with associations and tours worldwide will be hosting qualifying events for our 2017 FCG Callaway World Junior Golf Championship at Westin Mission Hills on July 17-19, 2017! 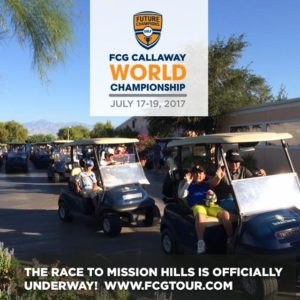 The Winner of Each Age Division will earn an Exemption to the Finals today at Temecula Creek Inn!  We are calling this qualifying series the RACE TO MISSION HILLS!  See who has already qualified here: https://futurechampionsgolf.com/qualified-2017-fcg-callaway-world-championship/

“This was by far the best tournament we have ever played in!  From the organization, to the special events, the communication, the resort, and the tee gifts, we couldn’t be happier with the experience.  We will be back next year!  Thank you FCG Tour for putting on such a first class event for the kids and the parents. ”  – 2016 Parent Feedback 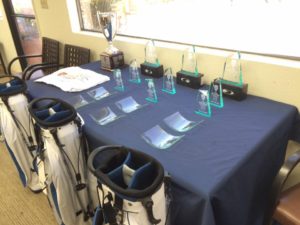 ***A Truly Special Event at One of the World’s Premier Golf Destinations.  Special Treat!!!  The Girls 15-18 Division will feature 90 Girls and play will be on the Dinah Shore Course which is the annual home of the LPGA ANA Inspiration Major Championship and host course for LPGA Qualifying School!  *** The Boys 15-18 Division will compete at the former PGA Tour Venue for the Bob Hope Classic. 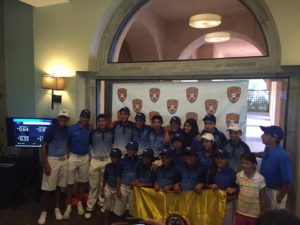 The FCG Callaway World Championship is the premier annual event on the FCG Tour schedule and has annually fielded some of the best players from around the world to compete in a 3-day competition at a world class venue.  This event has age divisions for players ages 6-18. 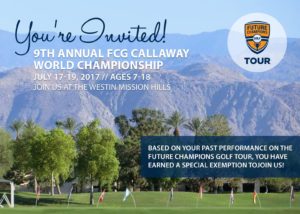 We will be sending out Invitations based on past FCG Tournaments to those who have earned a spot in next year’s event. These players can register for the event now through January 31, 2017 by paying the deposit of $50 with the balance being charged on June 1, 2017.  If an exempt player does not register by January 31st their spot will be released. 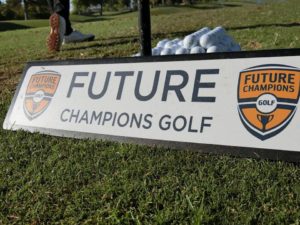 Qualifying System via the FCG Tour (See who has qualified here) 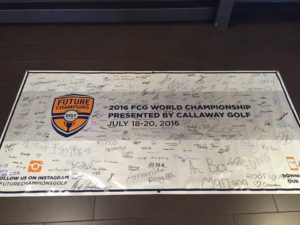 Qualifying System via other Tours and Associations 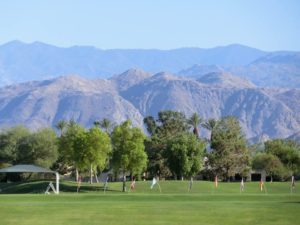