The Future Champions Kids tour fall series paid a visit to the St. Mark Executive golf club this past weekend for some great golf. The clouds were in the sky as we welcomed in some cooler weather that was much needed here in San diego which meant a perfect morning for most golfers. Seven distinct age categories were in need of a champion and these junior golfers seemed ready for the task as early morning tee shots seemed to echo in the distance, let the tournament begin! 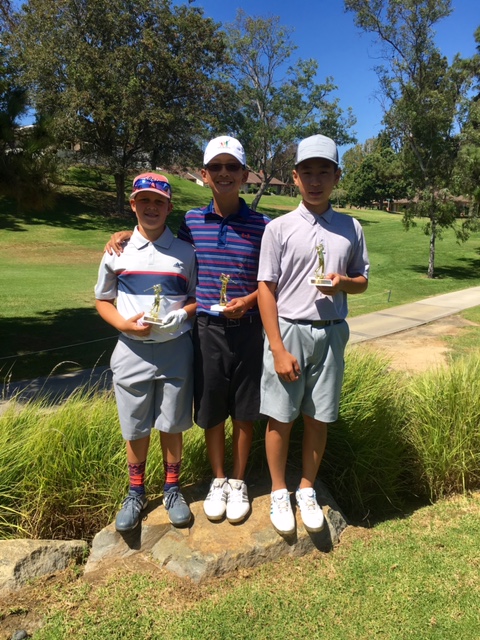 The boys 11-14 age division had a field of 9 players, each and every one wishing this day to be their best day. As the tournament unfolded it was clear that in the end that people deserved to share the first place honors were Zhonghao Tian and Christopher Liu who tied at the top with a score of 67 (+9) for the round. Bradly Firtel battled valiantly but wound up two strokes off the pace with a 69 (+11) which was good enough for a solo third place finish. The boys had a fine day and a lot was learned during these nine holes which will help them do better in later tournaments with Future Champions Golf. 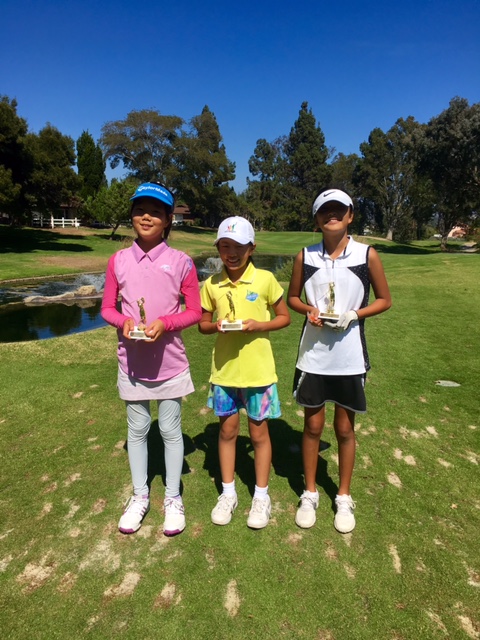 The girls 11-14 age division turned out to be a duel situation with Chloe Griffith beating out Emilee Canepa for the top spot in this division.

The boys 9-10 age division counted with the biggest field of them all with 11 players fighting and grinding for a podium position. As the tournament unwinded three clear winners arose from the age group. Michael Geng whose 58 (E) par for the tournament would become the low round of the entire tournament took home first place, great round! Ethan Keusch had himself a day as well, shooting a 61 (+3) for the tournament and taking home a solid second place finish. Thomas Browning ended up being just 7 strokes off the pace and shot a (+7) tournament and ended up with a well deserved third place finish. 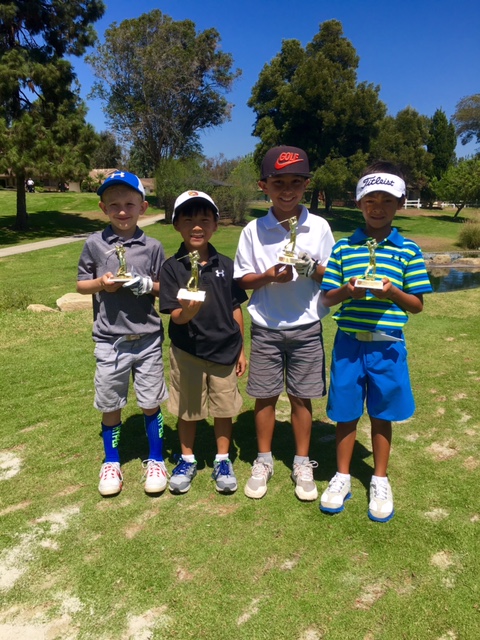 The girls 9-10 age division had a great group of girls go out and try to find some birdies on a course that yields very few. Kayla Geng didn’t find any birdies but she did find a whole bunch of pars making thirteen of them on her way to claim victory. Sky Pascual and Sarah Zhao respectively took home second and third place, Pascual beat Zhao by one stroke! Great playing!

The boys 7-8 age division is always a fun one and this weekend was no exception with a tight battle being played throughout the round. Trenton Bascon eventually come out on top of the group beating the field by the smallest of margins. Aiden Difutorum finished just one stroke off the lead and took home second place. While Jeffrey Kim continues to find a way to make it to the podium and took home third place. Watch out for these kids in the future! 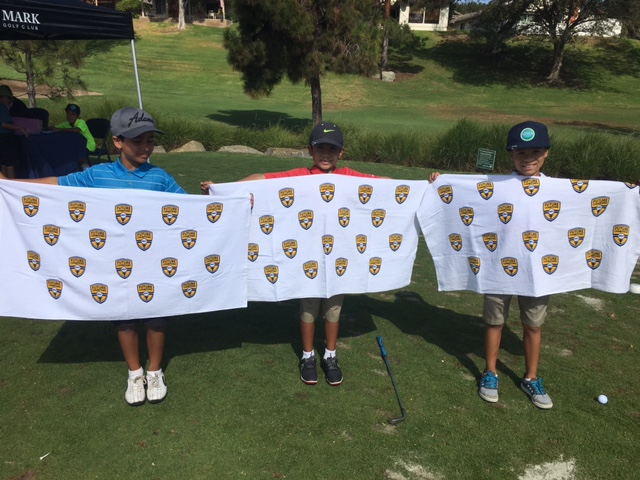 The girls 7-8 age division turned into a contest between two junior golfers, Emma Molina and Janette Dunn. Emma molina seemed to have her complete game in order when she shot a 33 (+5) and took home first place. Janette Dunn battled her way into the clubhouse and took home a great second place finish. 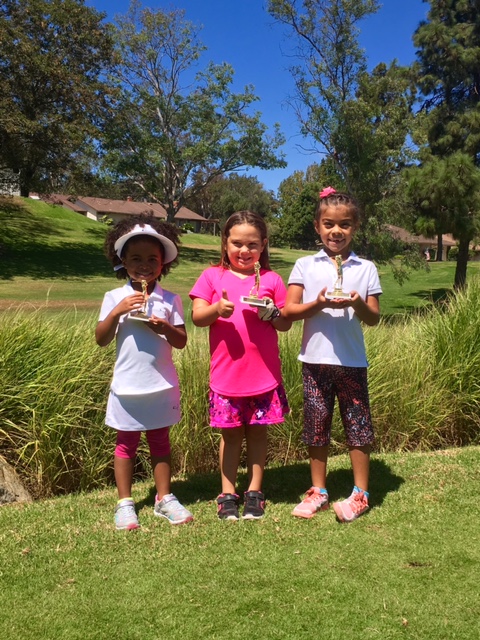 We want to thank all the parents for coming out and participating in our events. It is our best interest to the grow the game of golf and develop not only quality golfers but also quality human beings. We hope to see you at our next event for some great golf but most of all for a great time.