The weekend of June 4th took Future Champions Golf out to Colina Park Golf Course for the Kids Tour Spring Championship. The day was highlighted by a light breeze and a heat of about 95 degrees. The players started out play on several different holes in a shotgun manner right at 12:30pm and each player played 18 holes. The tricky course demands accurate shots off the tee and excellent command over their short games. Moving forward in our recap we advance forward onto our champion spotlight.

The Boys 11-14 division would be the first to receive awards, as we moved from eldest to youngest on the awards table. Nikko De Castro from National City, CA became our champion after shooting 52(-2). Second place was a tie between Jacob Paule from Chula Vista, CA and Lorenzo Neilson from Menifee, CA after both boys shoot 57(+3). The card off between the two would result in Lorenzo Neilson finishing in second place, leaving Jacob Paule, who finished in third place after the card off.

The Girls 11-14 division would receive their trophies just after the Boys 11-14 division. Kristian Wilmes from Carlsbad, CA became our Spring Champion after she shot 55(+1), a solid round of golf. Second place went to Diane Tang from San Diego, Ca after she shot 64(+10). Lastly, third place was a tie between Lauren Coast from Rancho Bernardo, Ca and Carissa Freeman from La Mesa, CA after they shot 69(+15). After the card off, Carissa Freeman would be our third place finisher with the lower score on hole 18. 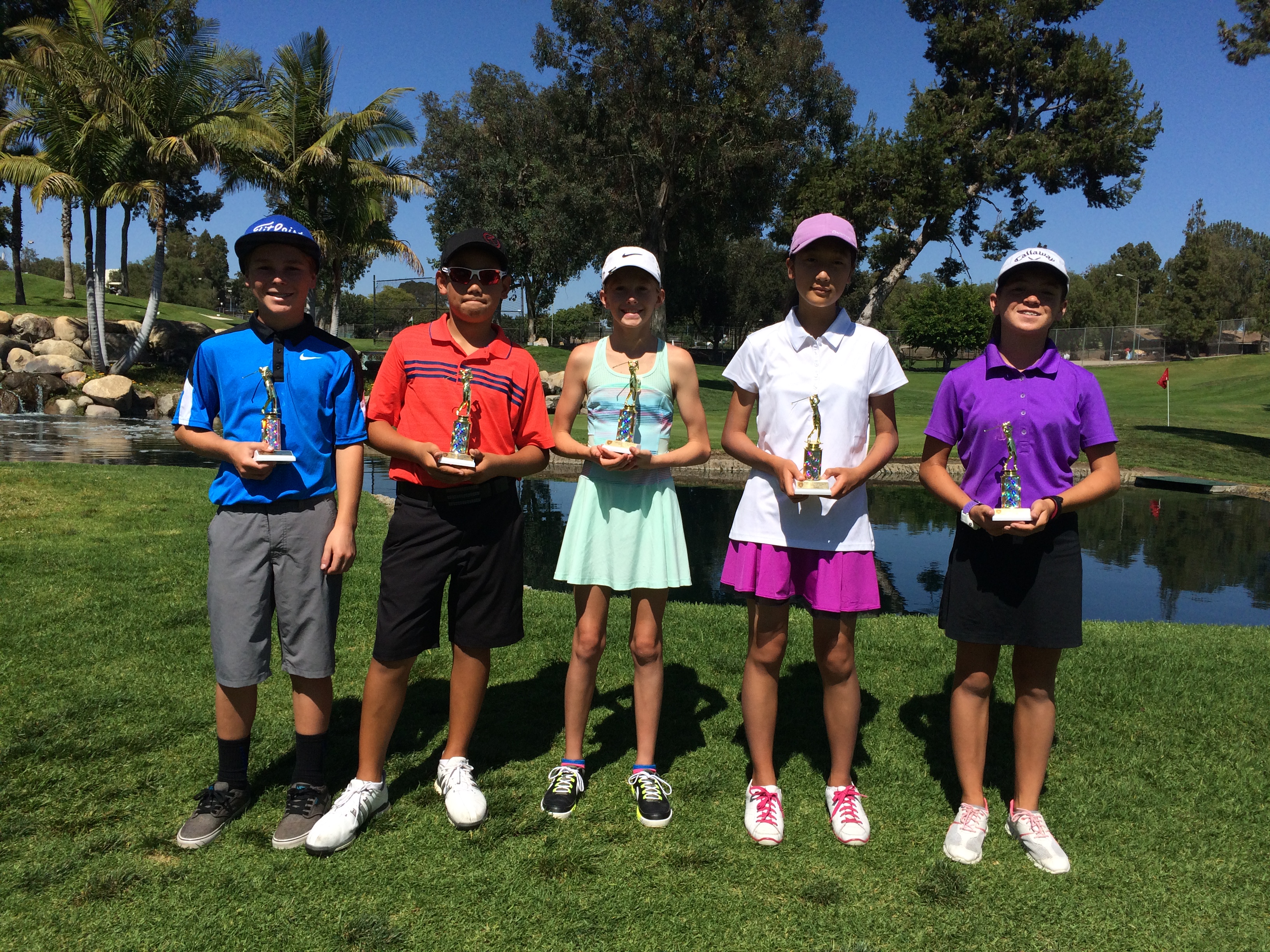 The Boys 9-10 division was the third to get their awards and was more of a duel between two of our regular kids tour champions. Kai Salinas from San Diego, CA shot 65(+11) and was awarded the first place trophy. Jaiden Davis from Chula Vista, CA shot 68(+14) and received the second place trophy for his efforts. 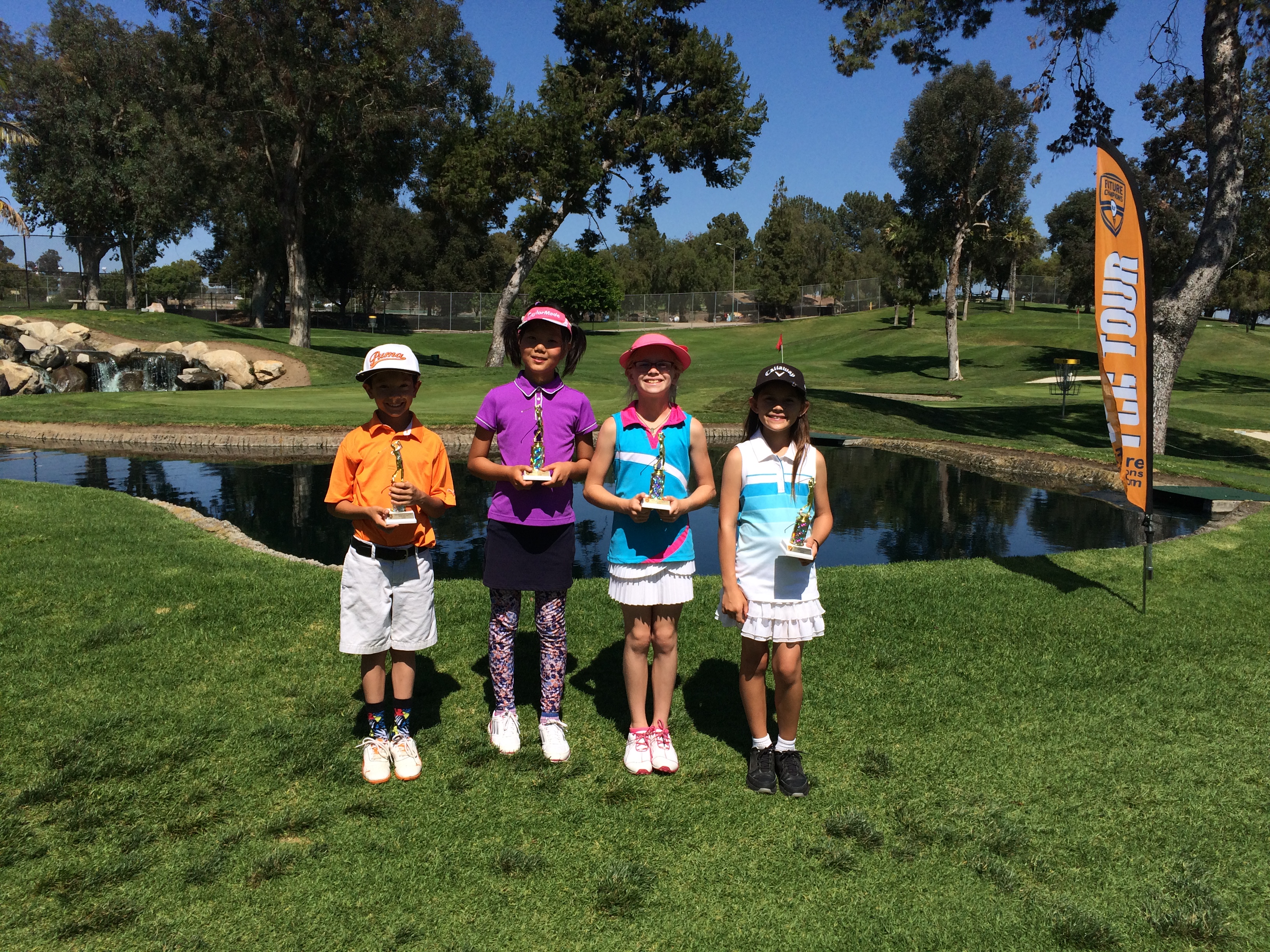 Next up in our champion spotlight is the Boys 7-8 division. Daniel Chazen from La Jolla, CA shot 68(+14) and took home the first place trophy. Dylan Giang from San Diego, CA took home the second place trophy after shooting 77(+23). Finally, Kaden Pringle from Oceanside, CA shot 85(+31) and was awarded the third place trophy.

The Girls 7-8 division was one of the last few to receive their awards. Summer Schafer from Ramona, CA shot 65(+11) for her win at the Kids Tour Summer Championship. Jordin DeOcampo from Chula Vista, CA shot 78(+24) and took home the second place trophy. 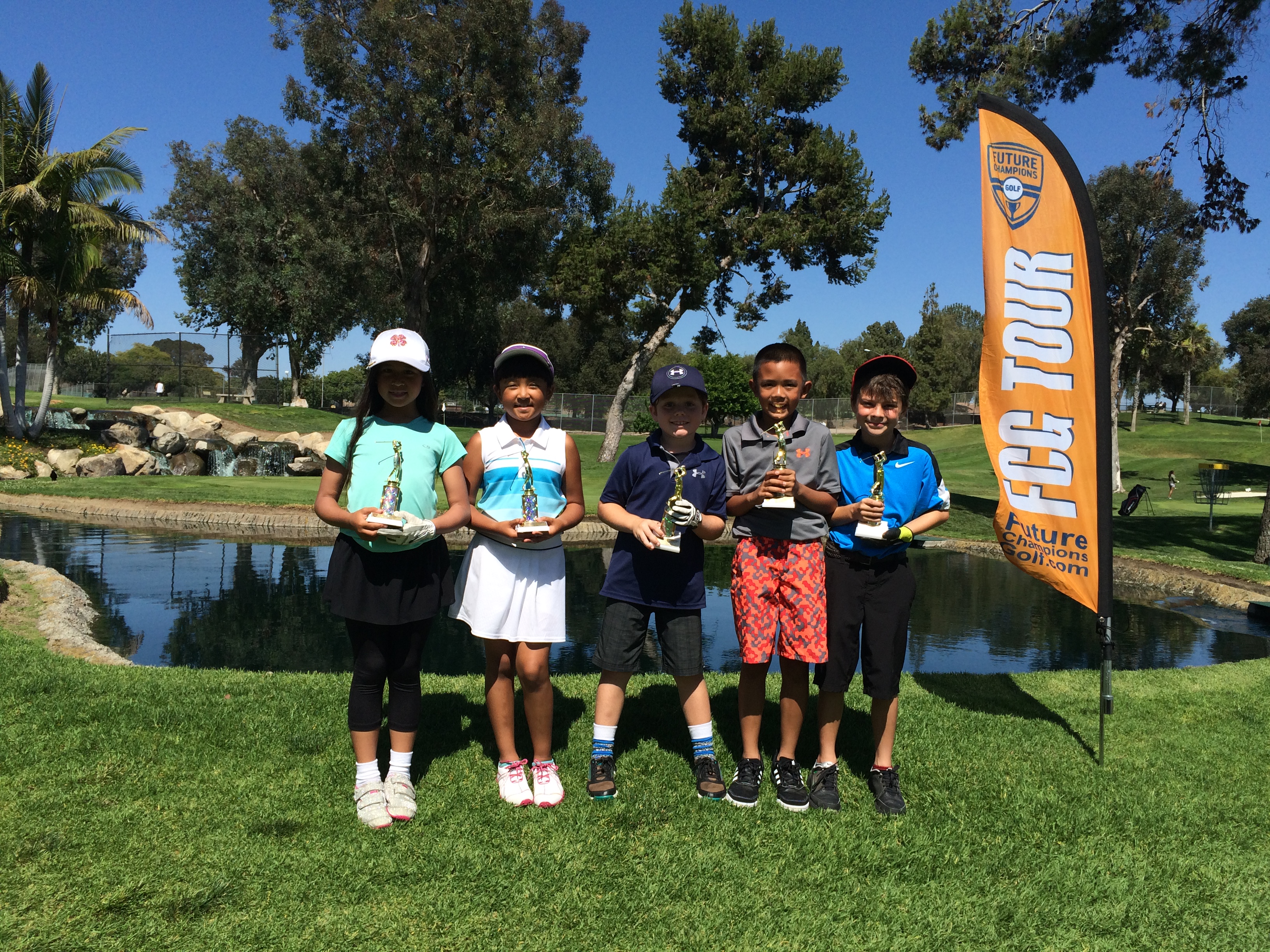 The Boys 6 and under division was the second to last division to receive awards. Woorin Ninh from Huntington Beach, CA shot 62(+8) and was awarded the first place trophy. Second place went to Connor Szczechowicz from Chula Vista, CA after shooting 64(+10).

The Girls 6 and under division would receive their trophies last. Zoe Salinas from San Diego, CA shot 64(+10) and was awarded with the first place trophy. Emma Molina from La Mesa, CA took home the second place trophy after shooting 75(+21). Finally, third place went to Janette Dunn from San Diego, CA after she shot 89(+35). 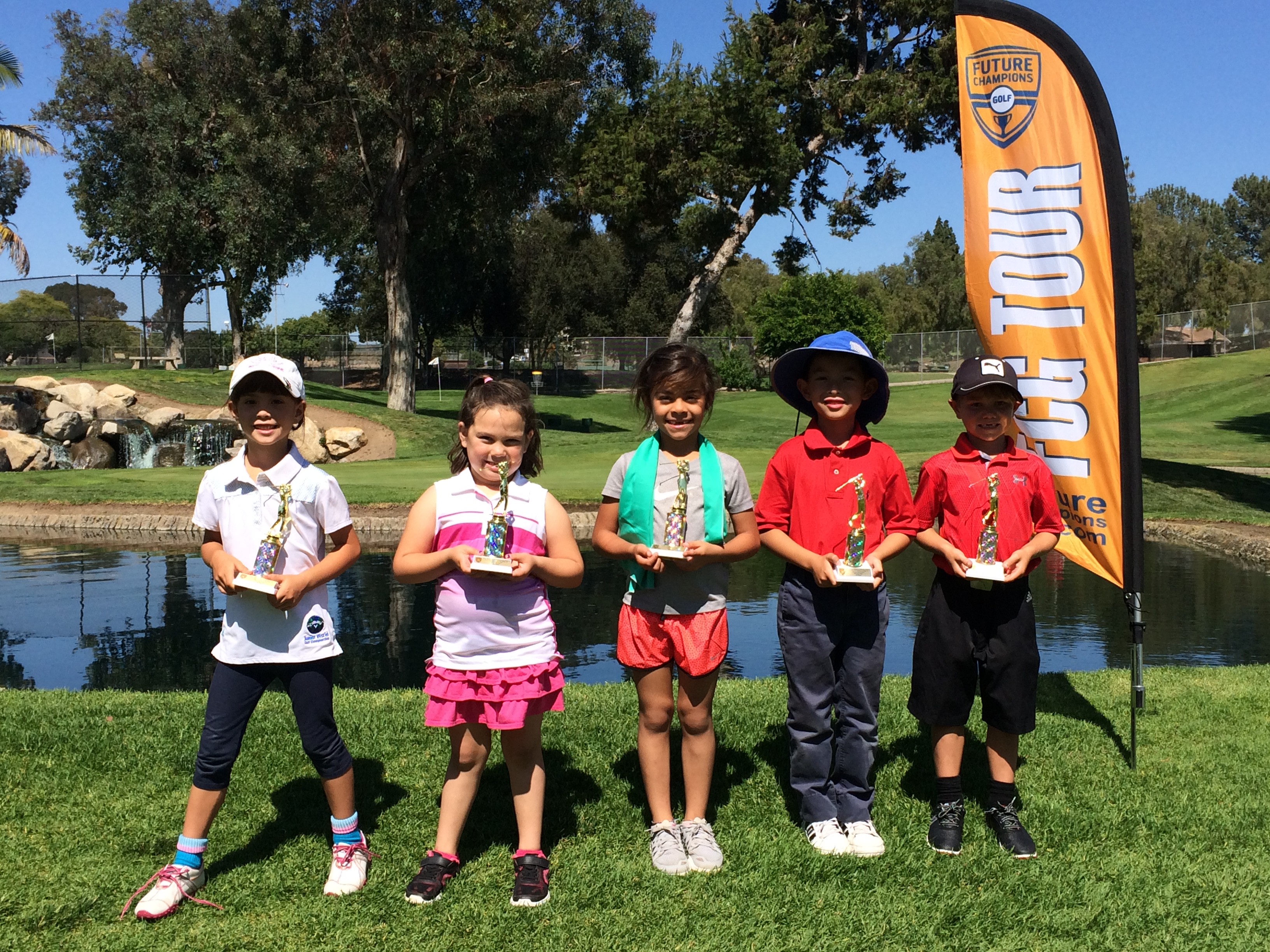