Future Champions Golf celebrated this past Memorial Day Weekend with several events in various locations. This recap will focus on the Memorial Day Championship at Carlton Oaks in Santee, CA. The event held at Carlton Oaks, one of the most challenging courses in San Diego, would be the stage for the 12 and under division but also played host to one of our collegiate events! Though the course played as tough as ever, players did their best to go low on the challenging track and many made this event one to remember. Before we kick off the main event recap we will start things off by reviewing the FCG Memorial Day Collegiate Championship.

The FCG Memorial Day Collegiate Championship would play from the black tees at nearly 7200 yards, a championship distance if ever there was one. Frank Frisbee became our champion after shooting 85-78 for a two day total of 163(+19). Mateo Valles took home the second place award after he shot 81-90 for a tournament total of 171(+27). Finally, Vincent Martinico shot 93-88 for a two day total of 181(+37), and is awarded the third place trophy for his efforts. 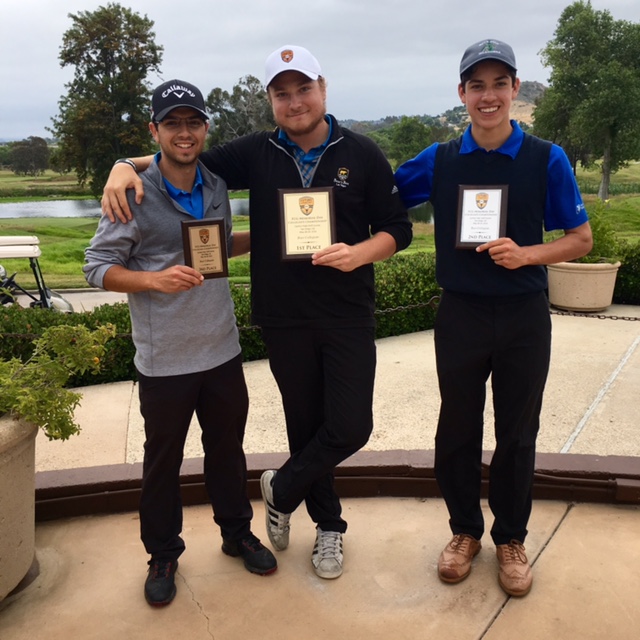 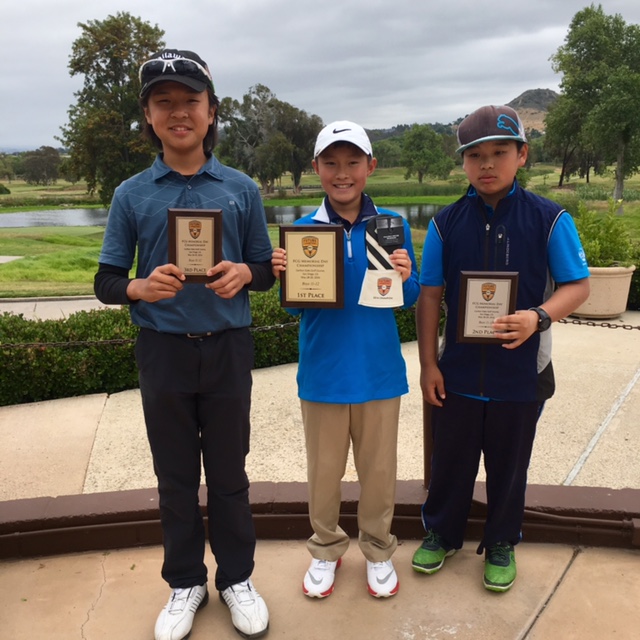 The Girls 11-12 division would come into scoring next after two days of play from the red tees at 5100 yards. Isabella Ranches from San Diego, CA would trail after day one but would end up winning, shooting 84-81 for a two day total of 165(+21). Keira Wang from Palos Verdes Estates, CA took home the second place plaque after she shot 83-85 to total 168(+24) for the tournament. Third place was awarded to Jiya Dalal from San Diego, CA after she shot 83-86 for a two day total of 169(+14). 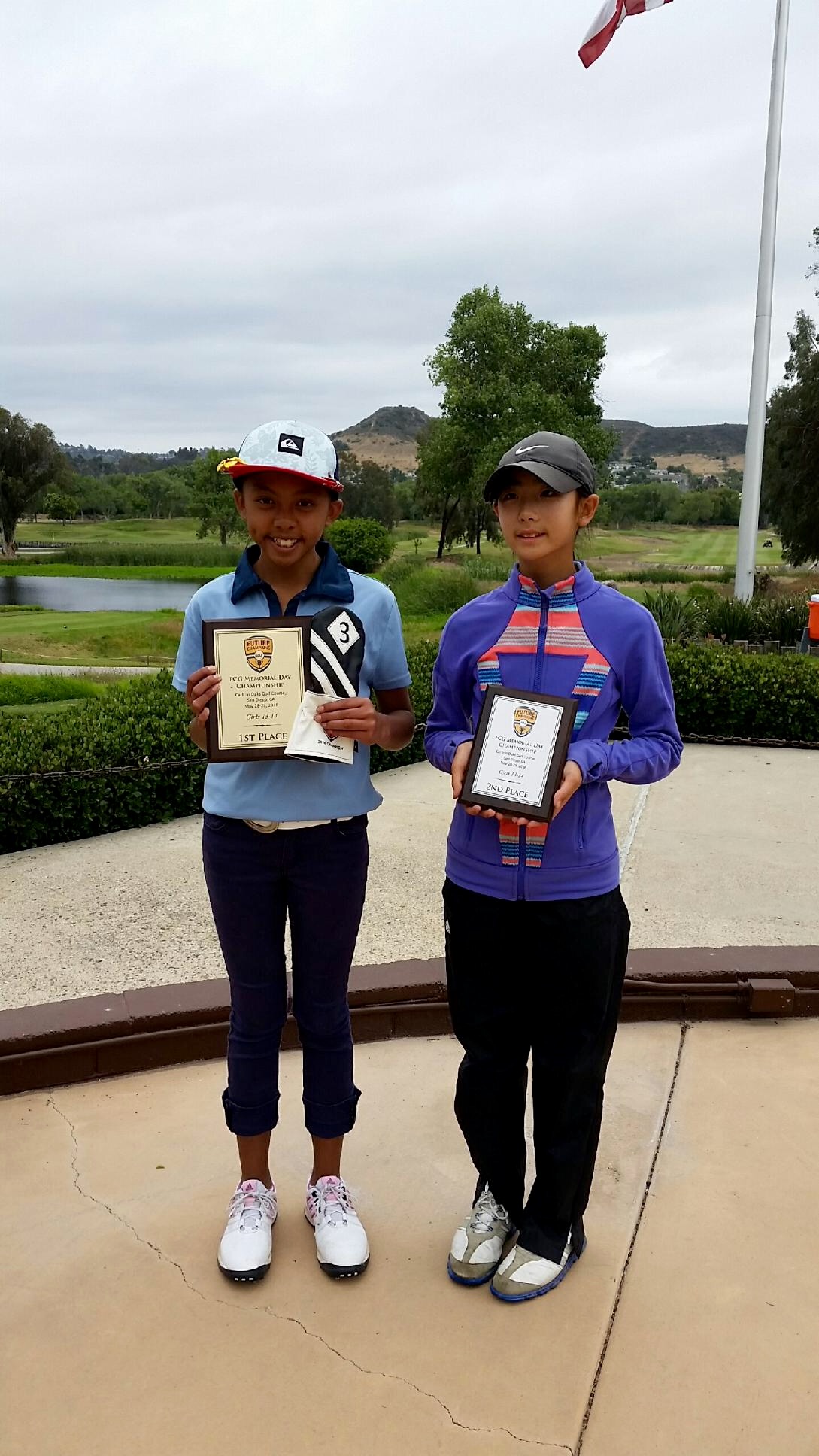 The Boys 9-10 division would be the final division to play 36 holes from the red tees. Kush Arora from Pleasanton, CA shot 74-73 for a two day total of 147(+3) and is awarded with the first place trophy. Chris Anguelov from San Diego took home the second place award after he shot 90-97 for a two day total of 187(+43). Meanwhile, the Girls 9-10 division featured Chloe Griffith, who shot identical 41-41 to total 82(+10) for the tournament, as the champion at the end of play. 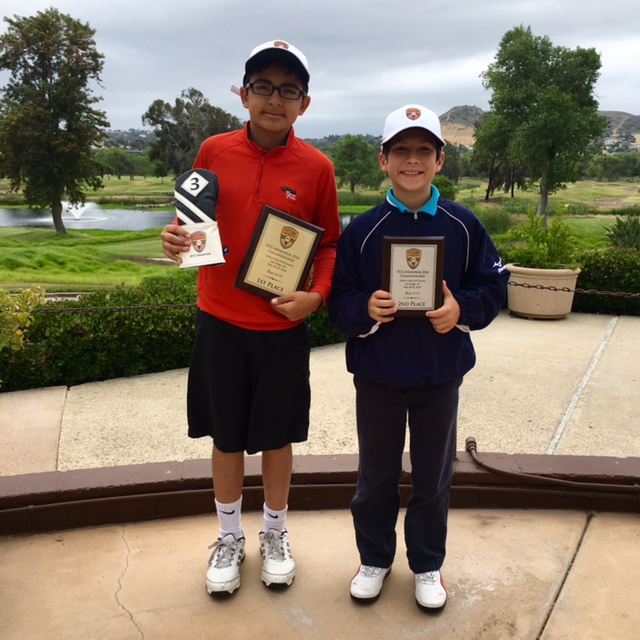 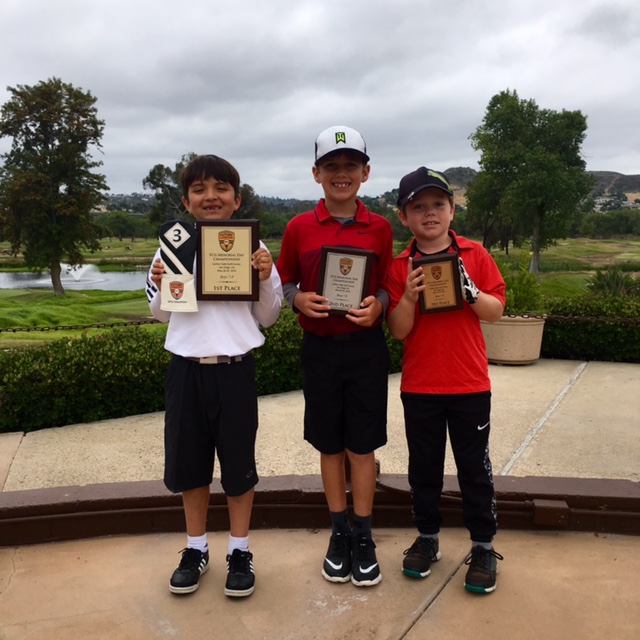 Finishing off the event from the FCG tees and last to come in to scoring was the Girls 8 and under division. Summer Schafer from Ramona, CA shot 43-45 to total 88(+16) for the tournament and takes home the first place trophy after some solid play. Zoe Salinas from San Diego, CA took home second place after shooting 50-51 for a two day total of 101(+15). 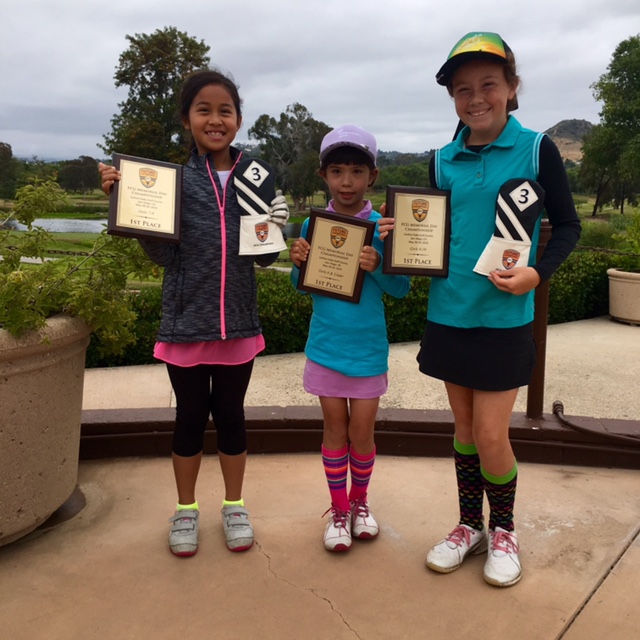 Future Champions Golf would like to extend thanks to all staff, volunteers, players, and of course, the parents. Without all of you, FCG would not be able to provide the competitive and exciting atmosphere that we have all come to enjoy at events of this magnitude. Future Champions Golf would also like to recognize Carlton Oaks Country Club for all their assistance and allowing us to host our event at their facility. Finally, we would like to offer a special thank you to Callaway golf for providing one dozen Callaway Chrome Soft golf balls and a hat as a tee prize to all competitors. Once again thank you for all the support, we look forward to making your next experience with Future Champions Golf as rewarding as this one!