Hello to all and holiday greetings from the FCG family. We have plenty of action to report from the past weeks.                 The National Tour Vegas Classic took place on Saturday, November 19th through the 20th. We are always excited to host such a special event over in our neighbor state of Nevada. Players from all across the country flocked to the Desert City in order to test their skills against a great looking golf course. World Championship exemptions were on the line as players seemed anxious to get the tournament under way. 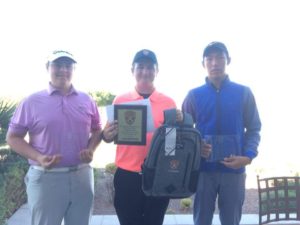 The boys college prep division had a strong 12 player field attend the event and players were in for quite a treat with the weather conditions. Sean Breen of Temecula, CA had a great time on the golf course carding rounds of 69 and 72 en route to a solid first place finish and an invitation into next years World Championship. Dylan Fritz of Las Vegas, NV did his very best on the final day to try to catch up to the leader with two birdies and an eagle en route to a second round 71 and a solid second place finish. Bo Jin of Encinitas, CA rounded up the podium with a two day total of 145 which included six birdies throughout the weekend. 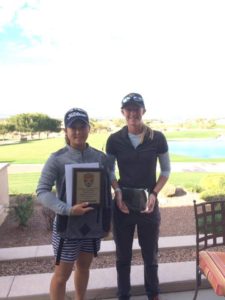 The girls college prep division had 14 girls register for a chance to win an invitation into next years World Championship. Euna Han of Coquitlam, British Columbia traveled far and wide in order to claim the top spot for this Las Vegas Classic. A pair of 71’s with 9 birdies over the weekend was enough to claim the top spot and an invitation to our World Championship. Joys Jin of Encinitas, CA had a great first round 70 that included five birdies but the putter found a cold streak on day two and ended up in second place. Bethany Bullers of La Quinta, CA had a great first round 73 that included three birdies on the card, she held on the second day in order to grab a solid third place for the tournament. 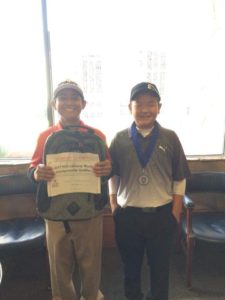 The boys 13 and 14 year old division was well represented by two golfers Ian Fritz and Tyler Pham both out of Las Vegas, NV. Ian came out on top this weekend piecing together rounds of 74 and 76 in order to claim the top spot. Tyler Pham had a pair of birdies throughout the weekend and wound up with a very solid second place finish. 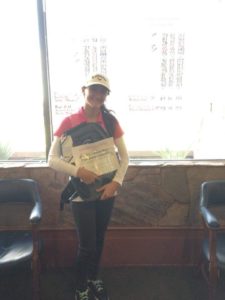 The girls 14 and under division had a sole representative in Victoria Lee out of Carlsbad, CA she managed a birdie on the second day on the par 4 15th en route to claiming the top spot for her division. 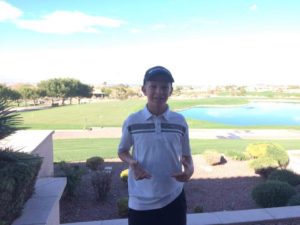 The boys 11-12 year old division had two great representatives with Vincent Kyle Forbes and Daichi Molde both out of Nevada. Vincent pieced together two rounds in the mid-seventies that included six birdies for a two day total of 154 and the victory. Daichi had a great tournament and battled through a rough start on Saturday and wound up with a solid second place finish. 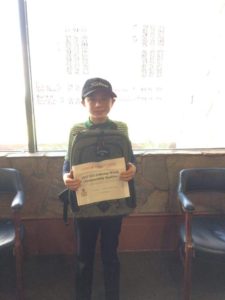 The boys 10 and under division had a sole representative in Shaun Thompson Jr out of Fulshear, Texas. Shaun traveled pretty far in order to get into this event and with 4 birdies over the weekend, I’m sure he was all smiles on the way home.

Future Champions Golf would love to thank everybody that makes these kind of events possible. The undeniable support from other golf professionals and golf courses is a key ingredient in hosting a successful junior golf event. Please don’t forget to check out our upcoming events in our website and remember that every win on the national tour is an automatic invitation to next year’s World Championship.