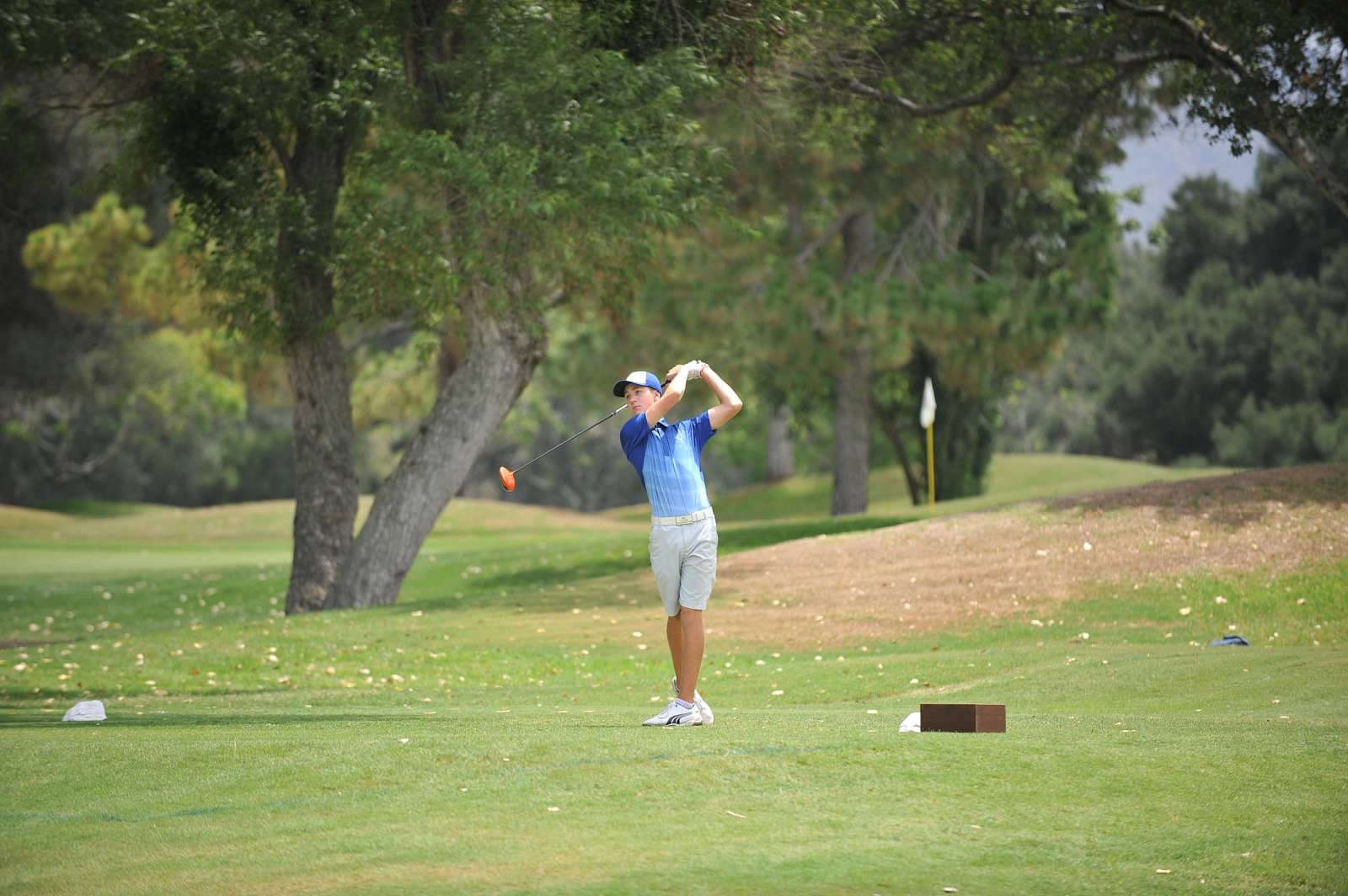 Future Champions Golf National tour found itself in Temecula at The Legends Golf Club, formerly the Temeku Hills Golf Club. The greens rolled fast and were very receptive to all golf shots. Though the course is not particularly long, many tee shots require accuracy rather than slamming it down fairway with a driver. The first day of play brought strong winds and clouds that provided for a rather blustery and cold day. The second day was perfect golf weather with light winds and brilliant sunshine. Without further ado, lets move on to our champion spotlight.

The Boys college prep division would lead the pack as they were the first ones off the tee. Alexander Yang from Carlsbad, CA would be the champion after shooting 70-74 for a two day total of 144(E). Second place was awarded to Woo Kyung Kim from Temecula after his rounds of 72-73 for a total of 145(+1) for the tournament. David Brewer from Rancho Santa Fe, CA would end up shooting 76-70 for a tournament total of 146(+2) and was awarded with the third place trophy.

Congratulations to all players in our college prep divisions; we look forward to watching your play at the next National Tour event.

Congratulations to all players in our boys and girls 13-14 divisions, we look forward to your next National Tour event.

The boys 11-12 division would be the first to be awarded trophies, as they played a single day at The Legends Golf Club. Steven Deutsch from Sun City, CA would shoot 81(+9) to take home the first place award, not a bad weekend for the soon to be 13 year old. Jacob Paule from Chula Vista, would play in his first tournament where his brother wouldn’t be his caddie, and would shoot 82(+10) very nearly forcing a playoff, and is awarded the second place trophy. Congratulations to all our boys 11-12 division competitors, we hope to see you at the next FCG National Tour event.

The Boys 10 and under division is the last division to come in after the first round and would put on quite a show for all spectators. Kent Karlstrom from Rancho Mirage would find his groove on the course and takes home the first place trophy after shooting 81(+9). Second place was awarded to Antonio Barbosa from Chula Vista, CA after he shot 86(+14) on the tough track. Ethan Hong from Los Angeles would shoot 89(+17) and takes home the third place trophy after a great round.

Congratulations to players in our 10 and under divisions, we look forward to watching you play at the next FCG National Tour event.

Future Champions Golf would like to extend thanks to all staff, volunteers, players, and of course, the parents. Without all of you, FCG would not be able to provide the competitive and exciting atmosphere that we have all come to enjoy at events of this magnitude. Future Champions Golf would also like to recognize The Legends Golf Club at Temeku Hills for all their assistance and allowing us to host our event at their facility. Finally, we would like to offer a special thank you to Callaway Golf for providing one dozen Callaway Chrome Soft golf balls and a hat to each competitor and SKLZ for providing a putting mirror as a tee prize to all competitors. We would also like to recognize EPSON for providing four M-Tracer units for each of our champions in the Boys and girls college prep and 13-14 divisions. Once again thank you for all the support, we look forward to making your next experience with Future Champions Golf as rewarding as this one!