Beautiful San Clemente, the Spanish village by the sea, would be our host locale for this past weekend’s FCG National Tour San Clemente Championship. San Clemente Golf Course would prove to be quite a challenge for the players regardless of a seemingly straight forward layout. Several steeply sloped tee shots and winds gusting to over forty miles per hour during the first day of play would compound to create some incredibly tough golfing conditions. Despite the tough weather, some players thrived in the caustic conditions, that being said; let’s continue on to our champion spotlight and tournament recap.

The Boys College Prep division is the first to come in for scoring after bearing the blustery conditions. William Hartford from La Jolla, CA would lead the way for the entire field and takes home the first place trophy after shooting 73-72 for a two day total of 145(+1). Second place was awarded to Jeffrey Herr from Palo Alto, CA after he shot 74-73 for a two day total of 147(+3). Reed Orren from San Diego, CA would take home the third place trophy after shooting 74-74 for a tournament total of 148(+4) and winning the card-off against Raymond Li. 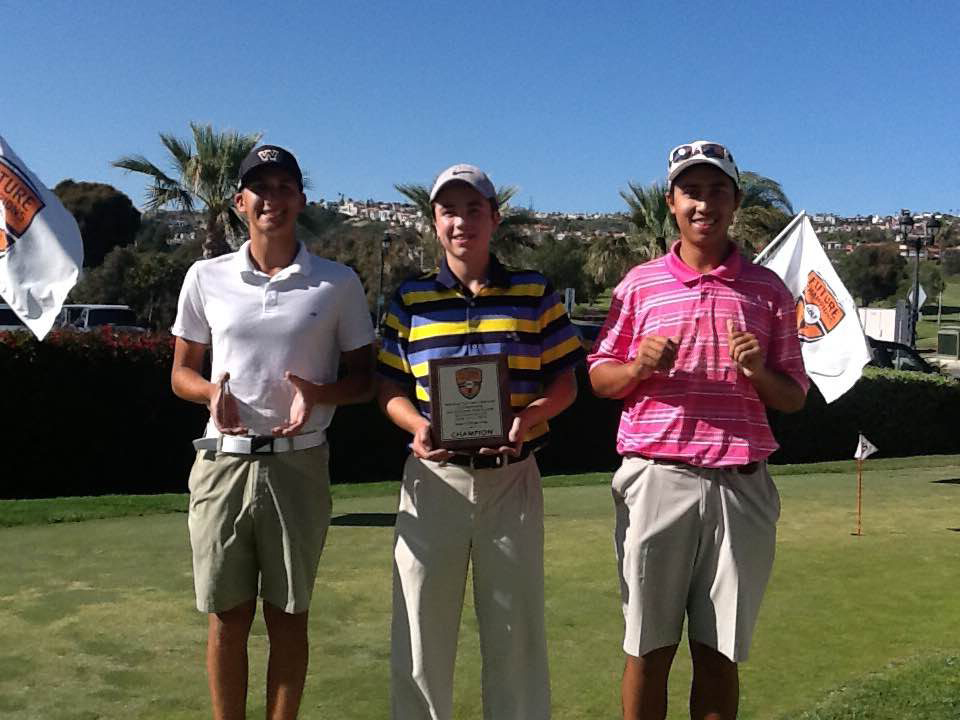 The Girls College Prep division followed the boys into scoring. The first place trophy was awarded to Keisha Lugito from Walnut, CA after she shot 79-77 for a two day total of 156(+10). Lauren Labow from Huntington Beach, CA would take home the second place trophy after shooting 80-77 for a two day total of 157(+11). Jaime Jacob from Encinitas, CA would shoot 84-76 for a tournament total of 160(+14) and wins the card off against Chloe Carraway to take home the third place trophy. 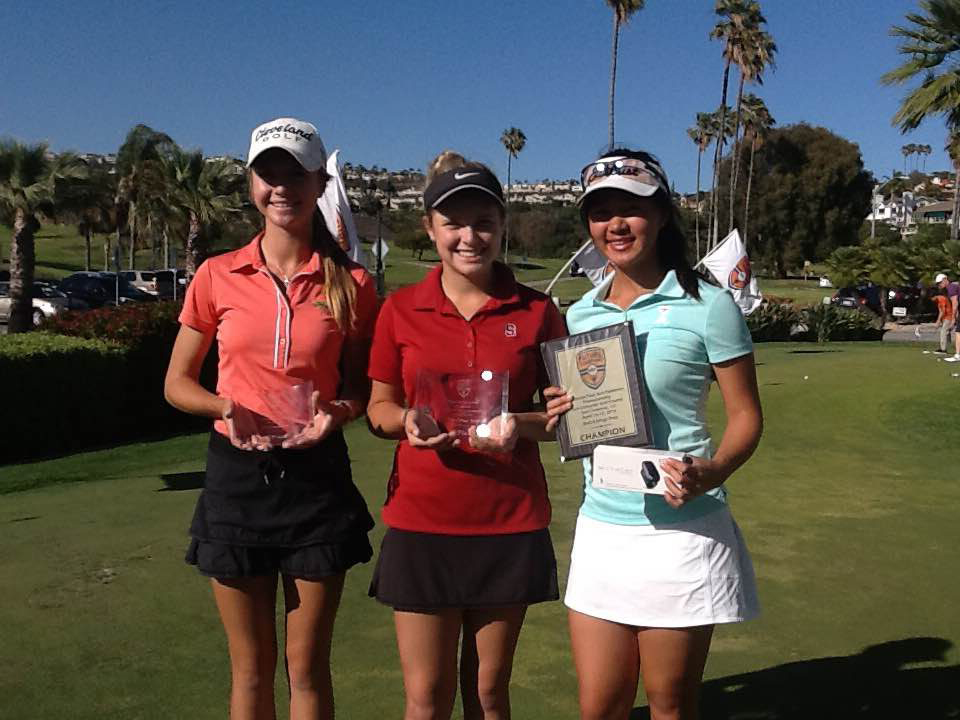 The Girls 14 and under were the only group other than our older divisions to play two days in San Clemente. Venecia Zaia from Murrieta, CA would shoot 84-84 for a two day total of 168(+22) and takes home the championship award. Victoria Lee from Carlsbad, CA shot 91-86 to total 177(+31) for the tournament. 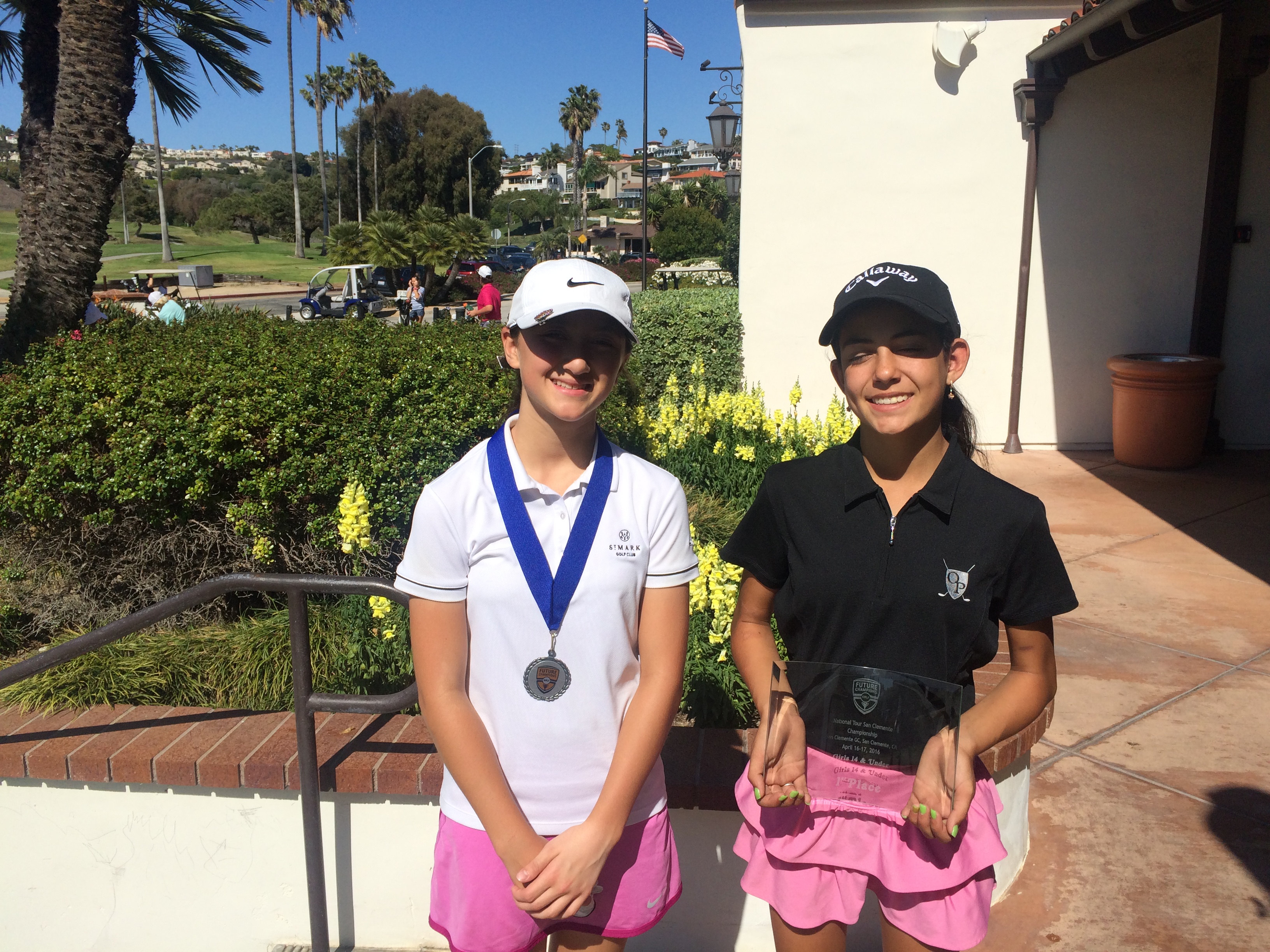 The Boys 11-12 division would kick off play on Saturday when the winds were swirling back in forth, making for some interesting shot decisions. As with the old divisions, some players thrived in the strong winds and Rei Harashima from Chula Vista, CA is proof of that. Harashima would shoot 76(+3) and takes home the championship award. Second place was awarded to James Whitworth from Carlsbad, CA after his round of 82(+9). Finally, Ethan Nguyen from Escondido, CA shot 86(+13) and takes home the third place award. 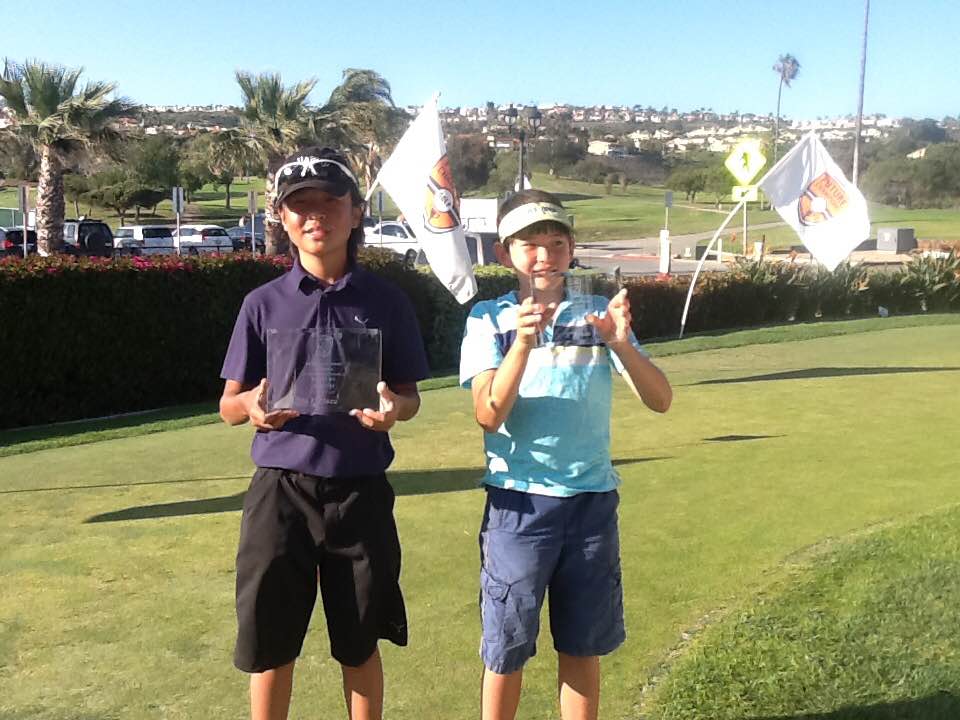 Though the Boys 10 and under division teed off when the winds were at their fiercest, none of them seemed to mind, especially given the first hole was down wind. Antonio Barbosa from Chula Vista, CA would shoot 87(+14) and takes home the first place award. Second place was awarded to Ethan Hong from Los Angeles, CA after he shot 91(+18). Lastly, Andrew Rodriguez from San Pedro, CA shot 99(+26) and takes home the third place trophy. 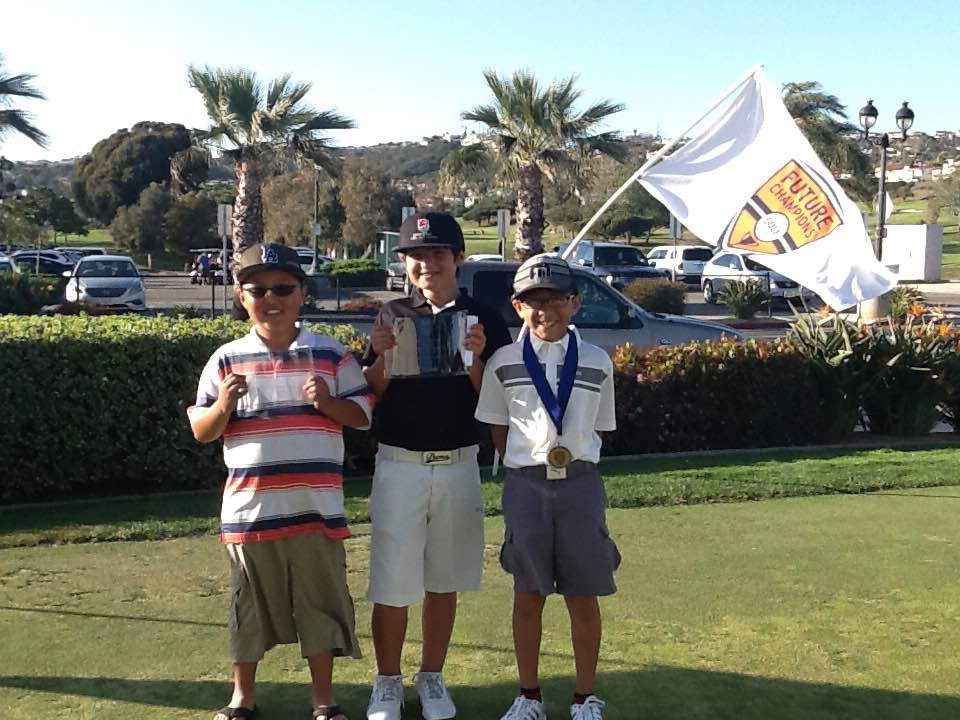 Future Champions Golf would like to extend thanks to all staff, volunteers, players, and of course, the parents. Without all of you FCG would not be able to provide the competitive and exciting atmosphere that we have all come to enjoy at events of this magnitude. Future Champions Golf would also like to recognize San Clemente Golf Course for all their assistance and allowing us to host our event at their facility. Finally, we would like to offer a special thank you to Callaway golf for providing Callaway Chromesoft golf balls and SKLZ for providing Practice Pods as a tee prize to all competitors. Once again thank you for all the support, we look forward to making your next experience with Future Champions Golf as rewarding as this one!

Have you qualified for the FCG Elite Player System?