The Future Champions National Tour made a stop over the weekend at Temecula Creek Inn for our annual Veteran’s Day Championship. A lot was on the line this weekend as news has been spreading fast about the exemptions that are being given away for next years Callaway World Championship. A huge field turned out this past weekend and the golf course was in awesome shape. Let’s see how the field matched up against the golf course and who came out on top this past weekend. 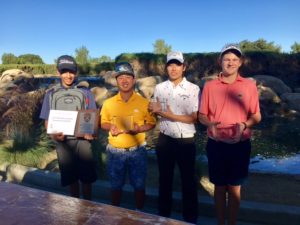 The boys college prep division had a huge field, 45 players in total, all going for that elusive podium. Xzavier Casarez of San Bernardino, CA was a benchmark of consistency over the weekend, stringing together rounds of 71 and 70 in order to shoot 141 (-3) for the tournament which was good enough to land first place and an invitation into next year’s World Championship. Yuki Moriyama of San Diego, CA took home second place with a solid weekend as well, 72 and 71 highlighted by a huge eagle on the back nine on sunday which made things interesting coming down the stretch. Kyoshiro Azumada of San Diego, CA had two rounds in the low 70’s and a final round 71 gave him the a one shot cushion in order to take home third place for the weekend. 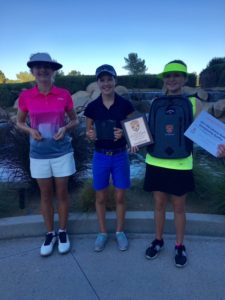 The girls college prep division had a huge field as well with 18 girls signing up for the chance to get theirs hands on that exemption. Hailey Stephenson from Las Vegas, NV had an amazing first day shooting a five under round of 67 with 8 birdies on the card and came home on Sunday with an even par 72 in order to claim the top spot for the weekend. Nicole Whiston of San Diego, CA brought in rounds of 72 and 73 over the weekend which allowed her to claim second place all to herself by one stroke. Joys Jin of Encinitas, CA carded six birdies over two days at Temecula Creek Inn and with rounds of 72 and 73 was rewarded with a solid third place finish for the tournament. 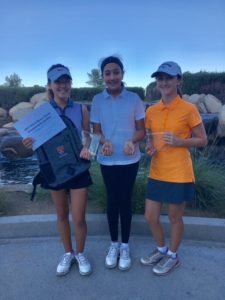 The girls 14 and under division had six players sign up for the event and everybody was excited to see what the golf course held in store for these players. Irene Park of Rowland Heights, CA had three birdies over the weekend which helped her put two sub-80 rounds together and claim the top spot for the tournament. Jiya Dalal of San Diego, CA had a birdie on number 10 on day one and used that momentum to place second overall! Victoria Lee of Carlsbad, CA rounds up the podium with a very nice third place finish. 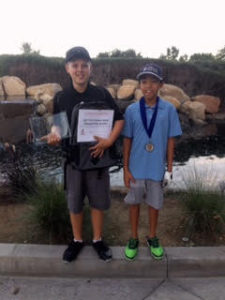 The boys 11-12 division were represented well by Phillip Kench of Del Mar, CA and Jacob Zhang of San Diego, CA. Phillip came out on top with a solid 86 and Jacob just three strokes behind with a nice 89. 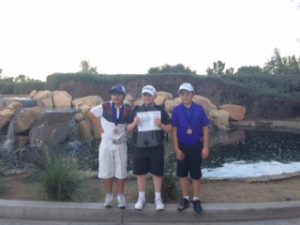 The boys 10 and under division had 5 players register for the event and boy was this fun to watch. Kent Karlstrom from Rancho Mirage, CA had a birdie on hole number 5 and used that momentum to shoot a solid 78 and take home the first place trophy. Antonio Barbosa of Chula Vista, CA had a birdie on hole 7 and shot a solid 83 for a second place finish. Ian Ricci ended his tournament day on a high note knocking in a birdie on 18 en route to shooting an 86 and took home third place honors.

Future Champions would like to remind you that events are being posted for next year and we have some vital information about our World Championship. Have a look at our website in order to see news and events that will help you grow in the game of golf.