FCG Step Up Tour at The Legends Golf Club

The weekend of April 23rd took Future Champions Golf to The Legends Golf Club in Temecula, CA, for the Step-Up Tour Temecula Challenge. Players had to stay within themselves if they wanted that coveted first place trophy, the punched greens would test every players’ adaptability. Without further delay, let’s continue on to our champion spotlight and tournament recap.

The Boys College Prep division was the first one off the tee this morning. They played from the gold tees, and despite the short distance of the course, the undulating fairways, sloped greens, and demanding pin placements would test the players’ mettle. Christopher Weedman shot 82(+10) and took home the first place trophy. Finishing a little ways behind him was Noah Drum, who shot 98(+26), ensuring his second place finish. 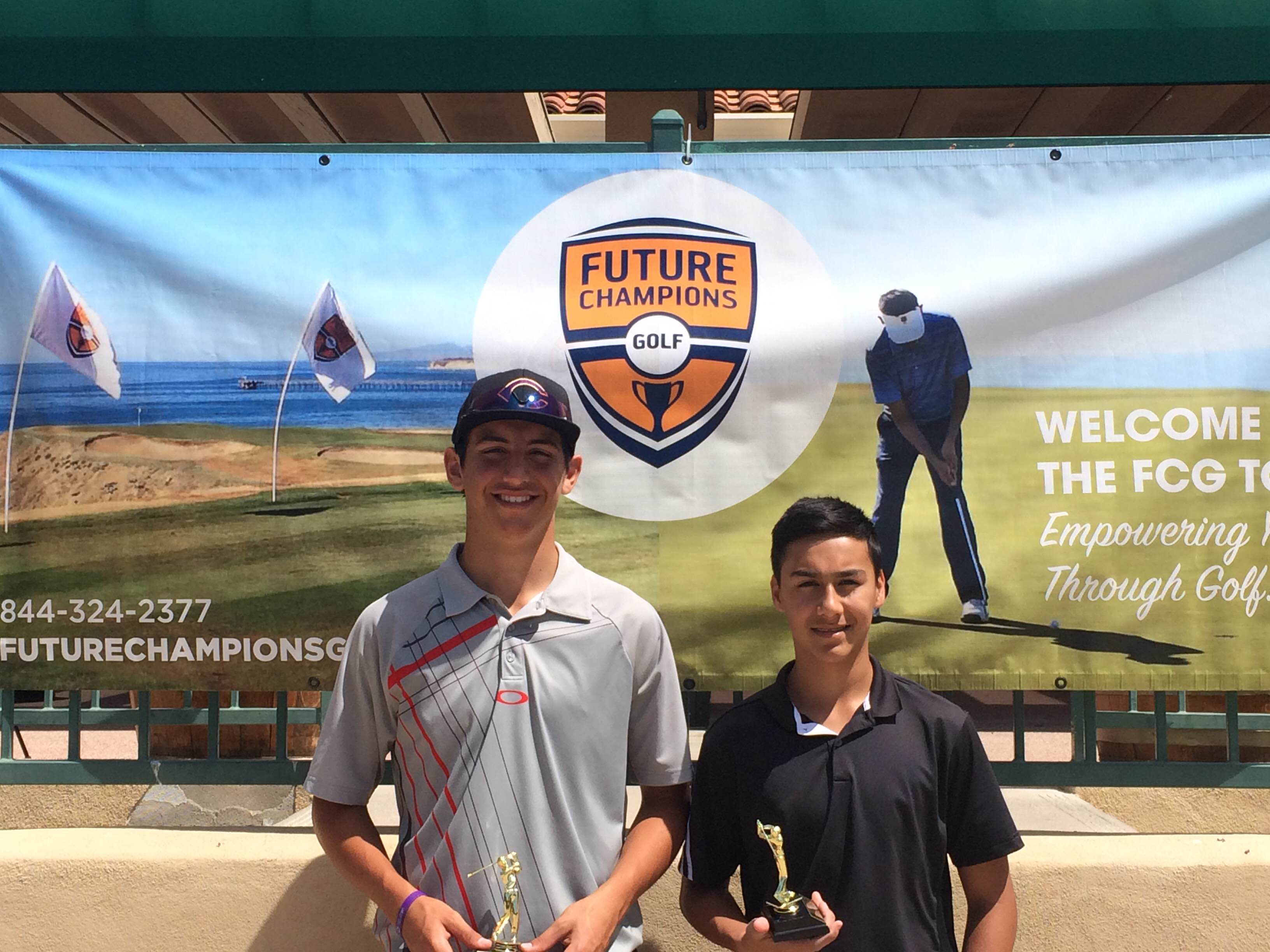 The next division to tee off was the Boys 13-14 group, which featured long time future champion tour players. The first place trophy was won by Arman Rahgozar, who shot 85(+13) on the tricky course. Nolan Ward finished just behind Rahgozar, taking home the second place trophy after shooting 86(+14). Finally, Louis Techahongsa would shoot 91(+19) to take home the third place trophy. 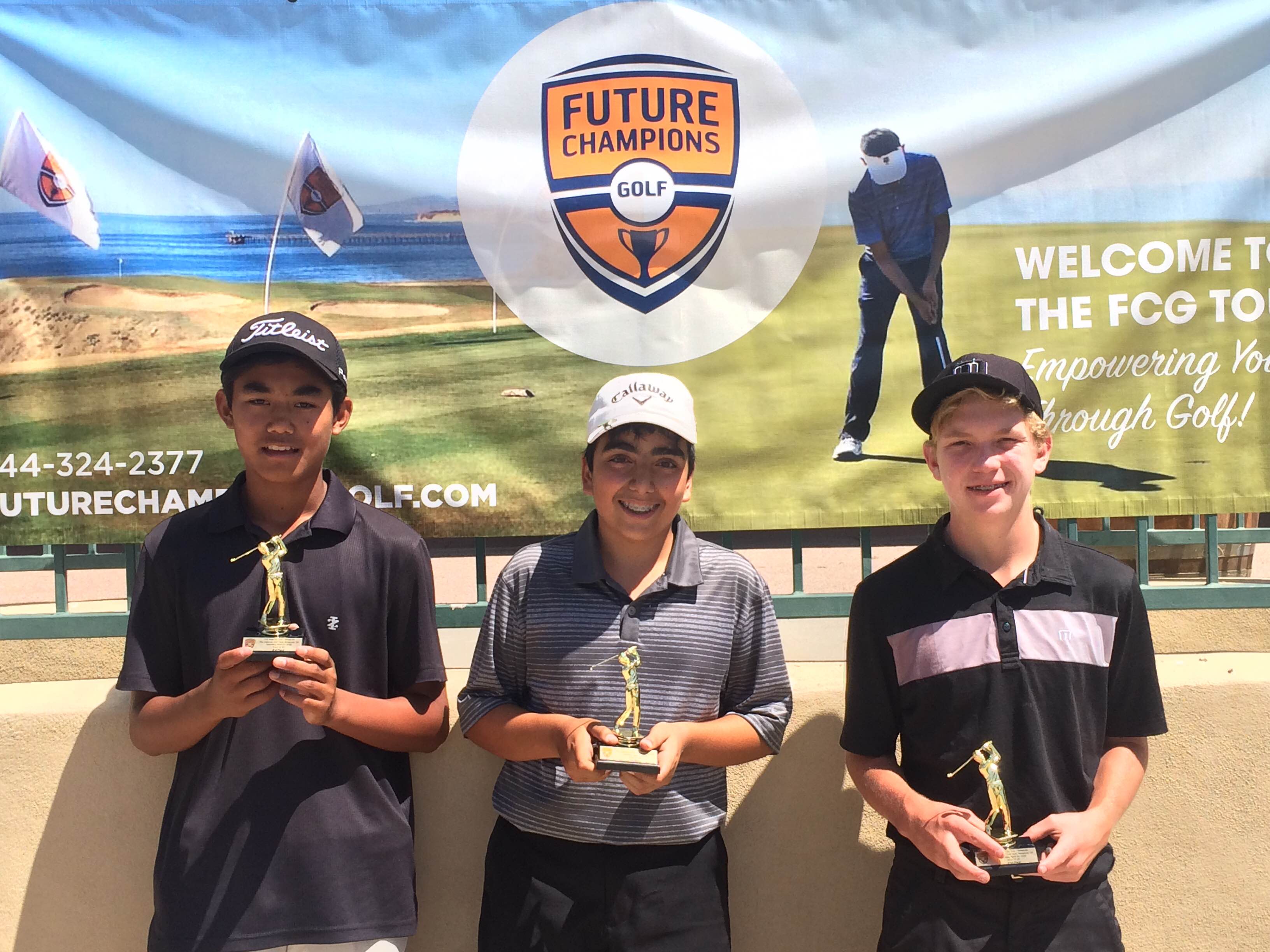 The Girls 14 and under division would trail just behind the boys 13-14 groups, and would play well given the conditions during play. Avalon Woodward became our champion after shooting 77(+5), one of the lowest rounds of the day. Queen Igbineweka took home second place after she shot 85(+13) for her trophy. Lastly, Lauren Coast was awarded the third place trophy after shooting 108(+36). 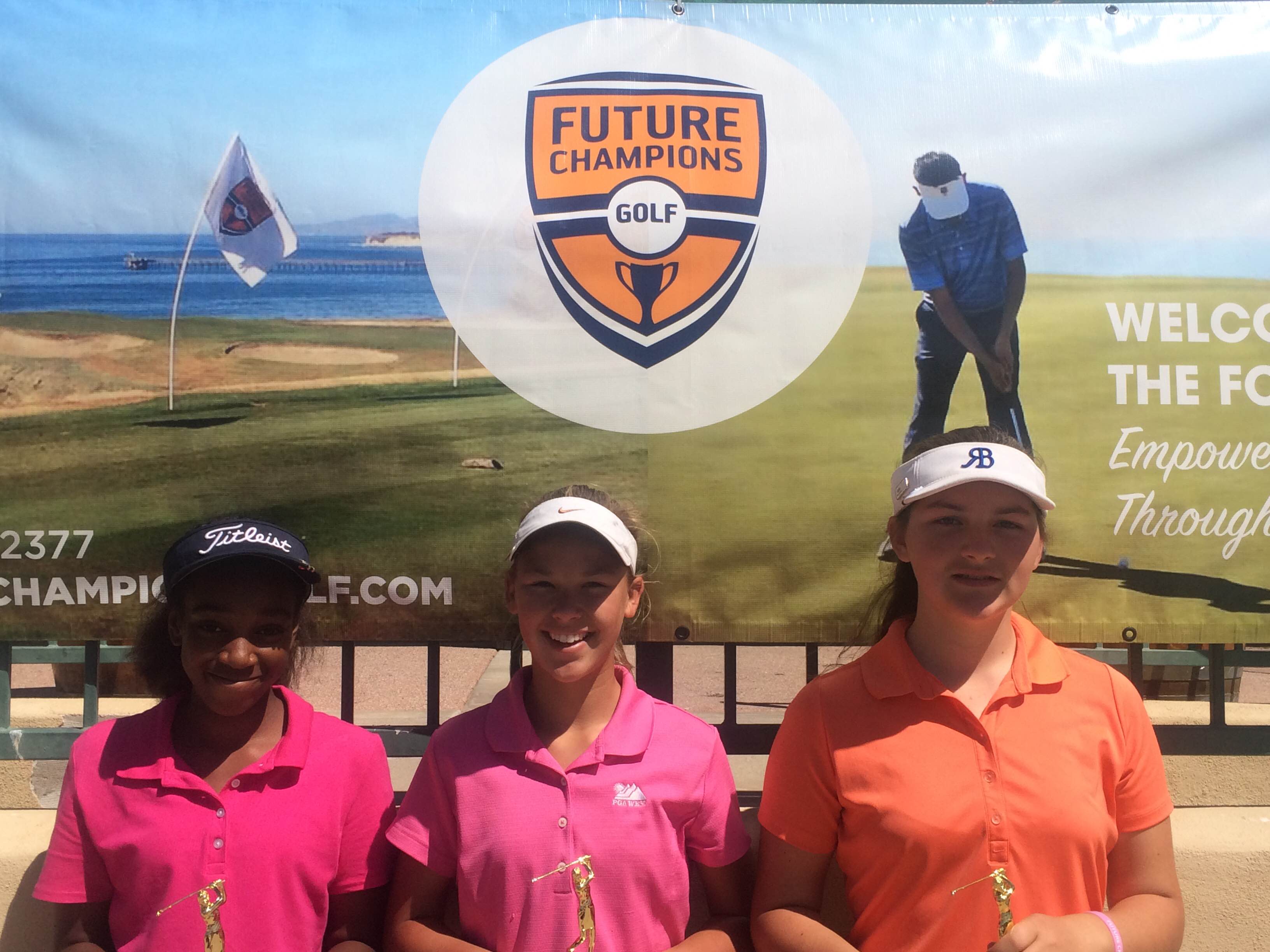 The Boys 11-12 division was one of the most contested divisions in the field. First place went to Jacob Paule after he shot 74(+2). Hugh Bogan took home the second place trophy, nearly catching Paule after some well played golf. He shot 78(+6). Bear Huff shot 83(+11) and took home the third place trophy for his efforts. Finally, Caden Flores took home the fourth place award after shooting 89(+17). 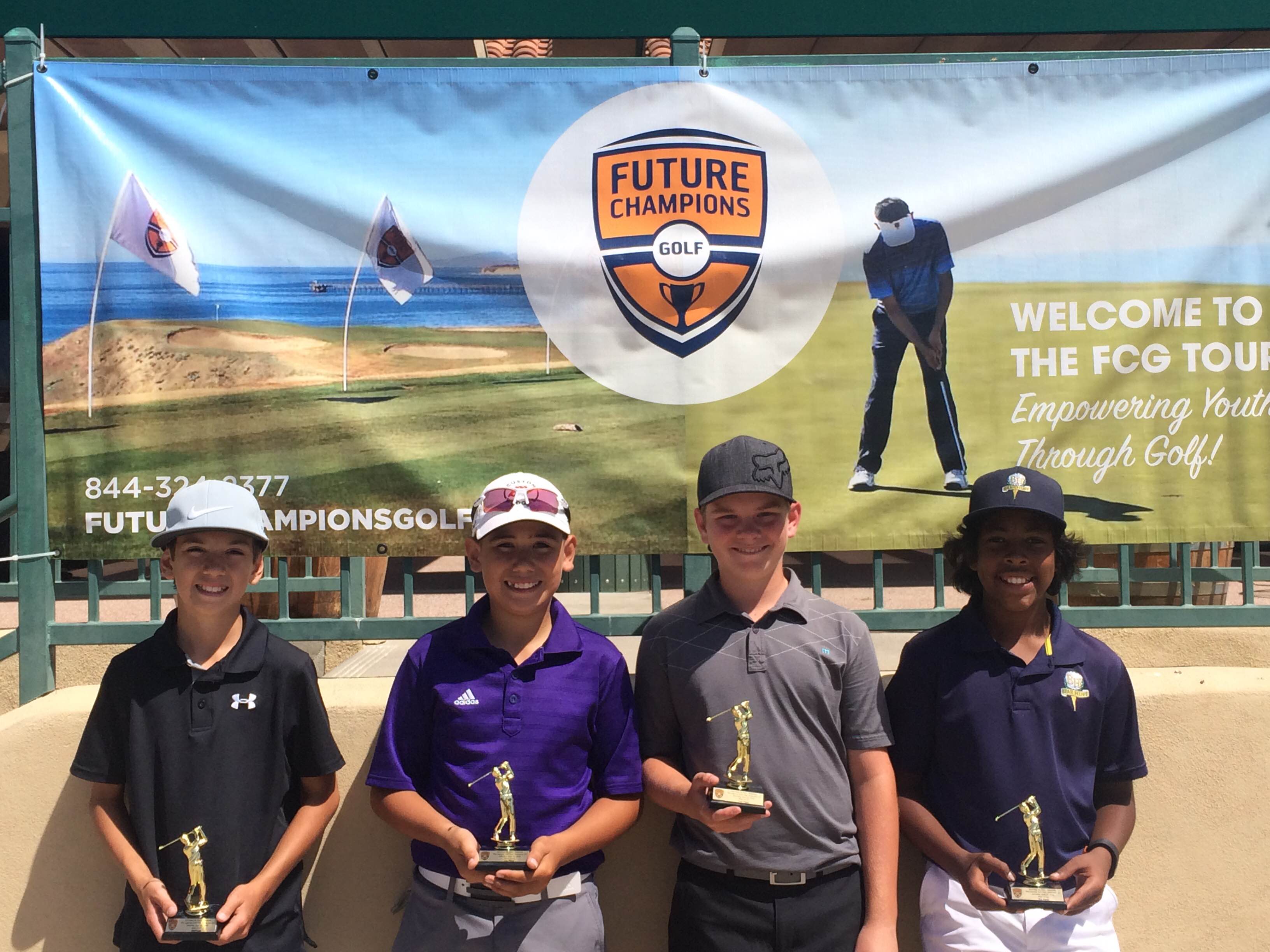 The last division to come into scoring seemed to find every competitor in contention up until the very last hole. Kicking off this division’s spotlight, we have Kai Salinas and Quincy Costales both finishing play with a 93(+21). As per our tournament rules, the boys headed to their first play-off hole. Kai Salinas would become our champion after winning the play off by sinking a twenty foot putt. Quincy played admirably the entire round and very nearly forced a second play off hole, but would lip out from fifteen feet away and instead he is awarded with the second place trophy. Jaiden Davis took home third place and nearly found himself in the play off holes after he shot 95(+23) for the tournament. 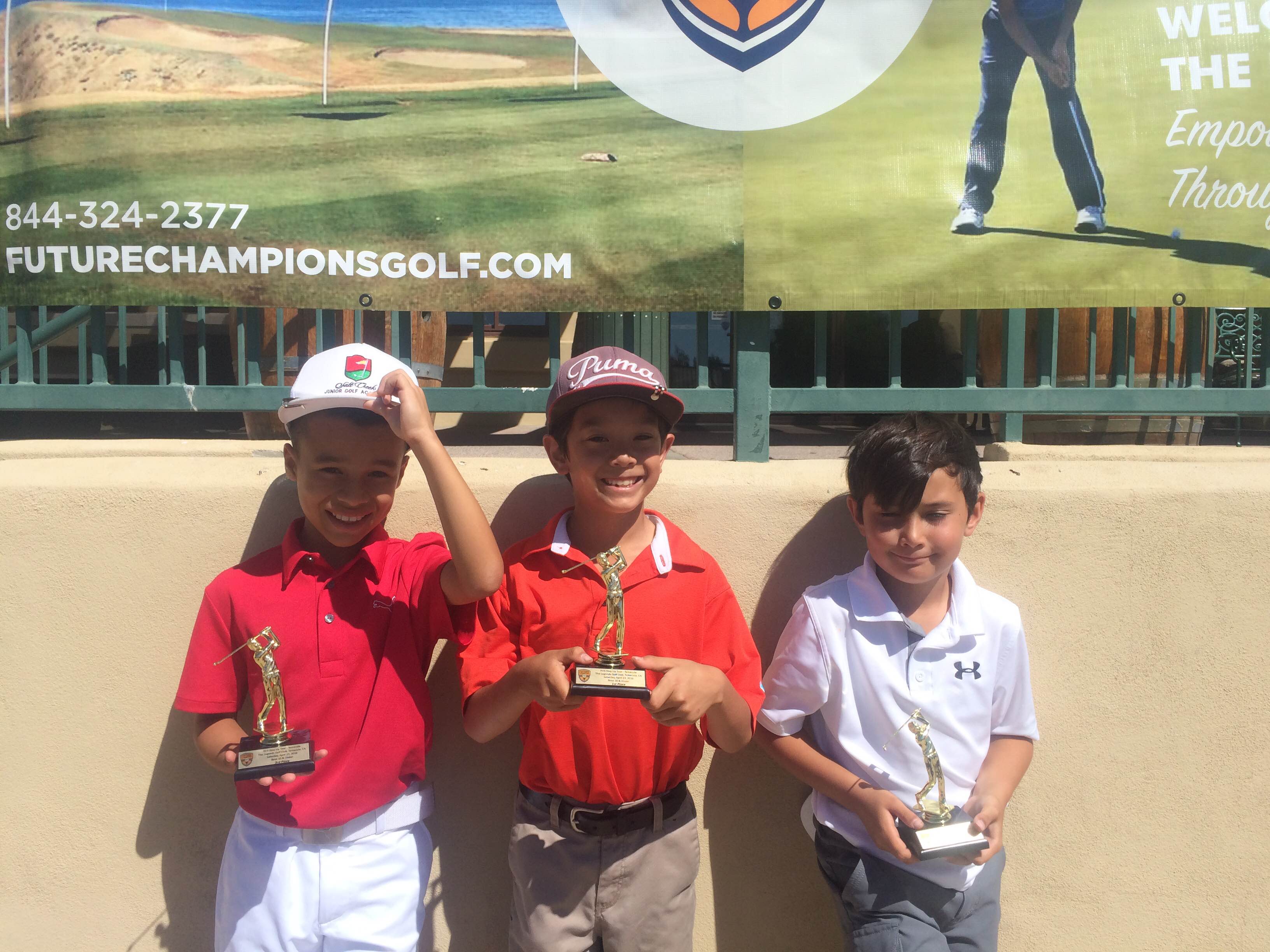 Future Champions Golf would like to extend thanks to all staff, volunteers, players, and of course, the parents. Without all of you FCG would not be able to provide the competitive and exciting atmosphere that we have all come to enjoy at events of this magnitude. Future Champions Golf would also like to recognize Emerald The Legends Golf Club for all their assistance and allowing us to host our event at their facility. Finally, we would like to offer a special thank you to Callaway golf for providing Callaway Chromesoft golf balls as a tee prize to all competitors. Once again thank you for all the support, we look forward to making your next experience with Future Champions Golf as rewarding as this one!