Future Champions Golf was set for another great day of golf last Sunday, though traffic seemed stacked against us as the San Diego Rock and Roll Marathon was also being held just before our tee times. River Walk Golf Club played host to the Step Up Tour San Diego tournament and was relatively tricky with strong winds batting well struck balls out of the sky. The greens were slick and true and forced players to employ proper shot selection in order to make par. Without further delay, lets continue on to our champion spotlight.

The Boys College Prep division is the first to finish play on the Presidio/ Friars golf courses after eighteen holes. Christopher Weedman took first place after shooting 80(+8) on the tough course. Second place was awarded to Tighe Avila after he shot 81(+9). Finally, third place went to Scott Cummings after he shot 87(+15). 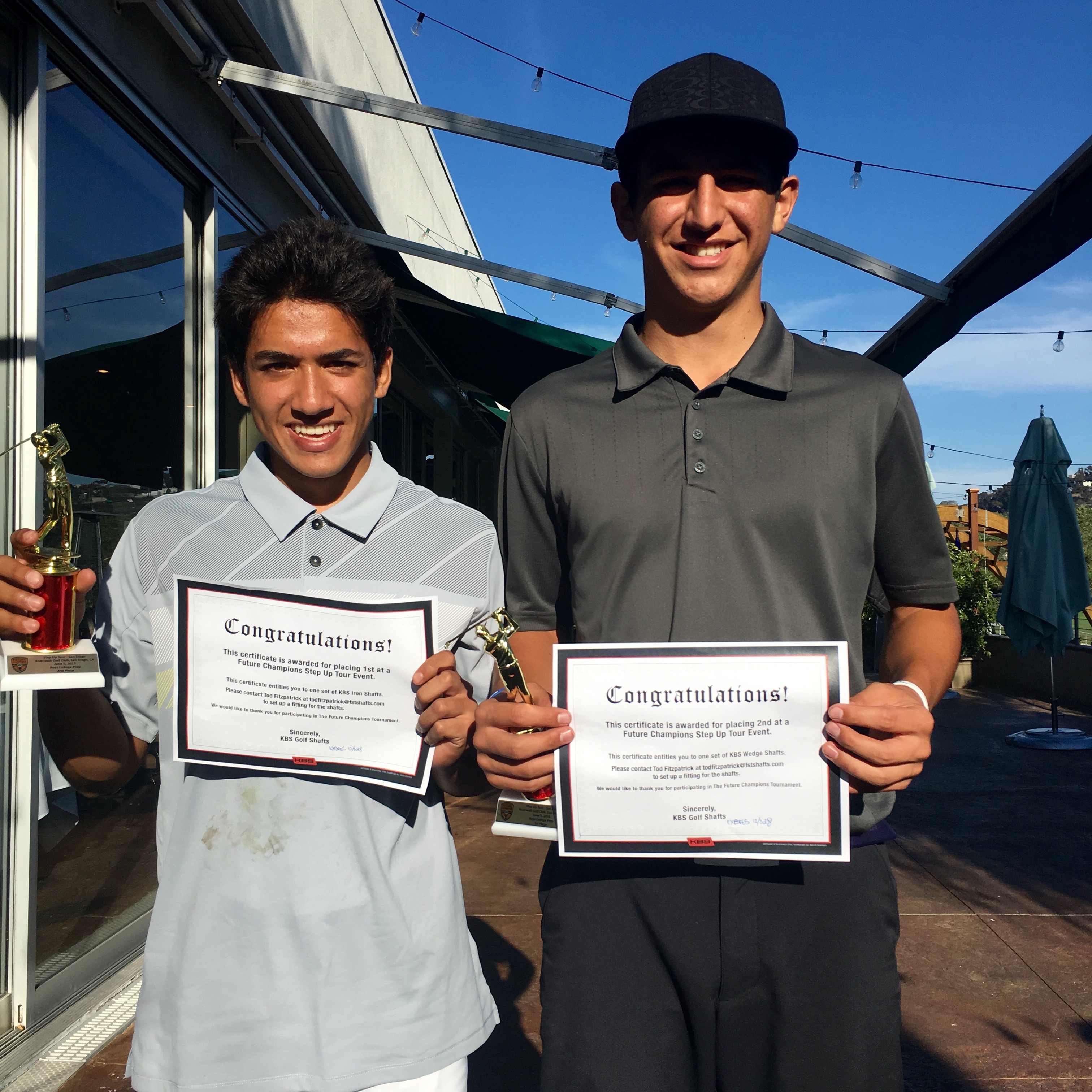 The Girls College Prep division followed shortly behind the boys. Frankie Garcia shot 94(+22) and was awarded the first place trophy. Celline Kim shot 102(+30) and took home the second place trophy for her efforts. 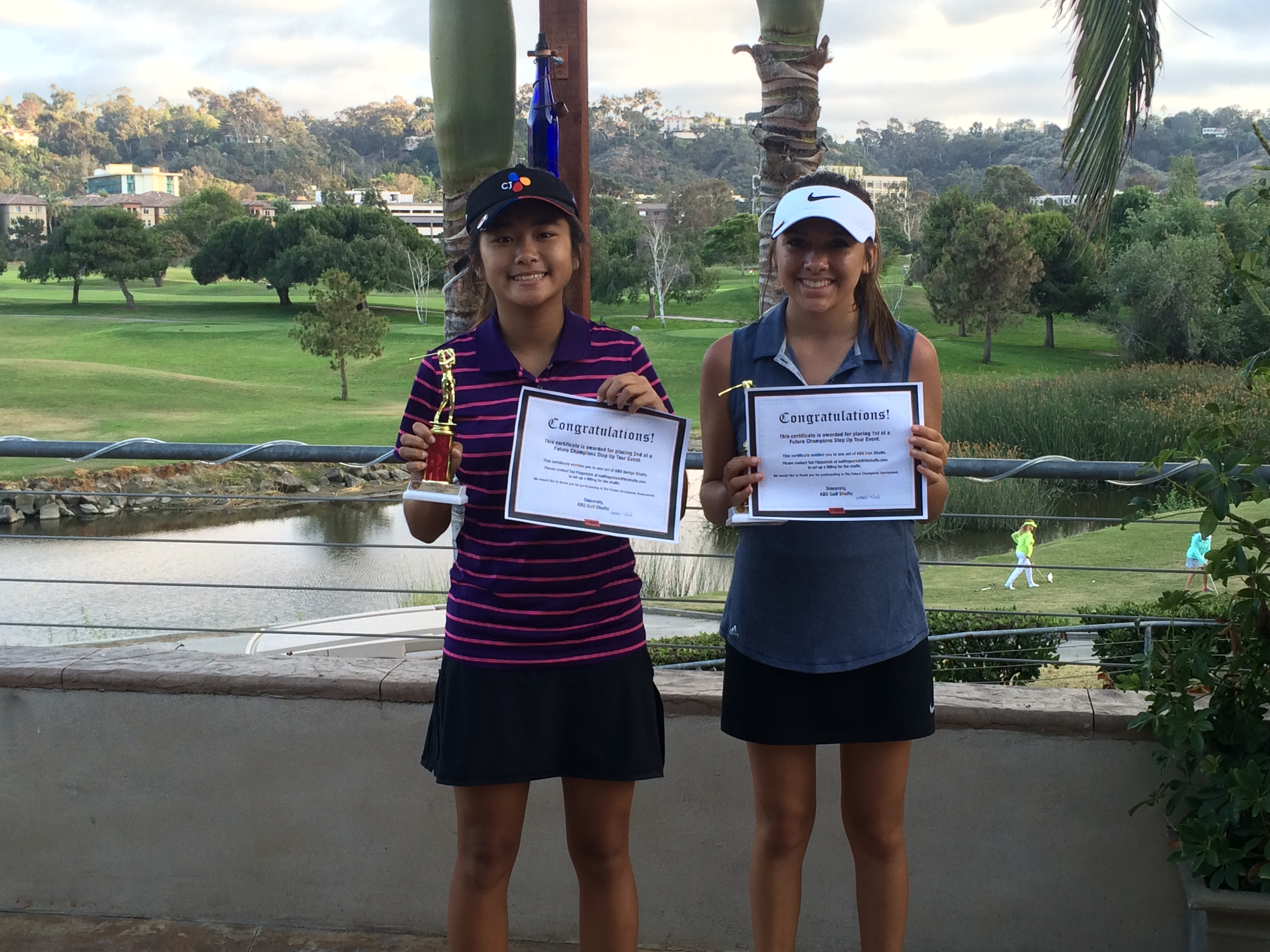 The Boys 13-14 comes in to scoring next after finishing play on the tough course. First place was awarded to Eric Zhang after shooting 78(+6). Nikko De Castro took home the second place award after he shot 79(+7). Finally, Arman Rahgozar shot 85(+13) and was awarded the third place trophy for his efforts. 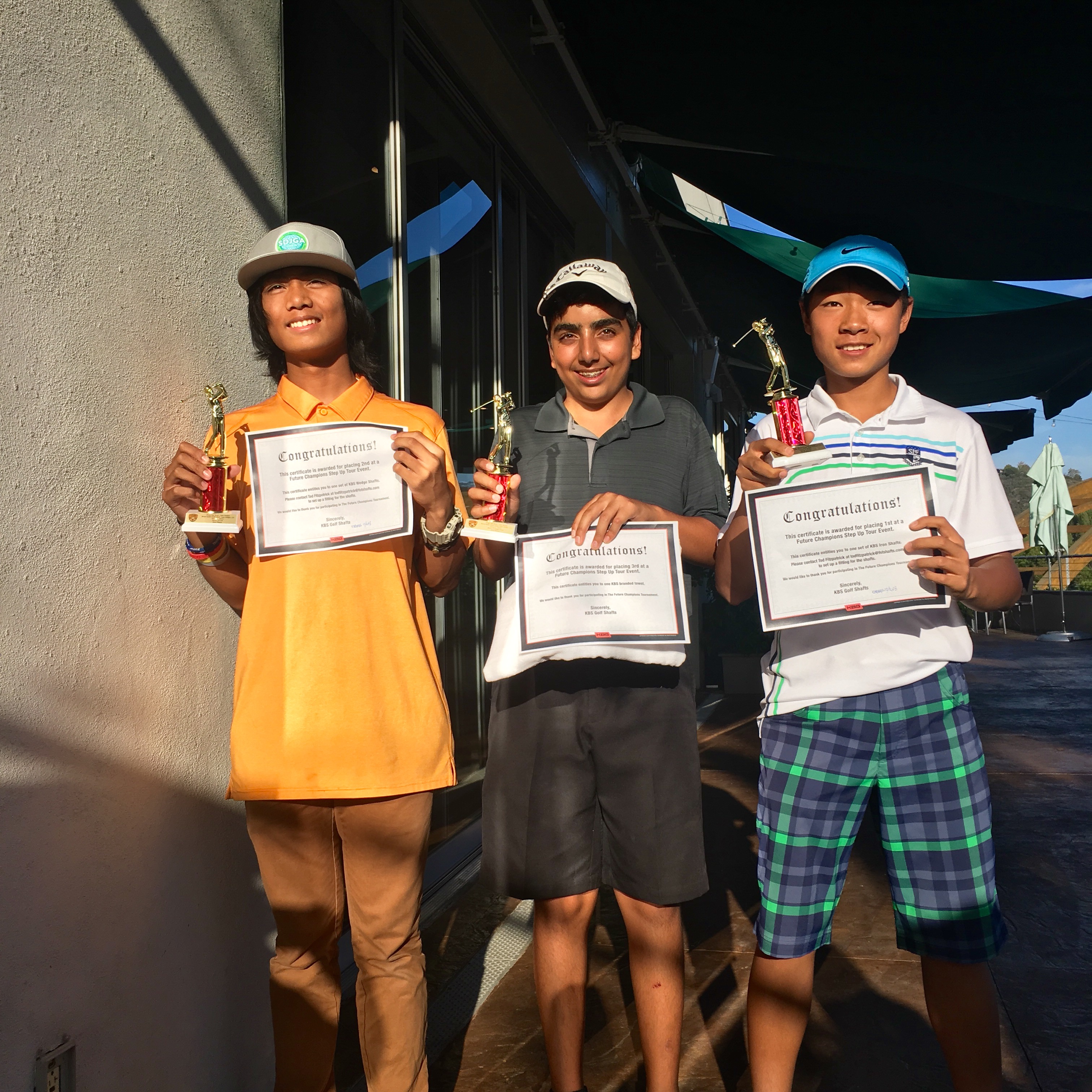 The Girls 14 and under division is up next in the champion spotlight. First place was awarded to Karen Tsuru after she shot 82(+10). Sriya Mupparaju shot 83(+11) and took home the second place trophy. Finally Kristian Wilmes was awarded the third place trophy after shooting 90(+18). 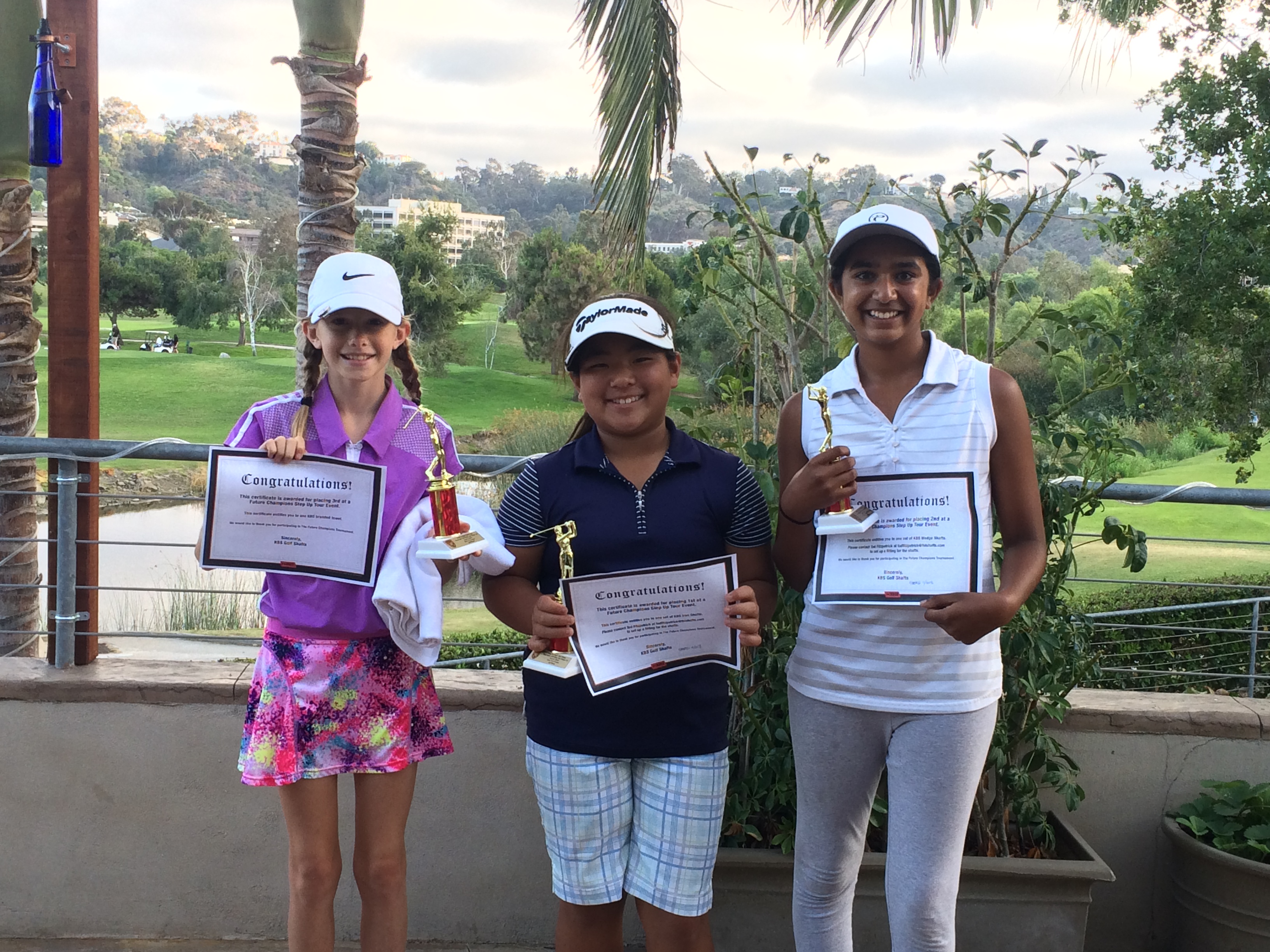 The Boys 11-12 division was a hotly contested division as Shea Lague and Jacob Paule would both finish the day with 79(+7). The Boys would head out to the tee to begin their playoff holes. After 3 holes, Shea Lague became our champion and Jacob Paule was award the second place trophy. James Whitworth took home the third place trophy after shooting 82(+10). Wrapping up play in a separate division, we find Jaiden Davis who took first place after shooting 99(+27). 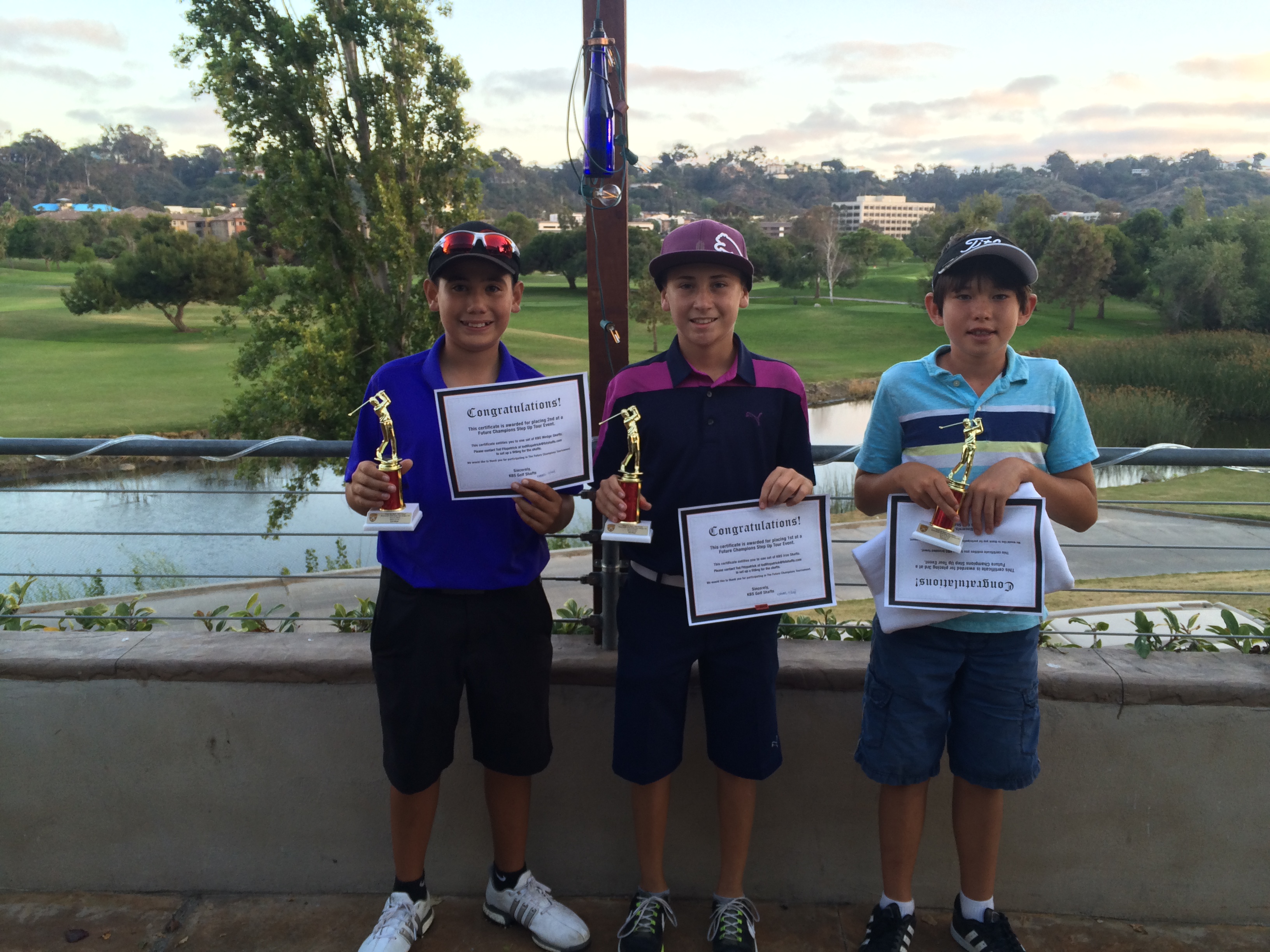 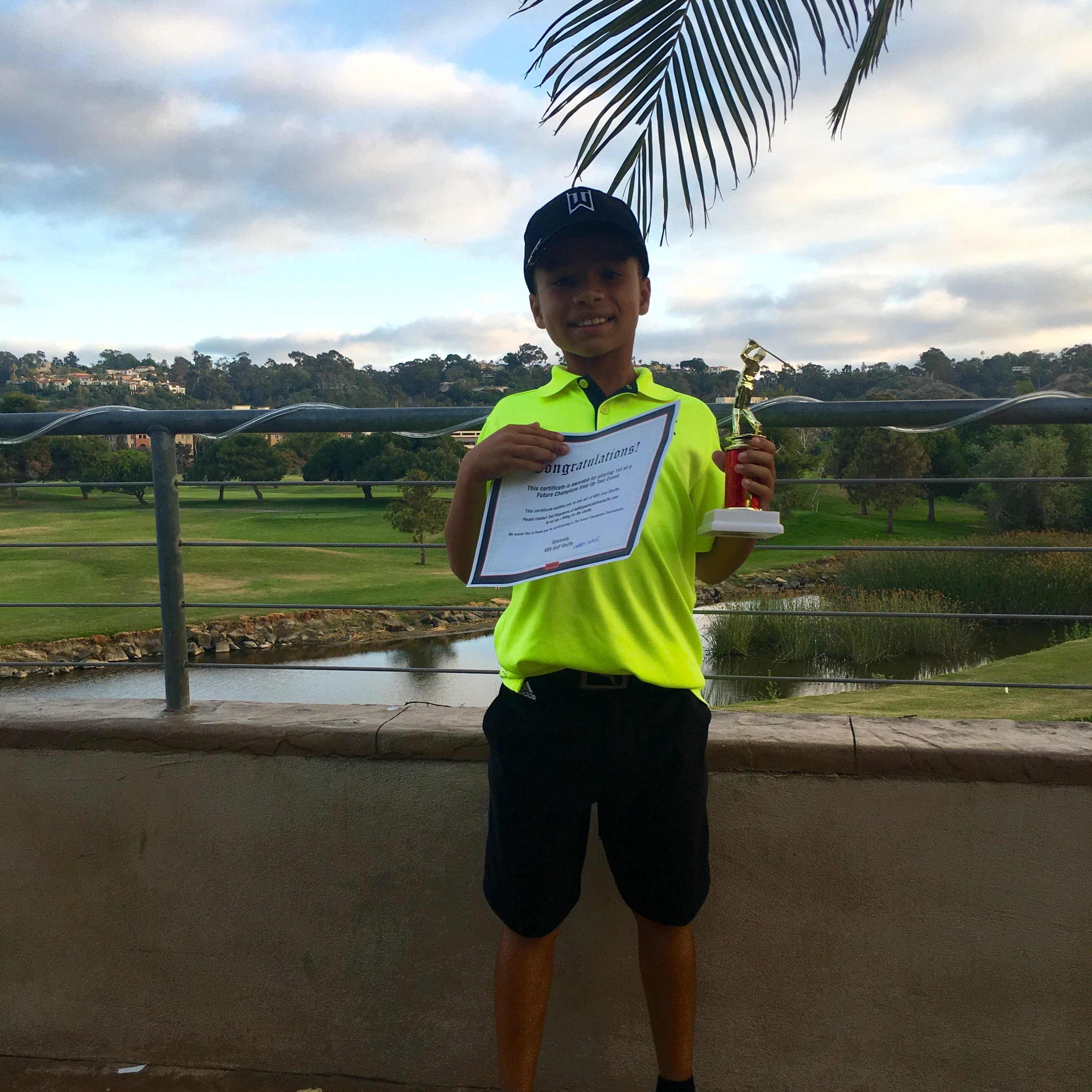 Future Champions Golf would like to extend thanks to all staff, volunteers, players, and of course, the parents. Without all of you, FCG would not be able to provide the competitive and exciting atmosphere that we have all come to enjoy at events of this magnitude. Future Champions Golf would also like to recognize River Walk Golf Club for all their assistance and allowing us to host our event at their facility. Finally, we would like to offer a special thank you to Callaway Golf for providing one sleeve of Callaway hats as a tee prize to all competitors. Future Champions Golf would also like to recognize KBS Shafts for providing demo clubs on the range, towels to all third place finishers, a set of wedge shafts for our second place finishers, and a full set of iron shafts for our champions in each division! Once again thank you for all the support, we look forward to making your next experience with Future Champions Golf as rewarding as this one!