This past week we had a special 1-Day qualifier at La Mirada Golf Course. Located in South Los Angeles County, La Mirada Golf Course features rolling fairways with several blind target shots into well-bunkered and well-tended greens. This event was special because the top 2 in each age division qualified for the FCG Callaway World Championship to be held in July. Now lets see how everyone did…. 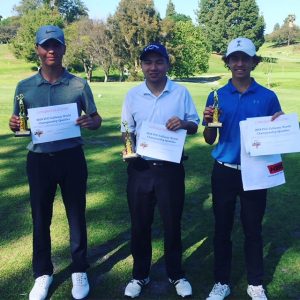 For the Boys College Prep Division it was Jaden Centafio coming in first place after shooting a round of 72. Coming in second place was Zachary Heidrich with a score of 80 and rounding out the top 3 was Stanley Wu with a round of 84. 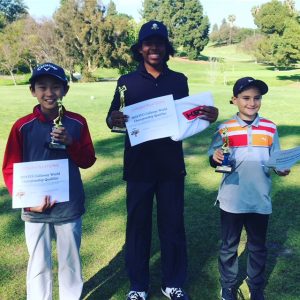 On to Boys 13-14 Division we had Bear Huff shoot a round of 80 to qualify for World Championship. 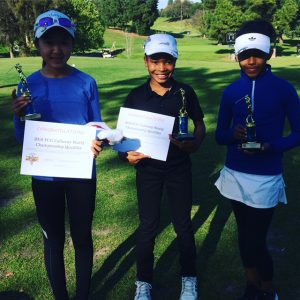 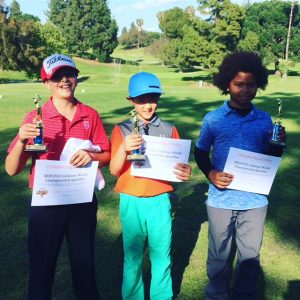 For the Boys 9-10 Division Max Margolis took home a win with a nice round of 76. We had a tie at second place between Micah Lenton and Hill Wang both with rounds of 84. 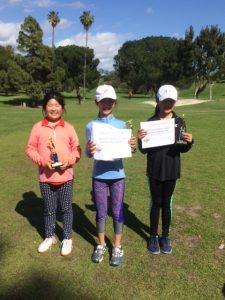 Our Girls 9-10 Division had a tie for first place with the winner being Bridget Chantharath with a 9 hole score of 37. Second place also with a score of 37 was taken home by Alison Soewito while coming in third place was Ziyi Zhao with a round of 38. 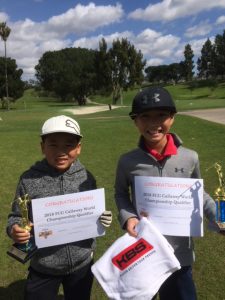 For the Boys 7-8 Division we had Blake Ventura take home first place with a 9 hole round of 43. Coming in second place was Cameron Wei with a nice round of 52. 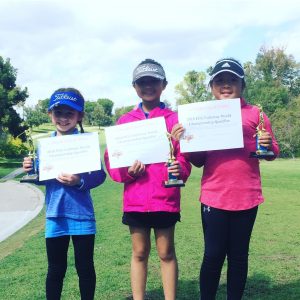 Our Girls 7-8 Division was another close one with Augusta Chan taking home first place with a round of 39. We had a tie for second place between Maya Brown and Madelyn Chang both with rounds of 40.

Thank you to all players, spectators, and La Mirada for hosting us this weekend as well as a special congratulations to all those who qualified for the FCG Callaway World Championship.