Our annual Presidents Day Weekend tournament yielded an interesting event for our participants. Just past Murrieta, playing at Menifee Lakes Country Club on both the Palms & Lakes courses… with an even more interesting time on the Lakes course. Play was cancelled on Saturday on the Lakes course due to the whole course quite literally being, a lake. This presented a long day on Sunday for all those players with a continuous 36 holes being played… but still some pretty good scores! With rain here & there, the air was cool and the wind was blowing! Luckily at this event, all players were permitted caddies so it made the rounds more fun! Now, let’s check-out some of the results:

The 15-18 boys played the Palms course and had interesting play both days. Play on Saturday was delayed an hour and a half due to the rain conditions through the night, in hopes it would settle down a bit. First round leader was Jose Olazabal who shot 5 under 67. Play on Sunday resumed as usual with regular start time of 8am and the day ended with Olazabal still on top at 5-under, Yuki Moriyama 1 stroke back at 4 under, and Ryan McCoy 2 back at 3 under. The cut was +10; top 50% & ties. After a good fight on final day Monday, Ryan McCoy from close-by in Temecula came out on top shooting a final day 2-under, 5-under total for the title. Second place saw a tie between Gun Moon II from Encinitas, Ca & William Draper from Oak Park, Ca both at 3-under with Moon in a strong final day 3-under to win the card-off and take home the second place trophy. Fourth place went to Jose Olazabal from San Diego, Ca finishing at 2-under and rounding out the awards in fifth place was Bo Jin from Encinitas, Ca at 1-under. 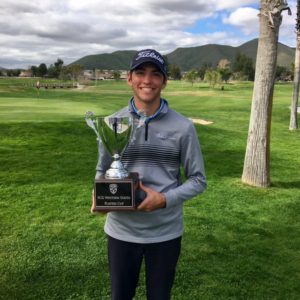 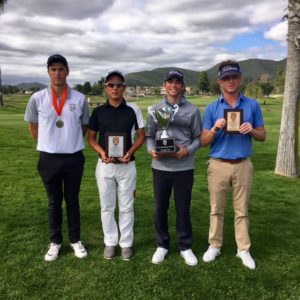 The girls 15-18 had a very long two-days amongst them as they played continuous 36 holes on Sunday; shot-gun start at 7:15. After cards were picked up, first round co-leaders were Emily Sumner and Therese Warner who both shot even par 72. After the grueling long Sunday, Jee Hyun Ahn was the leader at 3-under, Mina Yoon at 2-under, who both shot 68 in their second round and Euna Han at even par in the running at third. On final day Monday, it was a fight for first with Mina Yoon from Korea shooting a third round even par for her title, ending the tournament at 2-under. Jee Hyun Ahn, also from Korea, ended the tournament at 1-under for second place, and third place went to Euna Han from British Columbia at 2 over, Joys Jin from Encinitas, Ca at 5-over for fourth place and rounding out the girls awards was a tie between Eun Chae Kim from Korea and Morgan Goldstein from Las Vegas, NV both at 6-over with Eun Chae Kim winning the card-off taking home 5th place. 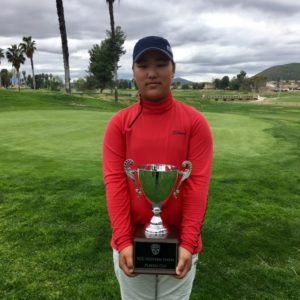 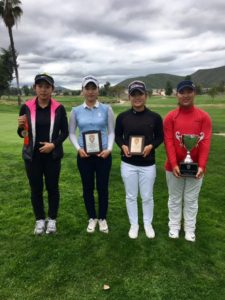 The 13-14 divisions endured the grueling 36 continuous holes on Sunday, but still projected some great golf! The boys first round leader, Ji Seong Park from Korea shot an astounding 8-under par, also taking home first place at a total 9-under. Coming in second place was Rei Harashima from Chula Vista, CA at 5-over and third place went to Hyun Woo Lee from Korea at 8-over. The girls top finisher happened to also be the only player in her field, with Ha Eun Kim from Korea taking home her title. 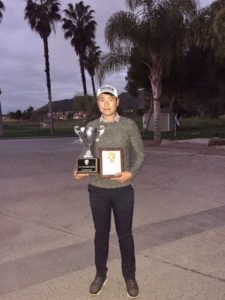 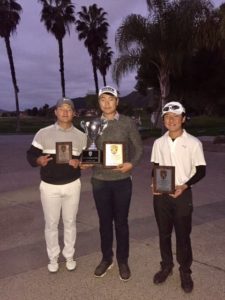 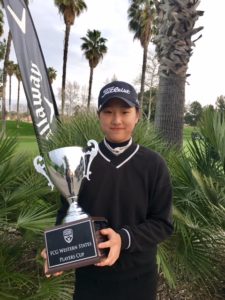 Click the link for full results for this event! Results

Thanks to all our players and parents and caddies for coming out during Presidents Day Weekend! Another great FCG event in the books, with many more ahead of us for this year. We are only getting started. Check out site to sign up for future events, reserve your spot today! Tournament Schedule