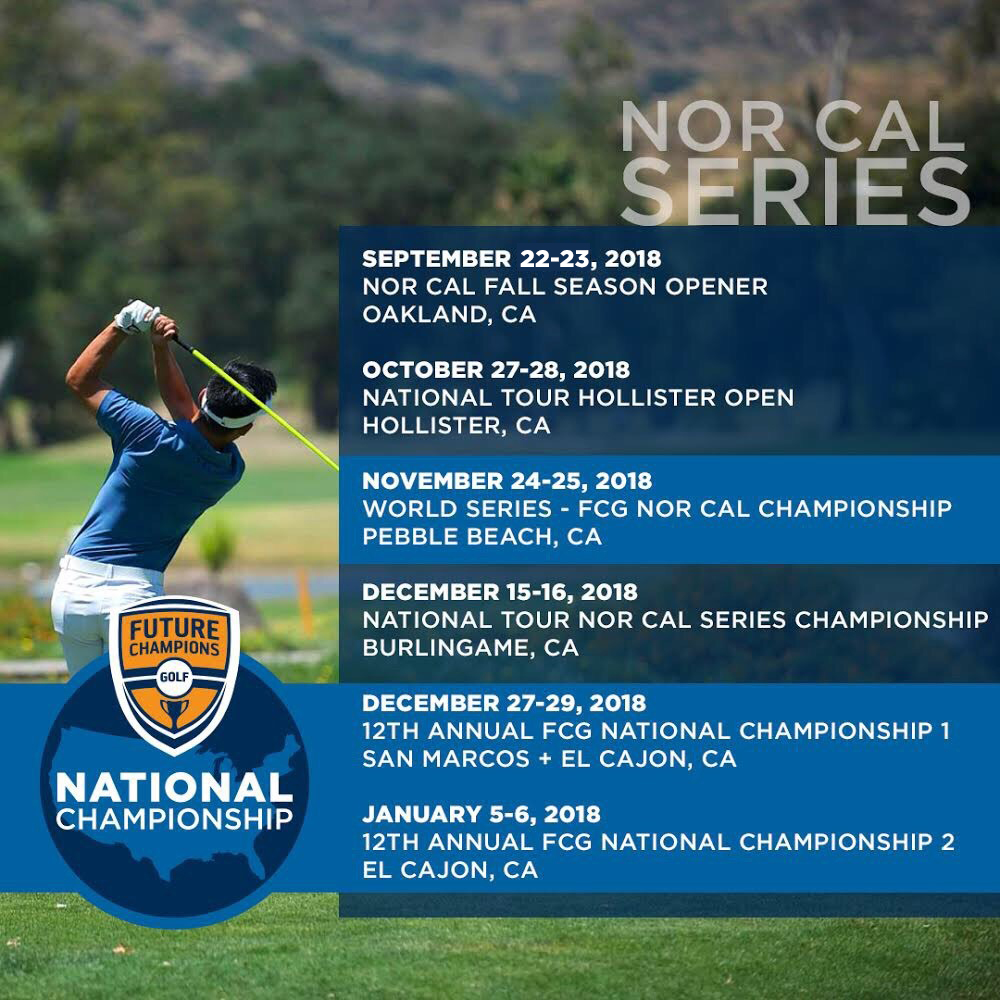 Future Champions Golf and JGANC to work together to further the growth of competitive golf opportunities in Northern California. Long time supporter and part-time FCG staffer Greg Dumlao will be heading up all tournament operations in Northern California with his support team to offer the most competitive and affordable National Ranked tournaments in the region. There will be great opportunities at these events to qualify for the FCG Callaway World Championship and invitations to players will be sent to compete in all FCG World Series Championships that have quickly grown to be the most well attended events in junior golf. The Fall series events are highlighted by the Thanksgiving Weekend Championship that will be played at Poppy Hills in Pebble Beach, CA. This event is already accepting registrations and is filling up quickly.

“We are thrilled to work with JGANC and their team and have created a win-win-win partnership between our associations and for the families that participate. “ Says Chris Smeal, Founder of Future Champions Golf.

“We are excited to partner with Future Champions Golf  by helping to support the next generation of athletes in this sport,” said Shane Balfour, Executive Director JGANC. “It’s also a tremendous opportunity to expand the 2018/2019 Schedules to the  members of both Associations  with a collection of co/partnered junior championships and qualifiers”.

Schedule of Events in Fall 2018

Future Champions Golf and JGANC will also be starting a new annual Team Cup Matches that will feature 4 Boys and 4 Girls annually and the matches will be Co-Ed Team Matches conducted over two days. The first year will be hosted in Southern California and then will rotate each year from Northern California to Southern. This will be an excellent opportunity for hard working juniors to earn a spot on the team and play in a special annual match.