The second half of the FCG Texas Championship took place last weekend at the Cypress Lakes Golf Club in Cypress, TX. Rain and thunder were a major factor for both days of the tournament, with the first day of play being suspended entirely. The second day of play saw only a few groups make it past the front nine before a large storm rolled in and play was yet again ceased due to dangerous weather. Nevertheless, there was some amazing golf played in less than perfect conditions, providing ample challenge to all players in the field.

The Boys 15-18 division would be the first to come into scoring after the horn was sounded, and each boys score was tallied up through the front nine. Max Brenchley from Alpine, UT would finish in first place after shooting 33(-3) for the tournament. Elijah Turner from Highland, UT took second place after he shot 35(-1). Lastly, Billy Teichman from Corpus Christi, TX shot 36(E) for his third place finish. Clearly the rain didn’t bother these elite players in the slightest; rather they seemed to thrive in the weather. 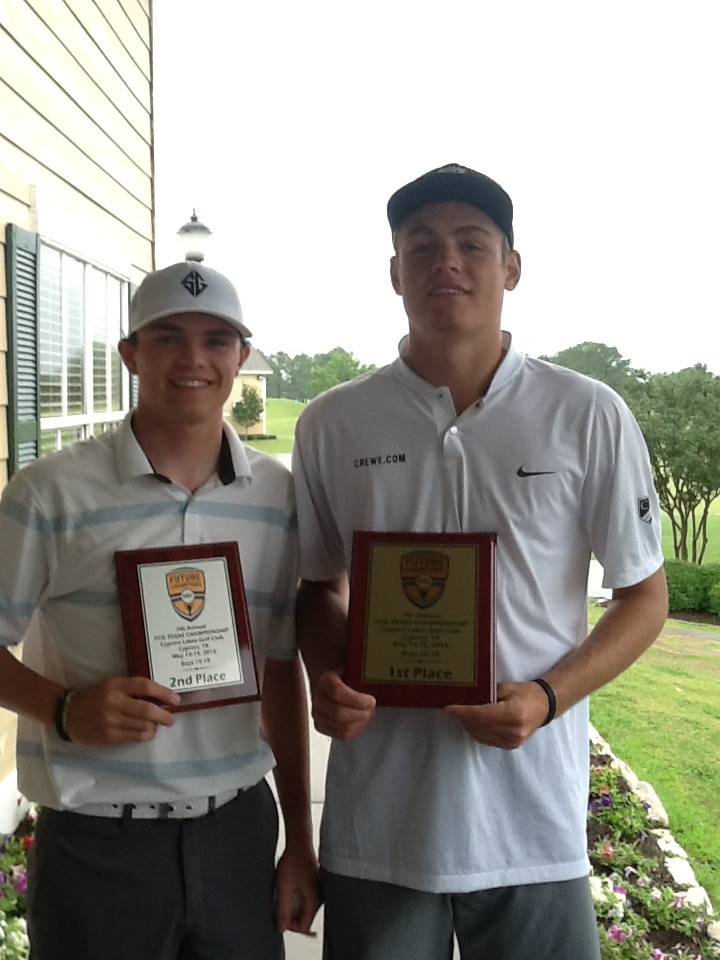 The Girls 15-18 division would finish one more hole than their counterparts and would play equally impressively. First place was awarded to Mikhaela Fortuna from Dasmarinas City after she shot 39(-1). Isabela Allison Miravite from Marikina City and Amelia McKee from Spring, TX shot 40(E), but second place would be awarded to Isabela Miravite after winning the card off. Amelia McKee takes home third but can be proud of her wonderful performance. 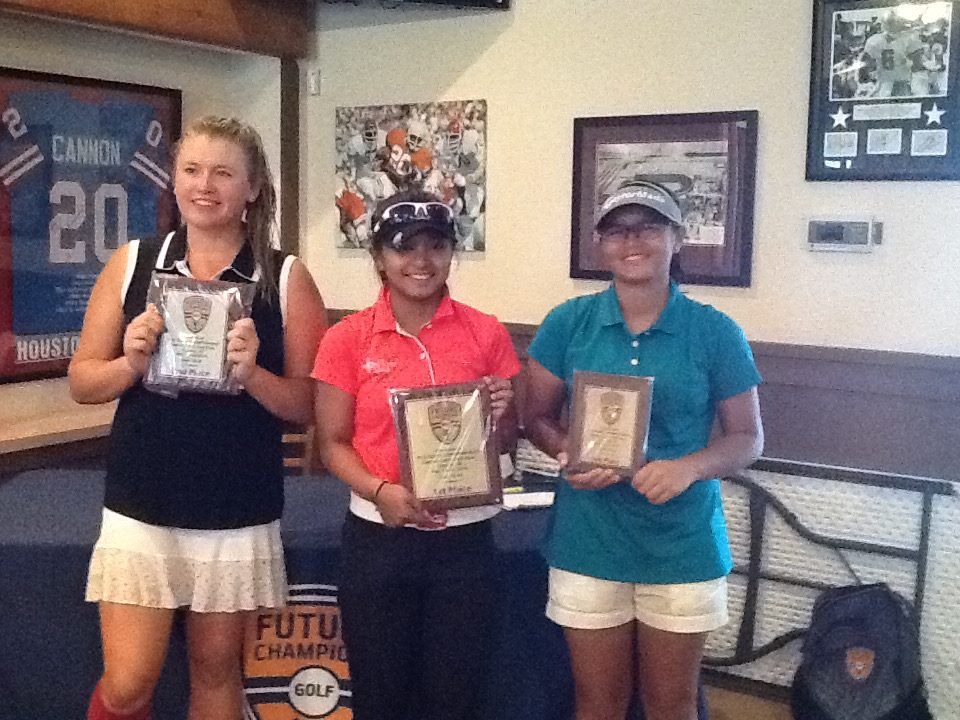 We will kick off the 13-14 division with the Girls 13-14 division. Millburn Ho from Honolulu, HI takes home the championship award after she shot 62(+3) across 15 holes of play. Second place was then awarded to Amani Narang from India, after shooting 72(+13). The Boys 13-14 are the final group which we will cover in our recap. Nolan Ward from La Jolla, CA shot 54(-2) across 16 holes and took home the championship award. Second place went to Kona Kashigawa from San Antonio, TX after he shot 58(+2) in the wet conditions. Finally, Jacob King from Boerne, TX shot 59(+3) and took home the third place award. 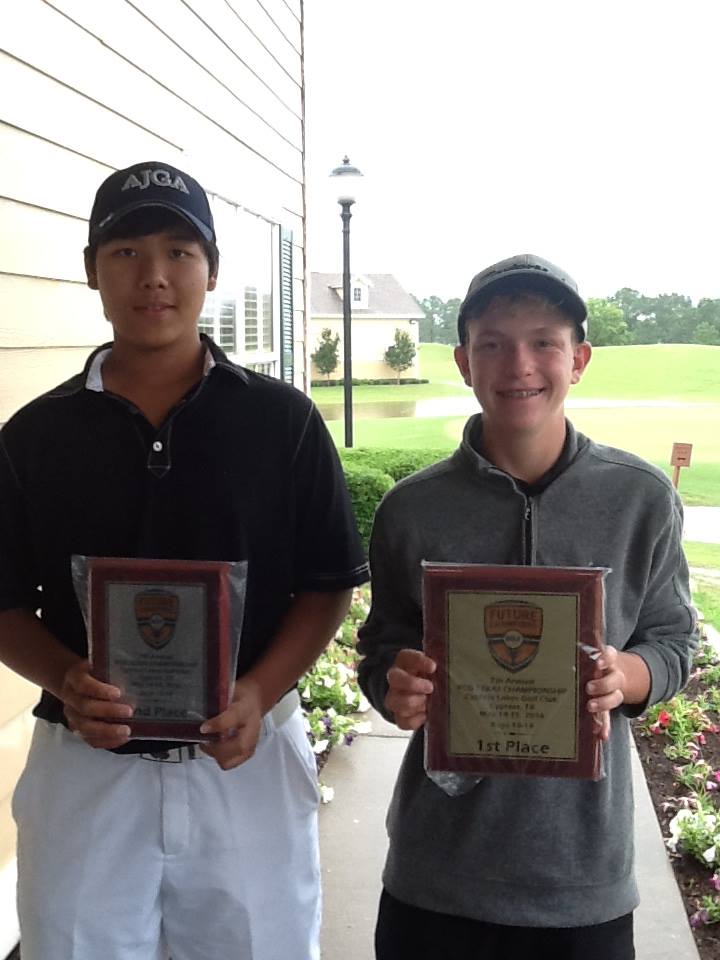 Future Champions Golf would like to extend thanks to all staff, volunteers, players, and of course, the parents. Without all of you, FCG would not be able to provide the competitive and exciting atmosphere that we have all come to enjoy at events of this magnitude. Future Champions Golf would also like to recognize Cypress Lakes Golf Club for all their assistance and allowing us to host our event at their facility. Finally, we would like to offer a special thank you to Callaway golf for providing one dozen Callaway Chrome Soft golf balls and a hat as a tee prize to all competitors. Once again thank you for all the support, we look forward to making your next experience with Future Champions Golf as rewarding as this one! 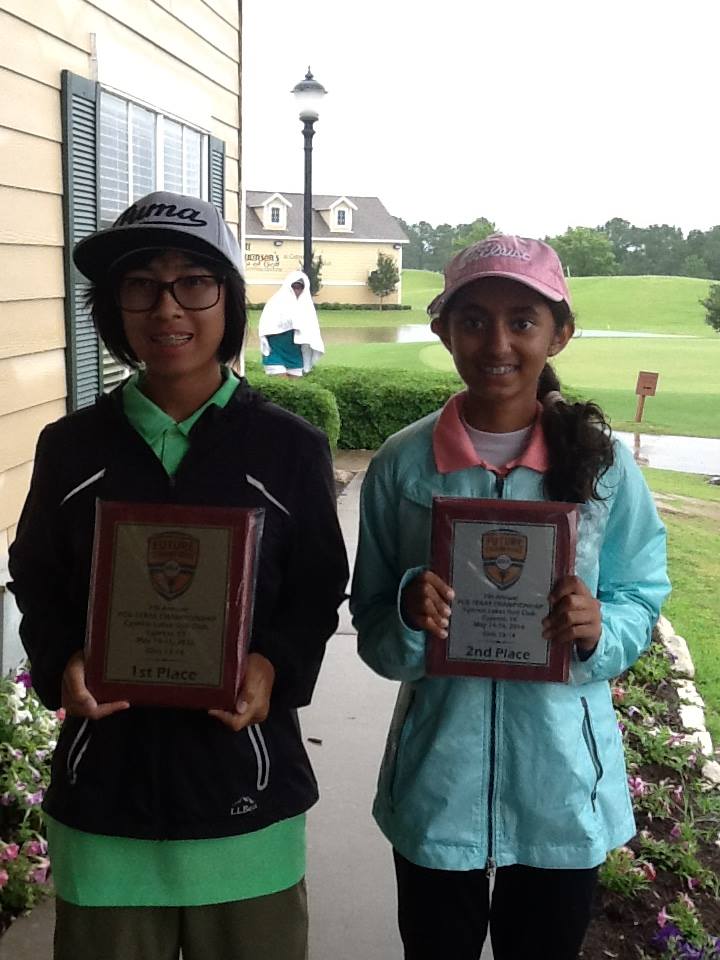