This Past weekend saw our KBS Tour 1-Day Series head out to Twin Oaks Golf Course. Located In San Marcos, CA, Twin Oaks is a Ted Robinson designed course that provides a fine balance between beauty and challenge. This event was special because it was one of our few 1-day qualifiers for the FCG Callaway World Championship held in July. Winners of each age division earn a spot as well as a KBS Towel. 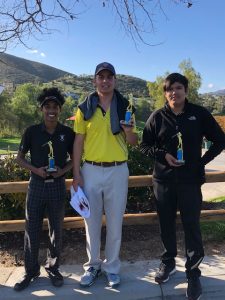 The Boys College Prep Division was extremely close with 3 Boys tying for the top spot with a 76. On to a playoff they went and it was Serop Matoian of Ramona, CA who came out on top with a birdie on the very first hole. Also apart of the playoff and taking home the second place trophy was Umaan Avvari while David Torrecillas took home third place. 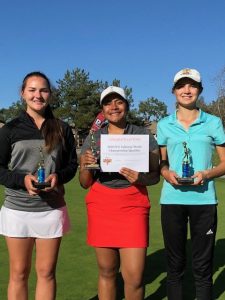 For the Girls College Prep Division we had Khameryn Utu of Santa Ana, CA coming in first place with a score of 78. Coming in second place with a score of 90 was Breegan OHearn and close behind her was Lauren Coast with a total of 91. Congratulations to all the girls who played this weekend and special congratulations to Khameryn for qualifying for this years World Championship. 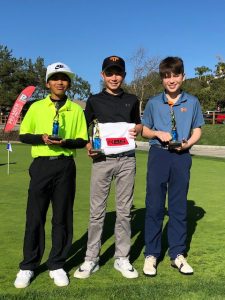 The Boys 13-14 Division saw Philippe Yturralde of La Mesa, CA fire a 77 to take home first place. Coming in second place with a score of 90 was Aiden Aguilera, while Isaac Stouder took third place home with a total of 92. 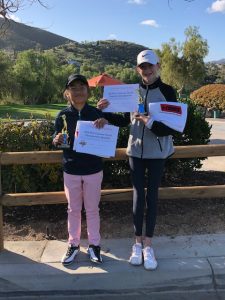 Our Girls 12 and Under Division saw Natrada Pongsasin shoot a score of 80 to take home her trophy and qualify for World Championship. 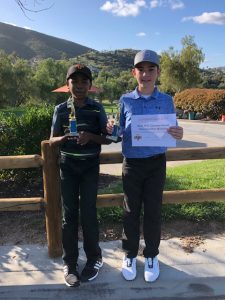 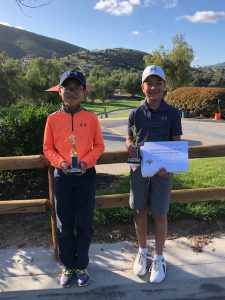 For Boys 10 and Under we had Carter Gaede shoot a round of 77 to take home first place while Haoran Zhang came in second place with a score of 84.

Thank you to all players, spectators, and Twin Oaks for hosting us as well as special congratulations to all who qualified for World Championship. See you all at the next one.. Tournament Schedule