On February 3rd, Future Champions held the KBS 1-day series event at Carlton Oaks CC. We are thrilled to have KBS as our title sponsor for our 1-events held throughout the year. This gives players a great opportunity to play on a fun competitive golf course. FCG also gave special KBS Towels for Top 2 finishes in each age division. Also, the winner of each division earns a spot in our 1-Day Series Spring Championship that will be held in June! 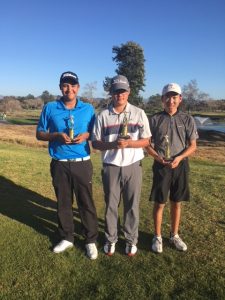 Our Boys College Prep division had no problems shooting low numbers at Carlton Oaks. In 3rd place from Torrance, CA, Byung Kwon Son shot an round of 74(2+). Taking home the second place trophy from Irvine, CA is Timothy Jung who captured 5 birdies on his round for a total of 71 (1-under par). Winning the division for Boys College Prep is Isaac Rodea from San Diego carding an solid round of 68 (-4 under par). 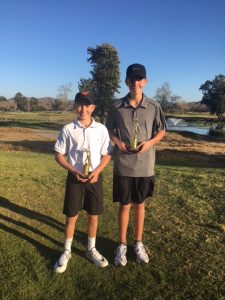 Our Boys 13-14 division was tight down the stretch as both Wyatt Cargel and Spencer Zhang both respectively carded an 98. FCG breaks any ties with the back low score, so taking home the 3rd place trophy is Spencer Zhang of San Diego. Magnus Norell was able to secure the second place trophy and also the KBS towel but shooting an 95. Capturing the 1st place trophy from La Mesa, CA is Philippe Yturraldo shooting a 83. 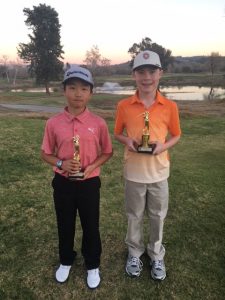 Our Boys 11-12 division featured both players from San Diego. Taking home the second place trophy is Ryan McCormick carding an 102. While Kayden Wang was able to secure his victory with a 2 shot lead, Kayden carded an 100 for his round. 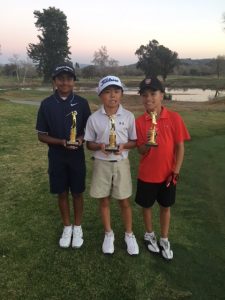 Rounding out our boys divison with 10 and under players, Jaiden L. Davis took home the 3rd place trophy shooting a round of 89. While Lance Lau was able to secure his second place victory carding an 88 for his round. Taking home the 1st place trophy from San Diego shooting an solid round of 83. 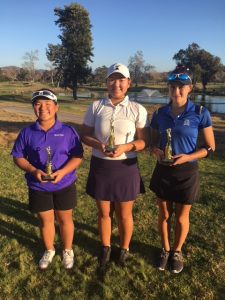 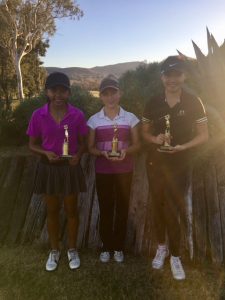 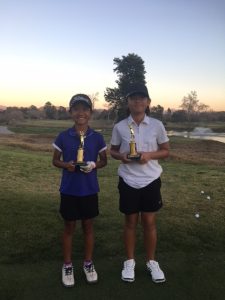 Our final girls age division was the Girls 12 & Under. Our top finishers were able to keep it close down the stretch with only a 1 stroke difference between them. Taking home the second place finish from Anaheim CA, is Natrada Pongsasin who carded an 87. While from Hawaii, Jaylen Wan was able to secure her victory shooting an 86.

We want to thank all our players who attended the event and congratulations to all our top finishers!