It was quite the beautiful morning at our monthly visit out to Sycuan Golf Resort. A couple new players in the field but also a lot of famliar faces. Let’s see how they did:

Our oldest players today were the 11-12 year olds. First off with the boys was Antonio Barbosa who shot 1’over, 55 to secure his victory. Coming in second place was Boyd Barrett who shot 80 and just behind him in third was Nathan Rogers at 88. 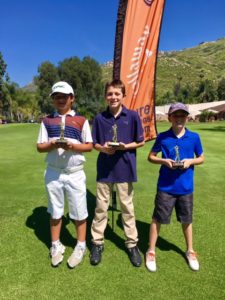 For the girls 11-12, we had Queen Igbineweka shoot 68 for first, and Jaden Barron and Muzi Wei tie for second at 72. Winning our card’off which is deteremined who has the lower score going hole 18 backwards was Muzi, on hole 18. 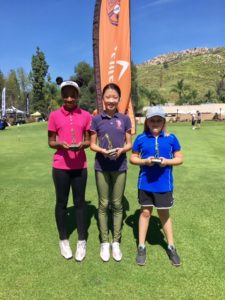 Next for our 9-10 division is the boys with Thomas Browning coming in first with a score of 5-over 59. We had another tie for second place between Ryan Vo and Jaiden Davis at 62. Winning that card-off was Jaiden with a par on hole 16. 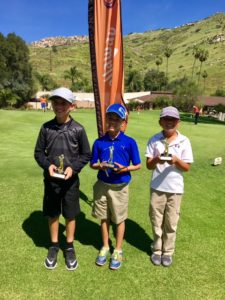 For the girls 9-10 divison, we had Karina Jadhav with a score of 72 take home first. Coming in second was Liliana Davis at two back shooting 74 and then Emilee Canepa, three back who shot 77. 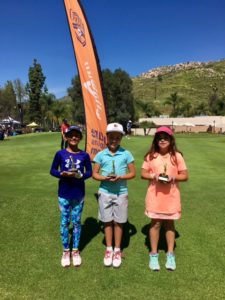 Rounding out our boys divisions were the 7-8 year olds. Coming in first was Jeffrey Kim who shot 37 and coming in second was Aden Tull who shot 48. Pictured with them was our only 6-under who which was Mia Clausen who shot 44! 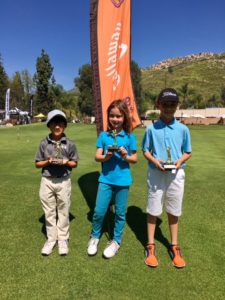 Lastly we have our girls 7-8 division with Sofia Valencia shooting 42 for first. Coming in second was Janette Dunn shooting 47 and in third was Regina Ambriz two back shooting 49. 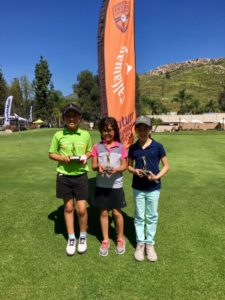 Great Kids Tour event this past weekend! Can’t wait to see everyone again at the next event! Play smart! Sign-up today… Tournament Schedule