Starting with our oldest, the 13-14 divisions we had lone soldier Kenri Grisham shoot 83 for the boys and for the girls we had another lone soldier, Emily Shi, shot 74 for her trophy.

For the boys 11-12 division, we had Nicholas Karam shoot 71 for first and there was a tie for second place between Nicholas Chavarin & Stevenson Dohrenwend. Our card-offs are determined by back nine low, thus, Dohrenwend taking home the trophy.

Unfortunately, no pictures for said divisions.

However, for the girls 11-12 division, Queen Igbineweka shot 79 for first and in second was Alexa Ortiz who shot 89. 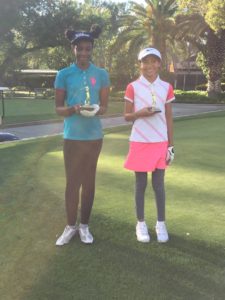 For the boys 9-10 division, we had Thomas Browning shoot 68 for first, Jaiden Davis shot 71 for second and in third was Ace Pascual who was one stroke back at 72. 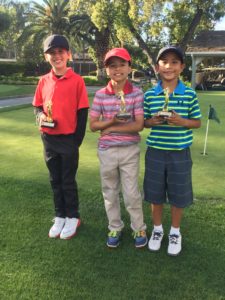 The girls 9-10 division saw Kahlea Manalang shoot 76 for first, Liliana Davis shot 79 for second and in third we had Zoe Salinas at 81. 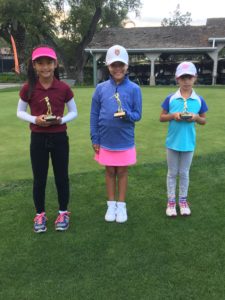 For the boys 7-8 division we had Trenton bacon shoot 47 for first and in second was Thornben Dugdale at 56. 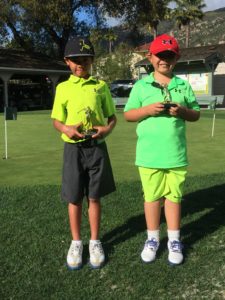 The girls 7-8 division had Sofia Valencia shoot 50 for first and in second was Janette Dunn at 53. 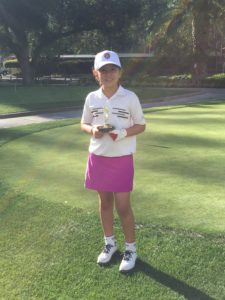 The boys 6-under division had Johnson Huang shoot 56 for first. 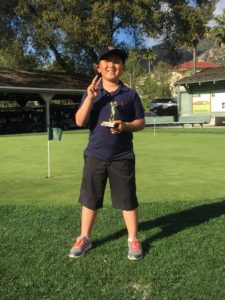 The girls 6-under division had Mia Clausen shoot 48 for first. 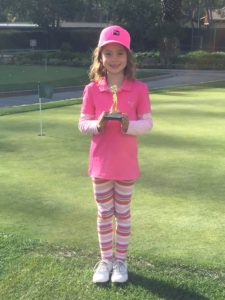 Great playing for all our Kids Tour participants! Until next time… Tournament Schedule