Last weekend the FCG Kids Tour headed to Pro Kids Colin Park! Colina Park is an 18-hole, par-3 golf course open to the public seven days a week. Located in City Heights, Colina Park Golf Course offers golfers of all skill levels a fun and challenging way to test their short game. This event was a shot-gun start & qualifier for our World Championship held at The Westin Mission Hills in July! Top finisher in each division earned an exemption into the event! Let’s see how they did:

First for the girls 13-14 division, we had Sriya Avadhanam shoot 80 for her trophy! 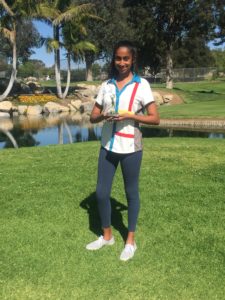 For the boys 11-12 division we had a tie for first place! Both Ryan McCormick and Justin Gil shooting scores of 61 playing a one hole play-off, Justin took home first place and a place in our FCG World Championship! 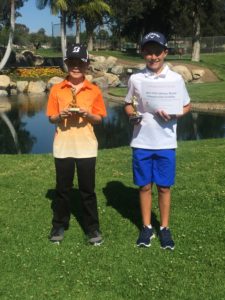 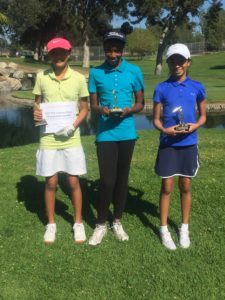 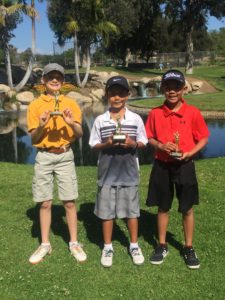 For the girls 9-10 division, Brynn Kort shot a score of 1-over 55 firs first place, and there was a tie for second between Alejandra Torres and Emilee Canepa. Our card-offs on shot-gun starts are determined by hole 18 backwards, with Emilee taking home second this time. 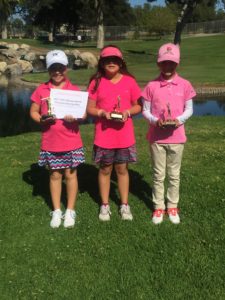 For the boys 7-8 division, we had Jeffrey Kim come in first with a score 61! 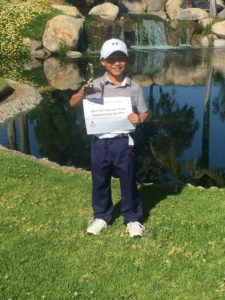 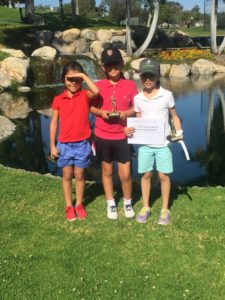 And rounding out our field, was 6-under girl, Sierra Jennings with a score of 100 for her trophy! 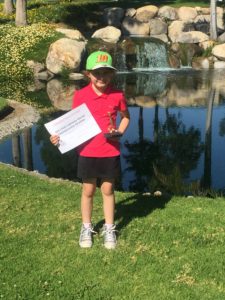 Thanks to Pro Kids Golf Academy for hosting us last weekend, we always love coming out! Big congratulations to all placers, and to top finishers for earning a set in our coveted FCG World Championship! Until next weekend Kids Tour…Tournament Schedule