Gorgeous weather last Saturday as the FCG Kids Tour headed up to Oceanside and played Emerald Isle! The Emerald Isle Golf Course layout features an 18-hole executive course that stretches 2,452 yards for a par of 56. The course was built in 1986, designed around two natural lakes. Emerald Isle accentuates the beauty of the serene beach community of Oceanside and has earned a reputation as “North County’s Most Challenging Executive Course.” Let’s see how they did:

For the boys 11-12 division, we had Michael Geng shoot 63 for first place! One stroke back at 64 was Bradley Firtel and coming in third was Aarav Chandra who shot 81. 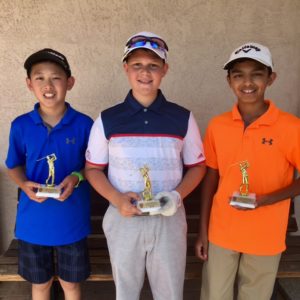 For the girls 11-12 division, And Avery came in first place with a score of 67, in second was Jaden Barron with a 78 and coming in third was Alexa Ortiz with a score of 83. 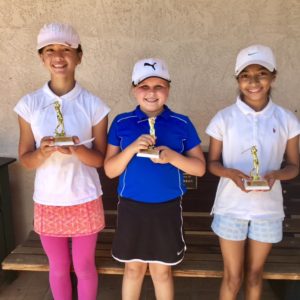 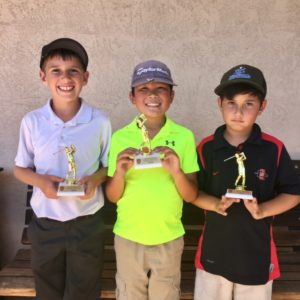 The girls 9-10 division had Kayla Geng come in first with a score of 63. There was a tie for second place at 65, between Zoe Salinas and Sarah Zhao with Zoe winning the card-off. 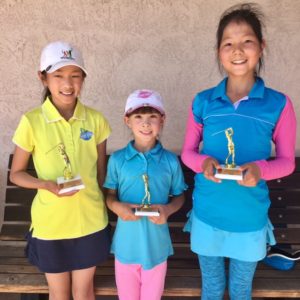 The boys 7-8 division had Thorben Dugdale shoot 47 for nines holes and his trophy! Pictured with him is girls 6-under winner, Mia Clausen who shot 46 for her trophy! 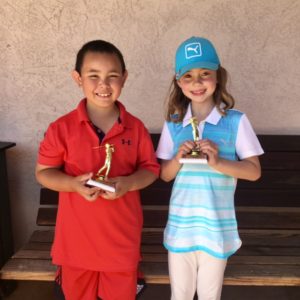 And lastly for the girls 7-8 division, we had Isabella Itkin shoot 39 for first, Brianna Zhang shoot 45 for second and in third was Charlotte Wilkins who shot 46. 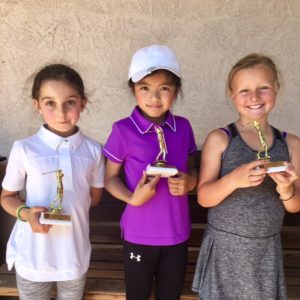 Congratulations to all placers and big thank you to all participants, parents and Emerald Isle for hosting another great event for us! Until next time Kids Tour… Tournament Schedule