This weekend the Kids Tour headed up to North County and played Reidy Creek! The 18 holes play through a natural valley, providing the course with a rolling terrain that ensures no two holes are alike, something rarely found on an executive course. Small field this event but let’s see how they did: 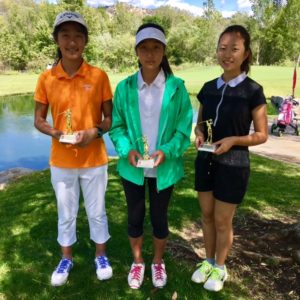 For the boys 11-12 division, we had lone soldier Nathan “Hank” Rogers shoot 94 for his trophy! 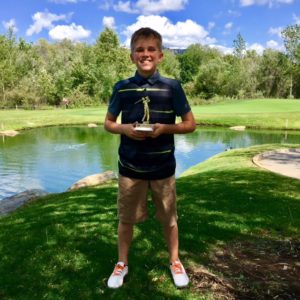 For the girls 11-12 division, we had Muzi Wei shoot 67 for first, Queen Igbineweka at 1 stroke back 68 in second and coming in third was Alexa Ortiz at 70. 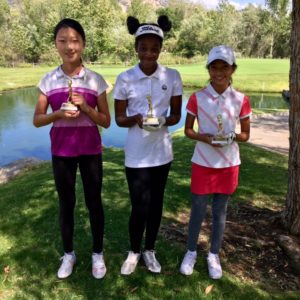 For the boys 9-10 division, we had Srinesh Namburi shoot 60 to come in first, Quincy Costales shot 64 for second and in third place we  had a tie between Daniel Chazen and Tyler Jennings, both at 67. Our card-offs are determined by who was low going hole 18 backwards, with Daniel taking home the trophy this time. 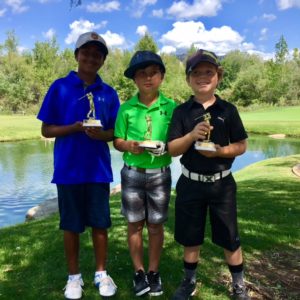 For the girls 9-10 division, we had Summer Schafer shoot 66 for her win, Karina Jadhav in second with a score of 75 and Liliana Davis shot 77 for third. 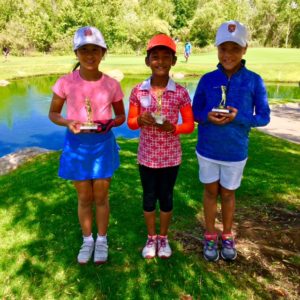 For the girls 7-8 division, we had first time first placer – Regina Ambriz shoot 45 for her win and coming in second was Janette Dunn only two back with a score of 47. 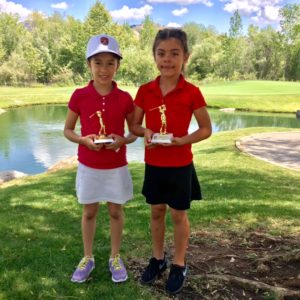 For the boys 7-8 division, we had Momotaro Suto all the way from Japan shoot 42 for first place and coming in second was Thorben Dugdale with a score of 45. Also pictured is our girls 6-under division champion, little sister Miroku Suto with a score of 36! 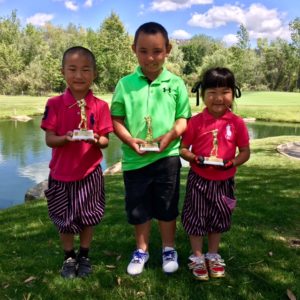 Congratulations to all of our Kids Tour participants this past weekend! No Kids Tour event next weekend as the FCG heads to Vegas for our annual Vegas Championship. Hope to see you out there! Check out our schedule for upcoming Kids Tour events to sign-up for… Tournament Schedule