Last weekend, the Kids Tour headed to one of out favorite little courses: The Loma Club (formerly Sail Ho). This event was a World Championship Qualifier. Dating back to the early 1900s, The Loma Club was originally part of the historic San Diego Country Club, which merged with A.G. Spalding’s Point Loma Golf Club in 1914 to create a San Diego landmark that has been in existence for over a century. The Loma Club presently features state of the art fairways, greens and practice facilities designed by renowned San Diego architect, Cary Bickler. Now let’s see how our participants did:

First up for the boys 13-14 divisions, we had lone soldier Erick Lamadrid shoot 3-over 30 for his trophy. 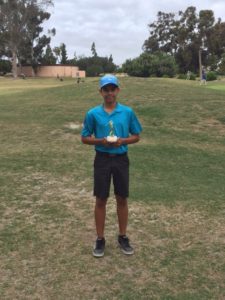 For the girls 13-14 division, Kailani Dugdale shot 33 for first and coming in second was Carissa Freeman at 36. 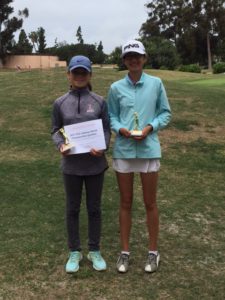 For the boys 11-12 division, we had a tie for first place at 37. After Ryan McCormick & Jesus Jimenez played a one hole sudden death play off, Ryan took first with Jesus taking home second. Coming in third one stroke back at 38 was Maclain Brigham. 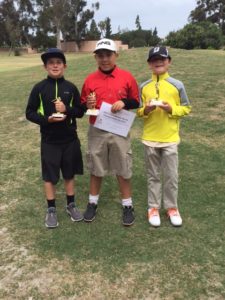 In the girls 11-12 division, Nyla Brown came in first with a score of 38, Jaden Barron in second at 39 and coming in third was Alexa Ortiz at 41. 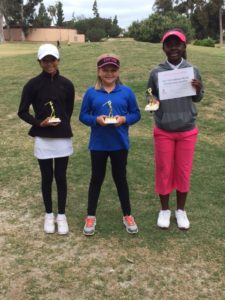 In the boys 9-10 division, Srinesh Namburi shot 32 for first, second was Lavelle Teague at 35 and coming in third place was Tyler Jennings at 37. 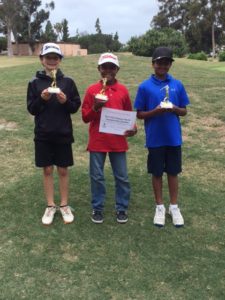 For the girls 9-10 division, Sofia Gomez-Inowe with a score of 33, and a tie for second place at 35 between Liliana Davis and Alejandra Torres with our card-offs determined by going the last hole backwards. Wining that card-off and taking home second was Liliana and Alejandra taking home third. 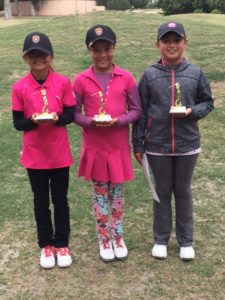 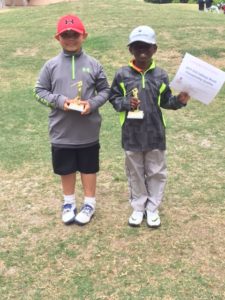 For the girls 7-8 division, we have Ivanna Jimenez shoot 38 for first, Nadia Sanchez just one stroke back at 39 for second and coming in third was Regina Ambriz at 51. 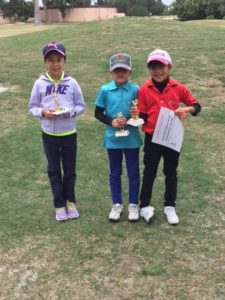 And rounding out our divisions for this event was the boys 6 & under with Owen Kaese with a score of 44 for his trophy. 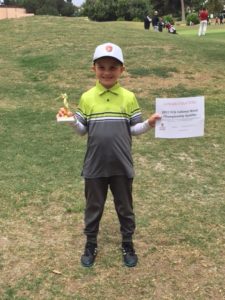 Shout out to all participants, placers, parents and of course The Loma Club staff for hosting us this past weekend! Until next time, Step-Up Tour… Tournament Schedule