Our Kids Tour Spring series continued this weekend at the amazing Loma Club where the warm weather created low scores. This is a special event for all our Kids Tour players because caddies are allowed for this special event. Also the top finishers are able to earn points for the Kids Tour Spring Series Points run that takes place from Jan-May. Playing from our FCG Black tees are the Boys 13-14, 11-12, Boys 9-10, Girls 13-14, and Girls 11-12 which measured to 1, 113 yards. While our younger division of Boys 6 and under, Boys 7-8, Girls 6 and under, and Girls 9-10 all played from 972 yards. The par for the event for our Kids Tour players is Par 27. 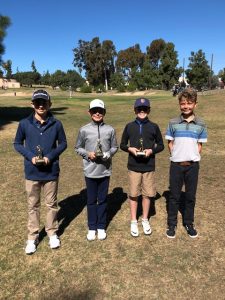 The Boys 13-14 division took advantage of the beautiful course conditions at the Loma Club over the weekend as Trevor Morrison secured his 3rd place victory carding an round of 38. From Santee, CA, Nathan Rogers shot an round of 36 which lead him to an 2nd place trophy. Securing the 1st place victory from Carlsbad, CA, is Tyler Chapman carding an solid performance of 34. 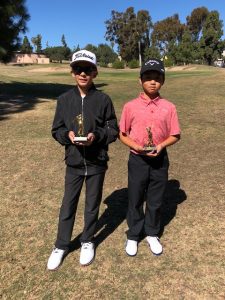 The Boys 11-12 was kept close from both Evan Lee and Kayden Wang took advantge of the course conditions. Coming in 2nd place from Chula Vista, CA, was Evan Lee carding an round of 41. However, the San Diego native, Kayden Wang was able to hold onto his lead coming down the stretch which lead him to an victory and an round of 37. 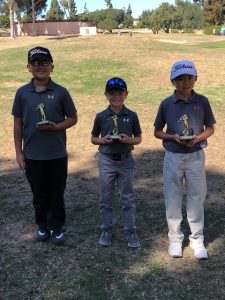 Next up is our Boys 9-10 which started with Lance Lau from San Diego got his 3rd place trophy carding an round of 36. Caden Matsurra from Laguna Niguel, CA, started his round with a birdie which lead him to 2nd with an round of 34. Coming from Chula Vista is Connor Szczechowicz shooting an round of 32 which helped him lead to an victory. 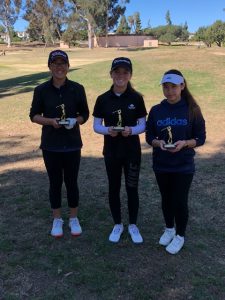 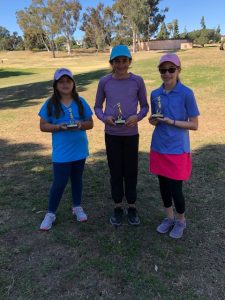 The Girls 11-12 was able to fight to finish to not only secure their trophies but also their Kids Tour Points! Catherine Gizzo coming from Del Mar, CA, was able to go home with her 3rd place award as she cared an 42. However, it was both Emilee Canepa and Charlotte Cantonis who both shot an round of 38 and tied for 1st place. Our FCG Rules and Regulations breaks any tiebreakers with an playoff. With this in mind, coming in 2nd place from San Diego is Emilee Canepa, while from La Jolla and coming in 1st is Charlotte Cantonis. 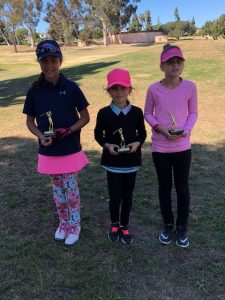 While the Girls 9-10 division was able to enjoy the beautiful course conditions as well as another successful Future Champions Golf event. Coming from Rancho Santa Fe, CA and 3rd place is Sydney Carlin carding an round of 39. While in 2nd place, Liliana Ola Davis from Chula Vista, CA, shot an round of 37. While Isabella Itkin traveled from La Jolla to play in this event and was able to go home with an 1st place victory carding an round of 34. 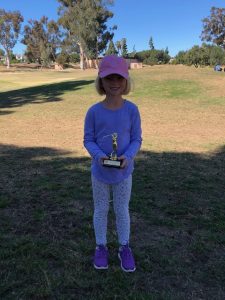 Future Champions Golf also wants to congradulate our only competitor of the Girls 6 and under division, Danielle Wilcox! Not only did she won her division shooting an round of 46, but she also played with Girls from the older division. Congratulations Danielle! 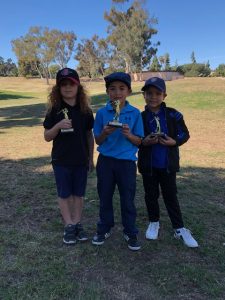 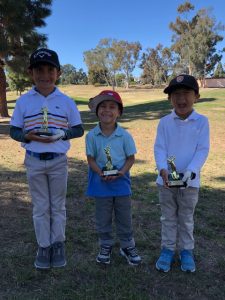 Our final group is the Boys 6 and under division. Coming in 3rd place is from Santee, CA, is Dewey Back carding an round of 47. San Diego native is Benjamin Sakoulas came in 2nd place with an round of 42. While, Cruz Garcia was able to secure his 1st place win with an score of 41 while he returns home to Temecula.

Future Champions Golf wants to thank all of players who competed in this event! We also want to congratulate all our top finishers and winners that was able to find success at The Loma Club!