Sun was shining but the air was cool at the Loma Club this weekend for our Kids Tour event! There were three age divisions for our participants to choose from, for each boys and girls and all players playing 9 holes. Let’s see how they did:

Not too many older players this weekend, so we start off with the boys 11-12 division. First place went to Nicholas Chavarin. 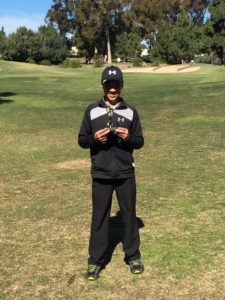 For the girls 11-12 division, Jaden Barron took home first with 42, Nyla Brown one stroke back at 43 and third went to Isabella Hernandez at 45. 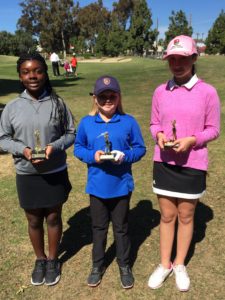 The boys 9-10 division had the biggest field this event! Coming out on top was Lance Lau, who shot 30, with Jaiden Davis in second shooting 39 and there was a three-way tie at 40 for third place, with it going back all the way to hole 6 and Dylan Giang taking home the trophy. [Card-offs are determined by who has the lowest score starting from hole 9, back] 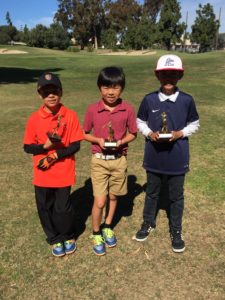 The girls 9-10 didn’t have quite as many players as the boys did but it was still a good competition! Taking those first place shooting 34 was Karina Jadhav and taking home second shooting 40 was Liliana Davis. 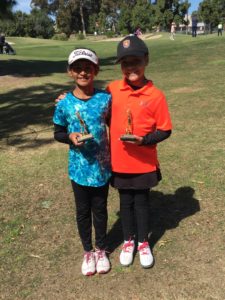 The boys 7-8 division had Connor Szczechowicz shoot 32 for his first place trophy, Jeffrey Kim shoot 34 for second and coming in third was Santiago Torres who shot 43. 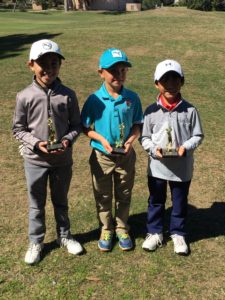 And finally for my littlest ladies, the girls 7-8 division, Alejandra Torres shot 46 for first place, and there was a tie for second! with both Sofia Valencia & Rocco Haloin both 1-stroke back shooting 47 but it went all the way back to hole 5 with Rocco taking home second and Sofia taking home third. 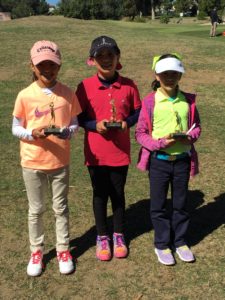 Lots of great playing! Stay tuned for our next Kids Tour event which is this Sunday, March 5 at Rancho Carlsbad. We look forward to seeing you…Tournament Schedule