Future Champions Golf headed up to Welk Resort this past Saturday, February 11th. Junior Golfers from all over the San Diego area flocked to Escondido in order to be part of the Future Champions Kids Tour Spring Series! This event was also a great chance to qualify for the FCG World Championship! Both boys & girls had the option of playing in 4 different age categories. The San Diego sun decided to peek out through the clouds over the weekend allowing for players to enjoy their stroll around the Oaks Course at Welk Resort. Let’s see how they did.

The boys 13-14 division, only had one contestant this weekend – Byron Pomery from San Diego taking home first. The boys 11-12 had a few more contestants with Alex Jung shooting 7-over 61 for first, and trailing by just one stroke, Justin Gill taking home second and third place went to Yihao Liu shooting 73. 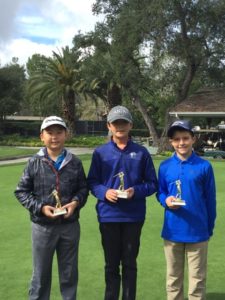 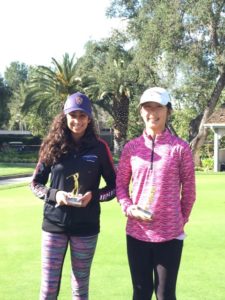 The girls 11-12 division had Sofina Firouzi shoot 10-over 64 to take home first. Just behind her, making one birdie to shoot 73, was Jaden Barron and rounding out this division in third was Camila Ortega who shot 77 for her trophy. 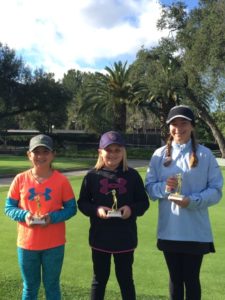 The boys 9-10 division had the most players with Andrew Rodriguez from San Pedro making 2 birdies to take home first! There was a card-off for second place, with both Jaiden Davis & Tyler Jennings shooting 64. We determine the winner for our card-offs by starting with hole 18 & back to break the tie. Taking it back to hole 16 with a par, Jaiden took home the second place trophy and Tyler taking home third. 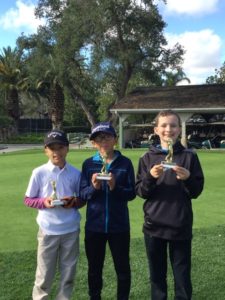 The girls 9-10 division pretty big as well with Elise Liu all the way from British Columbia shooting even par 54 for first! Coming in second was Malia Cottriel making two birdies on the front nine to shoot 62 and coming in third, making one birdie was Karina Jadhav who shot 64. 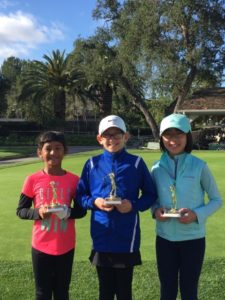 Rounding out the tournament was our 8-Under divisions, who only played 9 holes. The boys division only had one player, with Santiago Torres taking home the trophy. For the girls, Alejandra Torres came in first and Janette Dunn took home second. 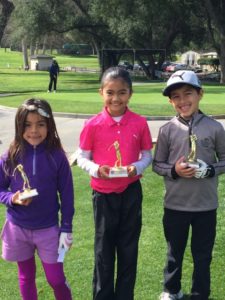 Future Champions Golf is very happy the 2017 season is now in full swing (pun-intends), so far we have had great tournaments filled with emotion and excitement. We are very excited to be offering more than 100 events a year that allow junior golfers of al levels to train and showcase their talent on the links. Until next time Kids Tour… Tournament Schedule