Man Down – Help is needed

It was just last month in August the Future Champions Golf Academy played a new annual Ryder Cup Style Match Play event here in San Diego against the Carlos Brown Academy from Texas.  Carlos Brown has been a good friend to me in the golf world for the past several years as we have such a similar passion for helping junior golfers develop in the most positive way and also help parents with the long term junior golf process. 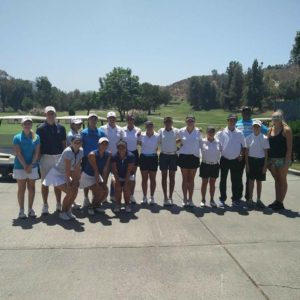 from Golf Digest Article…
Carlos Brown is a distinguished teaching professional. Known for his work with junior golfers, Brown’s also a master of the short game, and his pupils rave about his help with their mental focus. His testimonials are harmonious: all seem blessed to have worked with him.

Now it’s time for the golf community to repay the favor in Brown’s time of need.

Brown, ranked among Golf Digest’s Best Young Teachers since 2010, recently suffered an injury to his left foot. A cut became infected, and it ultimately spread throughout his foot, leading to an emergency room trip. It was here Brown was informed he had gangrene, and he would lose the use of his toes.

During surgery, doctors discovered the infection was worse than previously thought, leading to amputation of Brown’s entire foot and the lower part of his leg. 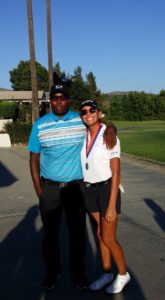 Future Champions Golf Tour is hosting a Fundraiser for Carlos Brown to help with his medical expenses and the time away from coaching:

At both the FCG World Series La Costa Event on Oct. 15-16th and the Sandpiper Event on October 29-30th we will open opportunities for all to sponsor a hole for $100 with 100% of that money going to Carlos Brown.  We sold 5 holes immediately when we first announced on Facebook but we need your help to reach the goal of all 36-holes sponsored and a nice $3,600 to help Carlos.  Anyone can sponsor.  If golf related swing coaches, companies, etc want to help please email chris@futurechampionsgolf.com Your support is great appreciated.

There is also a new Carlos Brown Golf Tournament in Texas – http://generaltransformer.com/cbgolf/