Mission of the Future Champions Golf Advisory Board – To further develop and expand on what Future Champions Golf has built since its inception in 2004 as a provider of the best in junior golf tournaments and coaching. We strive to create the most positive, productive, and complete junior golf program for every youth golfer to succeed both on and off the course.  FCG is committed to the most professional experience, friendly staffing, advanced technology, and most affordable pricing to serve more families. The advisory board will consult with the Future Champions Golf Team led by Founder Chris Smeal and Director of Operations Antrone Williams. 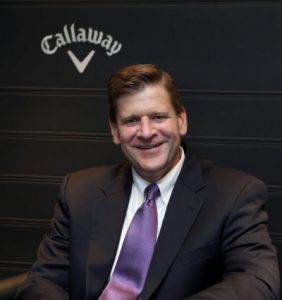 Oliver “Chip” Brewer, President and Chief Executive Officer of Callaway Golf Company, is a proven leader in the golf industry where he has held executive positions since 1998. He has extensive knowledge of all facets of the golf business, particularly in sales and marketing. Brewer assumed his leadership of Callaway Golf on March 5, 2012, arriving with a firm belief in technology-driven products and a track record of increasing market share and shareholder value.

Prior to joining Callaway Golf, Brewer served as CEO of Adams Golf from 2002-2012, where he engineered a turnaround that drove the company to profitability. He was widely credited with transforming Adams from a single-product focus to a diversified brand portfolio.  With a clear focus on innovation, Brewer made strategic investments that bolstered the size and success of his product development team.

Brewer embodies a lifelong passion for the game and its continued growth around the world. His father, O. Gordon Brewer, is the longtime president of Pine Valley Golf Club and is a former member of the USGA Executive Committee.

Brewer has an undergraduate degree in economics from the College of William and Mary, where he played on the golf team, and later earned his MBA from Harvard University. 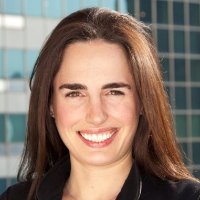 Victoria built and sold a signage and graphics company where her team developed and executed visual communications solutions for over 500 clients ranging from small businesses to Fortune 500 companies. Since selling the signage business, Victoria has been focused on helping small to medium businesses, social enterprises, and impact investment funds create and execute their finance, capital raising, marketing and sales strategies. Previously, Victoria was Director of Marketing at Water Asset Management, LLC, focused on raising assets for a hedge fund and a private equity fund devoted to investing in water related assets globally. Victoria was previously a member of the Investor Relations and Marketing team at Apollo Global Management, LLC, and prior to a career in finance, managed sales and event planning for a number of top venues in both Washington, DC and New York, NY. Victoria is on the Board of Entrepreneurs Organization Accelerator Program in San Diego, and volunteers with numerous non-profits. Victoria graduated from McGill University with a BCOM in Marketing and Finance. 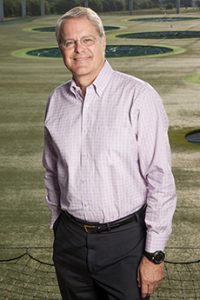 Ken joined Topgolf in August 2013 as COO and was appointed CEO in July 2014. He spent 25 years of his career at FedEx, culminating with his promotion to CEO of FedEx Kinko’s (now FedEx Office). He has also served as President of Krispy Kreme and as Chairman of the March of Dimes National Board of Trustees. Ken’s impressive career has been profiled in The New York Times, Fortune, Time and Forbes magazines. It has also taken him on two visits to The Oval Office.

Ken resides in Dallas. Outside of Topgolf, he enjoys exercising, reading and playing golf. He describes his greatest passion as developing successful leaders.

With over a dozen first chair trials since 2010, Steve Geise is a trial lawyer who focuses on defending companies in product liability lawsuits in state and federal courts throughout the United States. He has represented manufacturers of airplanes, cigarettes, medical devices, off-road vehicles, pharmaceuticals, and other consumer goods in individual and class action litigation.

In 2016, Steve was a member of the trial team that achieved the largest patent infringement verdict in U.S. history. After a two-week trial, the jury ordered Gilead Sciences to pay $2.54 billion in damages to Idenix Pharmaceuticals (a subsidiary of Merck & Co.) for sales of sofosbuvir-based medicines, including Sovaldi and Harvoni, for its infringement of an Idenix patent related to the treatment of patients with hepatitis C virus (HCV) infection.

Since 1996, Steve has been part of the national coordinating counsel team defending R.J. Reynolds Tobacco Co. in complex personal injury and wrongful death lawsuits in multiple states. He was active in the Firm’s representation of Yamaha Motor Co. in litigation involving the Rhino side-by-side vehicle. Recently, he defended medical device and pharmaceutical manufacturers in product liability lawsuits and defended other clients in two purported class actions alleging privacy violations for monitoring calls to customer service centers.

Steve also serves as the head of litigation and as the Administrative Partner in the San Diego Office. 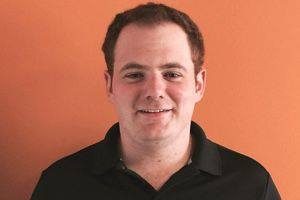 Joe Shuchat is a Canadian Entrepreneur with an extreme passion for sports, technology, and performance. Born and raised in Toronto, Ontario, he has always had an affinity for helping others achieve their goals and that was no different when he founded Winning Identity, a private customizable network for teams and organizations. The software, which was entirely cloud based, was designed to improve communication and player development among college and professional sports teams. Winning Identity partnered with several large players including the Golf Channel, Home Depot, and IBM Watson. His ability to define and utilize the proper technology and build a strong development team is what allowed Winning Identity to be acquired by Blast Motion in May 2016. Joe spent a year helping Blast integrate the platforms before going back out on his own. He holds a Bachelor of Management degree from Dalhousie University and became a Certified Webmaster through Seneca in 2012. He is also a scratch golfer having represented Canada in several competitions internationally as well as spent two years caddying on several major professional tours including the PGA Tour. 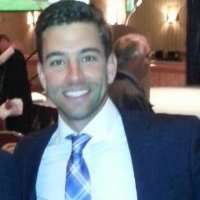 Alex Weber is the Founder and CEO of GolfMDs, a golf-focused business management and marketing company based in San Diego, CA. Weber is a 2008 graduate of Miami University, where he received his BS is Economics.

Weber began his career in San Francisco as a commercial real estate broker, specializing in technology companies. In 2014 he moved into the startup world – launching GolfMDs.com with his Silicon Valley-based partners. GolfMDs has quickly become an industry leader, having helped teaching professionals in over 12 countries streamline their business management and marketing efforts.

Tina is a PGA Professional and an internationally recognized golf instructor and analyst.  She has appeared regularly on the Golf Channel and covered the LPGA Tour for CBS.  She has written prolifically about the game through her widely syndicated column “Professional Golf Tips with Tina Mickelson” and is currently the Editor-At-Large and Local Golf Expert for San Diego Magazine.

Tina has applied her profound technical knowledge of the golf swing and overall approach to the game in her role as Ambassador for Callaway Golf and Ambassador for The Santaluz Club in San Diego, CA.  She is often sought out for her professional input, for example, helping Dr. Deepak Chopra edit his book, Golf For Enlightenment. She can also be seen in his movie, The Seven Spiritual Laws of Success, which is based on his best-selling book.

Besides having a background in golf related media, Tina also specializes in corporate outings, speaking engagements, and group events. 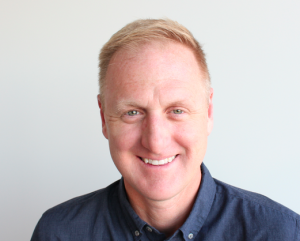 Jason began his career with Golfweek where he served in consumer marketing, territory sales, director of sales and finally Publisher overseeing the print, digital and experiential marketing divisions. While at Golfweek, Jason developed and built a digital media sales strategy, created fully integrated sales programs for advertisers, opened new categories of advertising business and help to modernize the brand.

Jason is a graduate of University of Central Florida and earned an MBA from Rollins College.