This past weekend the FCG Tour stationed up at Carlton Oaks Country Club for the weekend with weather that hit two ends of the spectrum! Our first day yielded blowing winds and a heavy dump of rain for a solid 25 minutes, that affected play for those on the course. Slight drizzle off and on for the remainder of the first round. And our second day saw sunny skies, shorts weather! A normal San Diego winter weather forecast! The Carlton Oaks 18-hole championship Dye-designed course has golf roots that date back to 1958. However, the course was totally renovated by Perry Dye, son of Paul B. “Pete” Dye, in 1989. Pete Dye became a legend in the field of golf course design and construction and received the 2008 World Golf Hall of Fame lifetime achievement award. Dye Designs has established a worldwide reputation for creating unique, challenging and environmentally sensitive golf courses that are always fun to play. Carlton Oaks is certainly no exception. All players played this course at a modified par of 71, making the 8th hole into a par 3 for pace of play purposes. Top finishers in this event also earn an exemption into the 2018 FCG Callaway World Championship next July in Rancho Mirage, CA.Now let’s get into some results…

For the Girl’s college prep division, who played the white tees, we had Vanessa Betancourt from Huntington Beach, CA shoot scores of 80 & 73 for a total 11-over 153 for first place. We did have a tie for second place at 13-over 155 between April Ranches from San Diego, Ca (83 & 72) and Precious Saelee from Walnut, CA (80 & 75). FCG method for card-off is determined by second day low with Ranches taking home second and Saelee taking home third. 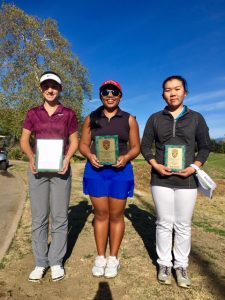 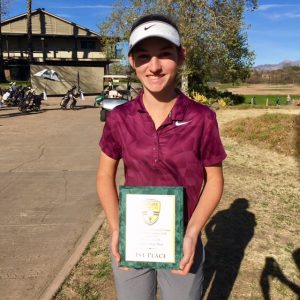 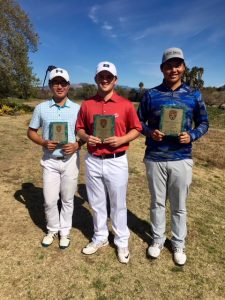 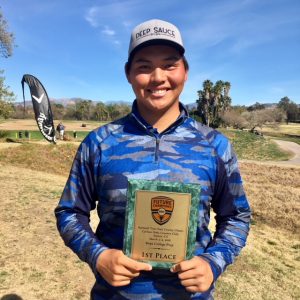 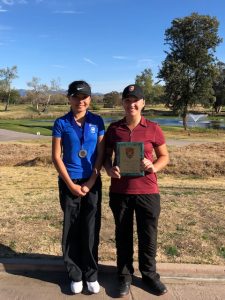 For the Boys 13-14 division, who played the white tees, we had a two-way tie for first place at 11-over 154 between Jacob Paule from Chula Vista, CA (consecutive 77’s) and Nathan Sampson from Temecula, CA (79 & 75). After a 1-hole sudden death play-off, Paule came out on top taking home first and Sampson taking home second. Taking home third place was Gyutae Bak from Murrieta, CA with scores of 83 & 78 for a total +18, 161. 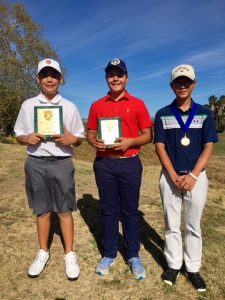 For the Girls 12 &under division, who played the yellow tees, we had Summer Schafer from Ramona, CA come out on top with scores of 92 & 88 for a total 180. There was a tie for second place at 188 between Zoe Salinas from San Diego, CA (93 & 95) and Jaylen Wan from San Diego, CA (consecutive 94’s). After the card-off, Wan took home second and Salinas took home third. 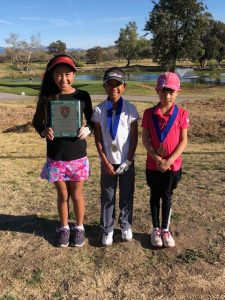 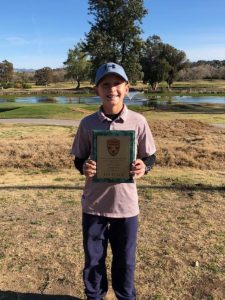 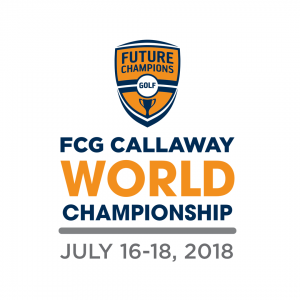 **The Winner of each age division at this event has earned an Exemption into the 2018 FCG Callaway World Championship at Westin Mission Hills Resort on July 16-18, 2018!  Congratulations to all of our Champions!  Championship Website

This event’s earning of the DEEP SAUCE low first round went to Leo Oyo with a score of even par, 71.

Congratulations to all participants, placers, parents, exemptions and the staff at Carlton Oaks Country Club for making yet another successful FCG event! Until next time, National Tour… Tournament Schedule