National Tour 4.29-30: The Vineyard at Escondido

This past week the FCG National Tour played The Vineyard at Escondido! Located just north of beautiful Lake Hodges in North County San Diego, bordering the award-winning boutique Orfila Vineyard and Winery in the San Pasqual Valley agricultural preserve, is the David Rainville-designed layout for the golfer ahead. With great weather in tow, let’s see how they did:

First up, for the girls college prep division, we had Morgan Goldstein come in first with scores of 68-72, total of 140 even par. Coming in second place we had a tie at 4-over 144 between April Ranches (74-70) and Vera Markevich (73-71) and taking home second place (determined by second day low) was April and taking home third was Vera. 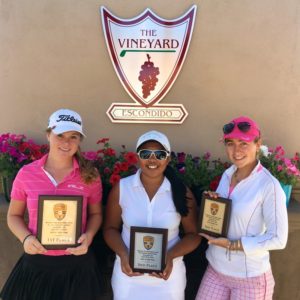 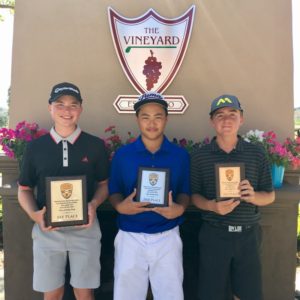 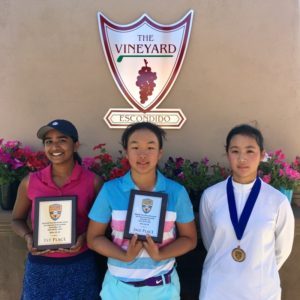 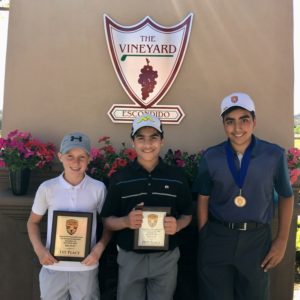 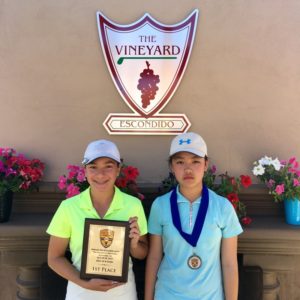 Congratulations to all of our placers, and shout out too all participants, parents and for The Vineyard at Escondido staff & maintenance for having us out this past weekend! Until next time National Tour… Tournament Schedule