Last weekend the FCG National Tour headed just north of San Diego County up to Temecula. Rated 7th best among California’s public golf courses, Redhawk Golf Course makes a lasting impression. The gentle contours of this Ron Fream design present a wonderful challenge for golfers of every level, from 2008 PGA Champions Tour pre-Qualifiers to junior on-course lessons. This event is a qualifier for the prestigious FCG Callaway World Championship being held at Westin Mission Hills Resort on July 17-19, 2017. The Winner of each age division will receive an exemption into this special event. Let’s see how they did:

First up for the girls college prep division, as had Ke (Coco) Yang from Irvine, CA shoot 76-78 for a total 154 for first place. Coming in second place we had Gabrielle Lewis from Arcadia, CA shoot 75-80 for total of 155. We had a four-way tie for third place at 159. Our card-offs are determined by second day low, with Joys Jin from Encinitas, CA winning that card-off with scores of 81-78 (not pictured). 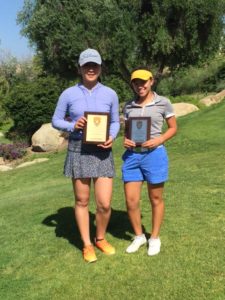 For the boys college prep division, we had Bo Jin from Encinitas shoot 76-72 for a total of 148 for first. Coming in second place we had a five-way tie at 9-over 153. Winning that card-off was Nick Burns from Agoura Hills, CA with scores 77-76 (not pictured). Next in line after that card-off was Caden Fioroni from La Jolla, CA with scores of 76-77. 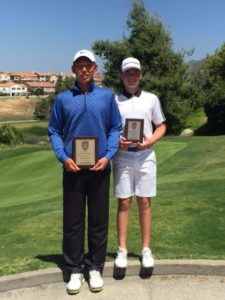 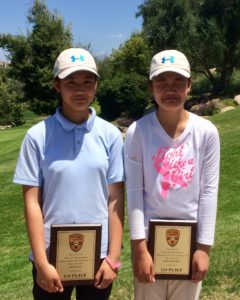 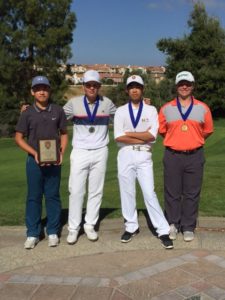 Congratulations to all placers as well as qualifier for our FCG World Championship. A big thank you to all participants, parents as well as the staff at Redhawk Golf Club for hosting us! Another great event for us in the books! We’ll see you in a couple of weeks out the desert for our Memorial Day Weekend World Series Event out in La Quinta. Until then FCG players… Tournament Schedule