Last weekend our national tour hit up Riverwalk Golf Club for another nice weekend of some golf! This event was our spring series finale, worth double points as well as a qualifying event for our prestigious FCG Callaway World Championship held at the Westin Mission Hills in July out in the desert!

Riverwalk Golf Club boasts mature stands of palm, oak and eucalyptus trees frame undulating fairways and manicured greens, with numerous wetland areas, nearly 100 bunkers and an array of picturesque water features – including four lakes and the San Diego River – creating both strategic diversity and a visually stunning backdrop for golf. This weekend, our players played the Mission & Friars courses. Let’s see how they did: 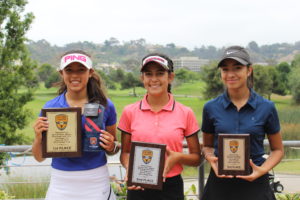 For the boys college prep division, we had some outstanding play from first place finisher Caden Fioroni from La Jolla, CA who shot 5-under 67 first day, then 7-under 65 for a total 12-under! Second saw some more red numbers and a three-way tie between Jack Townsend (71-72), Adrian Soriano (74-69) and Shu Q Sun (75-68). Our card-offs are determined by second day low, with Shu Q taking home second and Adrian taking home third. 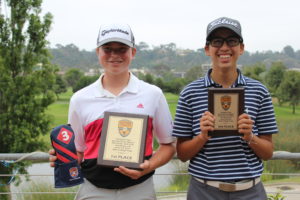 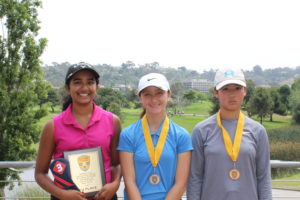 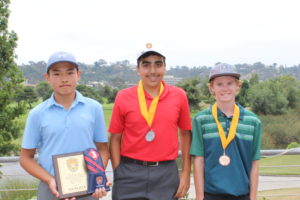 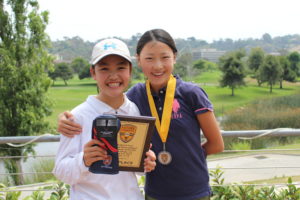 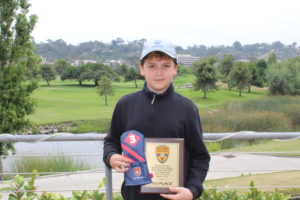 Big thank you to all participants, parents and the staff at Riverwalk Golf Club for hosting us this past weekend! See you all in the summer… Tournament Schedule