This weekend the National Tour headed out to one of our frequented venues, Sycuan Golf Resort! Our players played the Oak Glen Course boasts tight fairways, tricky undulating greens, few difficult hazards all set among mature and landscaped surroundings. Sweetwater River runs through the course so get ready to cross the river with an accurate drive on the beautiful yet treacherous 5th hole — one of the best golf holes in San Diego! Let’s see how they did:

For the girl’s college prep division, who played the white tees, we had Catalin Yturralde from La Mesa, CA shoot 76 & 74  for a total 150 for first. Coming in second place we had Jaycie Stewart from San Diego, CA shoot 77 & 76 for a total 153 and a three-way tie for third place at 159 between Victoria Lee from Carlsbad, CA (79-80), Jordyn Parr from Temecula, CA (79-80), & Anna Poon from San Diego, CA (79-80). However, all three girls shot the same scores both days so it goes down to back nine low for today. Wining that card-0ff taking home third place was Anna Poon. 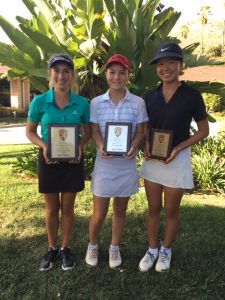 For the boys college prep, who played the blue tees today, had Derek Kim from Irvine, CA shoot scores of even par 72 & 4-under 68 for a total of 4-under for first. Coming in second place was Sean Breen from Temecula, CA with scores of 75 & 72 for a total 147 and RuoChen (Bobby) Xu from San Diego, CA in third with consecutive 74’s for a total 148. 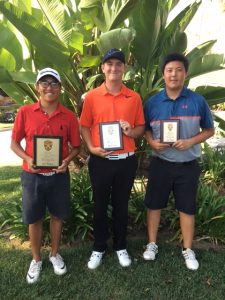 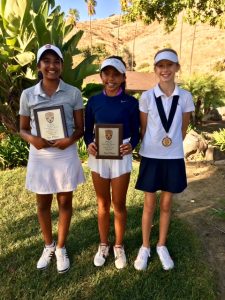 For the boys 13-14 division, who played the white tees, we had Jacob Paule from Chula Vista, CA shoot 73 & 76 for a total 149 for first. We had a two-way tie for second place at 154 and that is determined by a card-off. Our card-offs go by second day low (they tied) which then goes to the back nine for the second day. Winning that card-off was Michael Chang from Rancho Santa Fe, CA with scores of 75 & 79 for a total 154 and taking home third was Andrew Xue from San Diego, Ca with scores of 75 & 79. 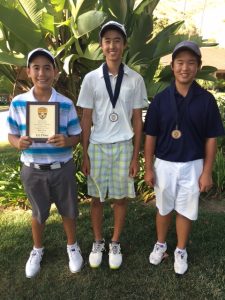 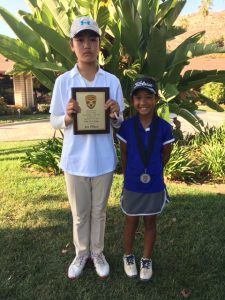 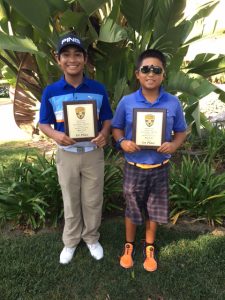 Congratulations to all participants, placers, parents and the staff at Sycuan for making yet another successful FCG event! Until next time, National Tour… Tournament Schedule