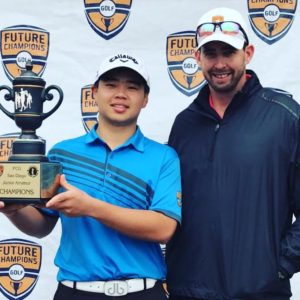 We are excited to announce we have a NEW FCG HALL OF FAME MEMBER!  To be a member of the FCG Tour Hall of Fame it takes winning 3 FCG World Series Tournaments in the 15-18 Division.  To date the only players to achieve this ELITE Status are: