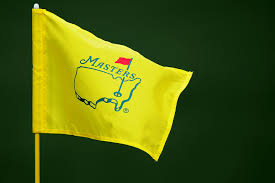 The event, set to kick off Masters week in April 2019, will feature the top 72 women’s amateurs from around the world.

The first two rounds of the tournament will be held at nearby Champions Retreat Golf Club. Following a cut to the low 30 players, the final round will be held at Augusta National on Saturday, April 6, 2019.

“This championship will become an exciting addition to the Masters week, and it furthers our effort to promote the sport and inspire young women to take up the game,” Ridley said.

The champion will receive an exemption into next year’s U.S. Women’s Open and the Women’s British Open, as well as any USGA, R&A and PGA of America amateur events for a year.

The field will be comprised of all of the winners from the U.S. Women’s Amateur, Ladies’ British Amateur, Women’s Asia-Pacific Amateur, U.S. Girls’ Junior, Girls’ British Open Amateur Championship, Girls Junior PGA Championship. In addition, the top 30 players in the Women’s World Amateur Golf Ranking not already qualified will receive invitations to the event, as well as the top 30 players from the United States. The Augusta National Women’s Amateur Championship Committee will fill the remaining positions.