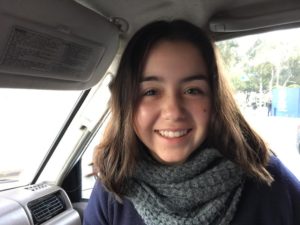 I have played golf ever since I can remember. I started hitting balls with my dad at age three, and  fell in love with the game since then. My first real lesson was at the age of five, and I began competing in local tournaments at the age of seven. As my involvement in the game developed, I attended tournaments in San Diego at age 8. Around the time I was ten, I realized I wanted to play college and professional golf. From then until now, I have worked very hard to achieve my goals, all while enjoying the game and having fun. My favorite kind of tournaments are team championships, because I find team work exciting and fun. Plus, I get to learn many things from my teammates, which leads us to be more competitive and improve our games. I believe that everything I have achieved I worked very hard for, and earned it. In the future, I would like to attend a college in which their golf team plays in NCAA Division 1 and from now until then, I plan to keep doing my best at school and golf.