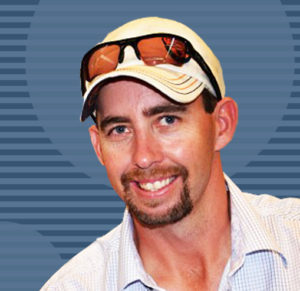 So I have not been competing much the past several years due to family and work obligations but I recently played in the Home of Guiding Hands Pro-Am at the beautiful Maderas Golf Club in Poway, CA.  The event was really just a fun event for a good cause but there was a Professional $$$ purse on the line for the Professionals.  33 Southern California Pro’s would compete in the stroke play championship that featured a combination of white and blue tees.  I had an amazing day that was both up and down but in the end was mostly up and I think it is important that I share how I was able to make this into a great day and ride the “Momentum” that showed up mid round for me.

I think it’s very easy for players to try too hard and try to force themselves to play a good round whether than let things unfold. I had absolutely zero expectations of playing well this day as I have not been practicing, nor playing very often.  I had just two weeks prior played my first competitive round of golf all year.  So here’s how the day unfolded:

I started the day with a lousy warm up, the range was busy and their weren’t a lot of places to hit so I hit about 12 balls. To say I found any kind of groove would be a complete lie. I hit some thin wedges, some fairly large drawing 7 irons, and slapped a few drives with 30 yard cuts.  I wasn’t too concerned as this wasn’t my first rodeo.  I hit a few putts, not one putt went in the hole and I had even joked with several other pro’s about how funny it is to hit 35 putts from inside 12 feet and not make a single one.  Off to the course we went after meeting my four amateurs to play with. all very cool people and I was looking forward to a fun round on the course.

I started on hole 14 which is an uphill par 5… I hooked my tee shot having absolutely no feel for my transition and got super quick and hit my ball into the hard down the left. I found the ball and wedged out, hit the green and three putted my way to an opening bogey 6!  The next hole was straight down hill from 160 yards and since I had no feel I tried to hit a hard PW which came up ten yards short and led to another bogey.  I settled down hitting a great tee shot on the next, a nice 9 iron just below the hole and then lipped the putt and tapped in for my first par.  I stuffed a wedge on 17 to 8 feet and lipped out the putt.  A 330 yard drive on hole 18 left me with 210 to a back flag, I hit a 5 iron that was right at it, landed 6 inches from the hole and rolled into the back fringe.  2 putts and a birdie to get back to 1 over.  One hole 1 after a long delay I hit a great tee shot and a PW from 140 to 3 feet for birdie to get to even.  I could sense that I was starting to find a rhythm and my timing was getting pretty dialed in. I was landing my shots pin high and I was much more comfortable and confident than the first couple holes.  On Hole 3 I made a mistake from 250 in the center of the fairway pushing a hybrid into the creek down the right which led to a bogey 6 on an easy par 5.  The next hole was a tough back right flag and I hit it right at it just half a club short and on the fringe. I blew my putt 4 feet by the hole and missed it coming back.  The next hole a tough driving hole I missed it left and was convinced I drove it in the hazard.  Driving to my ball I was pretty frustrated and thinking now that I was going the wrong direction and hitting it left would probably lead to another bogey. I drove up there and luckily my ball carried the hazard or ran through it somehow. I had just 50 yards in and hit it to 5 feet and made the birdie putt. The next hole was nearly driveable and I hit it right in front of the green and 2 putted for birdie.  So now i am back to even and starting to feel pretty good about going birdie birdie after those two careless bogeys.  I made a solid par on the tough par 3 and then crushed a drive on hole 8 and hit my 6 iron to 15 feet on the par 5 in two.  My friend Grant was in the group ahead and he yelled down that he made eagle and he didn’t want me to top his skin.  I buried that putt right in the middle and gave him a fist pump like you’re going down punk!  I was pumped and sitting a two under knowing I had some easy holes coming up I had a lot of momentum and energy going into 9.  When I got the tee and realized the tee was up and that I could go for the green even though the green was guarded by water I was pumped and pulled driver.  I hit it right at the hole but was just short and hit a great pitch to three feet and made another birdie.  Hole 10 is a short hole and I swung out of my shoes (with some balance) and hit it on the back of the green.  I two putted just nearly missing the eagle putt for a tap in birdie.  Hole 11 I hit it a few yards short and pitched to three feet again. Hole 12 I hit a huge drive and a sand wedge that landed two feet from the pin but spun off the green into the fringe.  I was frustrated by that spin but golf god’s were on my side and I buried that putt from off the green into the hole for another birdie and my 8th street 3.  I made a solid par on the tough par 4 13th and before I even realized I had carded a 66.  It was  a great day and great to shoot a score that I used to be able to do pretty often.  I enjoyed the day and the momentum and ride.  It was so exciting and fun to play that way.

1 thought on “Ride the Momentum – Advice on Scoring Low”