Step-Up Tour: 11.12 The Vineyard at Escondido

This past weekend the Step-Up Tour played The Vineyard at Escondido. Located just north of beautiful Lake Hodges in North County San Diego it borders the award-winning boutique Orfila Vineyard and Winery in the San Pasqual Valley agricultural preserve. Let’s see how they did: 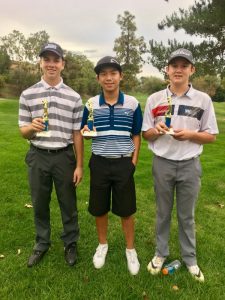 For the Boys 13-14 division, we had a two-way tie for first place at 88 between Nicholas Chavarin and Max Atkins. After a two hole sudden death play-off, Chavarin won first and Atkins took home second. Coming in third place was Jacob Hudiburg with a score of 90 (not pictured). 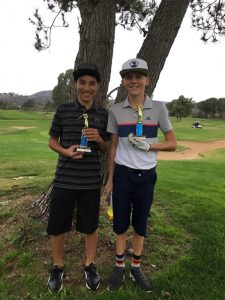 For the Boys 11-12 division, we had lone soldier Diego Torres come in with a 91 for his trophy. 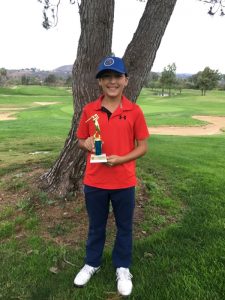 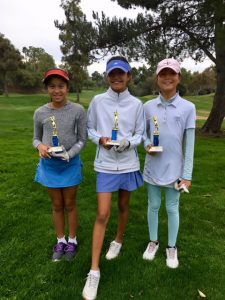 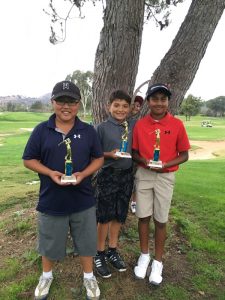 Big thank you to all participants, parents and the staff at The Vineyard at Escondido for hosting us. Until next time Step-Up Tour… Tournament Schedule