Another gorgeous day out at Sycuan Golf Resort! This time we had the Step-Up tour players on Oak Glen. Now that spring-forward daylight saving time is in full-effect, allows for later tee times and longer days out on the course! All top finishers in each division recieve exempt status to the 2017 FCG Callaway World Championship! Let’s see who qualified, and how they did:

First up for the boys college prep division, we had Nikko de Castro shoot only 3-over 75 for first! Coming in second was Kyle Lague who shot 83 and coming in third was Reece Lacour at 93. 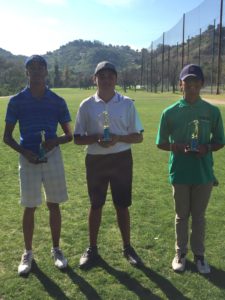 Small field this weekend which inlcuded only one player for each the girls college prep division and boys 11-12 division. Therefore, are pictured both together, of which are also brother and sister! Annika Yturralde shot 86 for her trophy and brother Philippe Yturralde shot 79 for his. 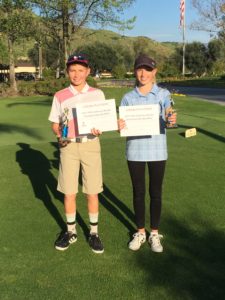 For the boys 13-14 division, we had Andy Knight shoot 84 for first. Coming in second was Nicholas Vila at 94 and coming in third was Noah Simpauco at 107. 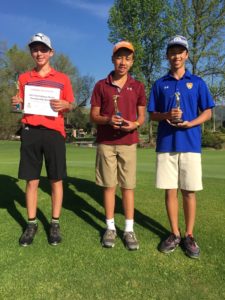 For the girls 13-14 division, we had Lauren Coast at 101 in first, Fiona Paterson at one stroke back at 102 in second and Carissa Freeman at 106 in third. 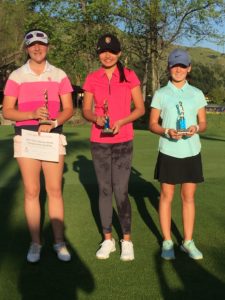 For the girls 12 & under division we had Erica Freeman in first at 106 and one stroke back was Jaden Barron at 107. 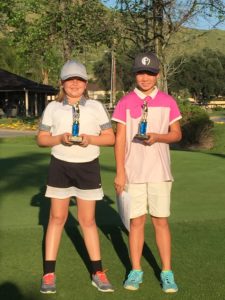 And last we had the boys 10 & under division with Carter Gaede come in first at 89, Jaiden Davis in second shooting at 95, and Jeffrey Kim coming in third with a score of 98. 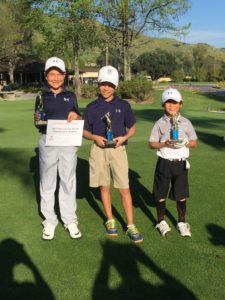 Congratulations to all our top finishers and qualifiers for the 2017 FCG Callaway World Championship! Until next time Step-Up tour… Tournament Schedule