Last weekend the Step-Up Tour headed to Twin Oaks Golf Course! The San Marcos golf course is easy to get to from throughout North San Diego County and is known for its beauty, especially on the picture perfect par 3’s. Fairways at Twin Oaks can be narrow and test golfers’ accuracy off the tee. Keep your drives out of the rough, and you’ll be rewarded with ample opportunities to hit the green in regulation. You’ll also find the greens to be quick and true: Read your putt correctly and your ball will find the hole! Now let’s see how they did:

The boys college prep division saw Rei Harashima shoot 3-over 75 for first, Matthew Siemer shot 80 for second and coming in third place was David Yoon with an 86. 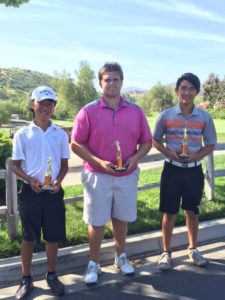 The girls college prep division saw Napua Glossner also shoot 3-over 75 for first place, and there was a tie for second at 81. Between Emily Zhao and Zoee Lynch with Zoee winning the card-off taking home second and Emily taking home third. 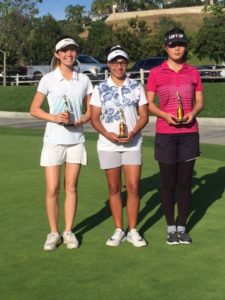 For the boys 13-14 division, Tyler Kowack shot 3-over 75 for first, Kenneth Zhang shot 79 for second and coming in third place was Jacob Paule with 80. 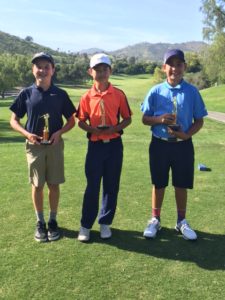 For the girls 13-14 division, Yiyum Xu shot 86 for first and Kristian Wilmes shot 87 for second. 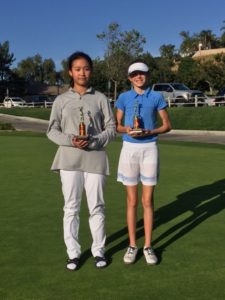 The boys 11-12 division had James Whitworth shoot 79 for first, Ryan McCormick shoot 90 for second and in third was Elijah Goulbourne at 95. 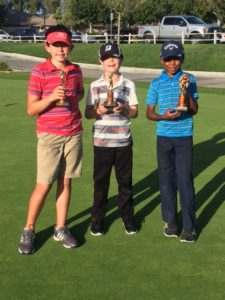 The girls 12-under division had Hing Yuen Xu shoot 83 for first, Kiana Glossner one stroke back at 84 for second and coming in third was Sky Pascual one stroke back from her, at 85. 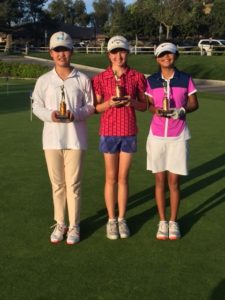 And lastly for the boys 10 & under division, we had Ace Pascual shoot 92 for first, Jaiden Davis shoot 95 for second and coming in third was Kai Salinas at 105. 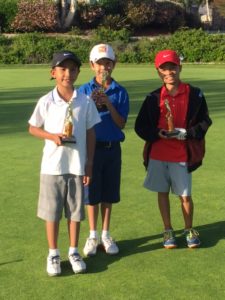 Congratulations to all placers as well as special thanks to all participants, parents and to Twin Oaks staff for hosting us! Until next time, Step-Up Tour… Tournament Schedule