Last weekend the Step-Up Tour played Oaks North. Of the 3 nine hole courses, our players enjoyed the likes of the East & South courses. The facility embraces its unique position as a short yet fairly challenging layout and offers programs throughout the year for golfers of all abilities. This event was an FCG World Championship qualifier with each winner or top placer not in the event already, earning an exemption into our event in July. Let’s see how they did:

First up for the boys college prep division we had lone soldier Byron Pomeroy shoot 92 for his trophy. 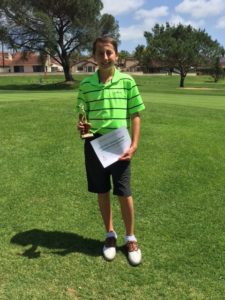 For the girls 13-14 division we had Dianna Lee shoot 75 for first, Kritian Wilmes shoot 76 for second and coming in third was Breegan O’Hearn who shot 79. 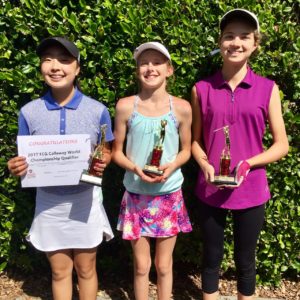 For the boys 13-14 division, we had Arman Rahgozar shoot 67 for first, Jackson Walker shot 71 for second and coming in third was Nicholas Chavarin who shot 74. 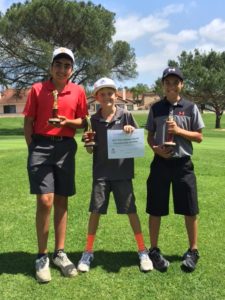 For the girls 12-under division, we had Sofina Firouzi shoot 68 for first, coming in second was RoRo Mina with 76 and coming in third was Karina Jadhav with a score of 78. 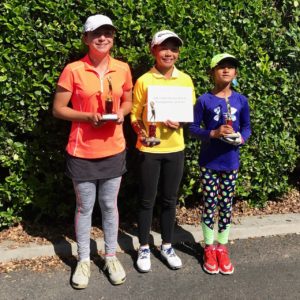 For the boys 11-12 division, we had Kyle Shi shoot 67 for first and coming in second was Matthew Border with a score of 72. 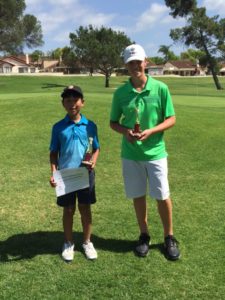 And for the boys 10-under division, we had Conor Herrera shoot 69 for first, Thomas Browning with a 71 in second and we had a tie for third place at 74 between Quincy Costales and Kyle Jakubowski. Our ties are determined by card-off going hole 18 backwards low score. Wining that card-off was Kyle. 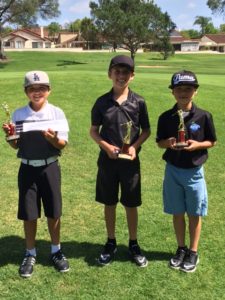 Congratulations to all placers as well as well as qualifiers for the FCG World Championship! Big thank you to all participants, parents and Oaks North for hosting us. Until next time Step-Up Tour… Tournament Schedule