Team Event within Stroke Play Event – Like a College Tournament 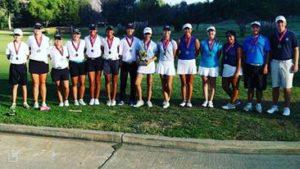 We are excited to announce another fun event amongst players and coaches with the FCG Tour Winter Academy Cup during play of the January 28-29, 2017 FCG National Tour Event at St. Mark Golf Club.

This is just a special ADD-ON to the existing event we are hosting but here is what we have planned:

Coaches to send 2 Boys 15-18 to represent their Academy or Coaching Program with both scores counting both days for a team score. (We will do a Girls Event later this spring)  Coaches can feature multiple teams.

***To play in the Team Event you must be registered in the FCG National Tour Event at St. Mark. There is no additional fee to be in the Team Competition. Teams must be submitted by January 17, 2017