Future Champions Golf is continuing to build one of the best College Coaches following in the USA. Our events are always professionally staffed, run first class, and played at many college and professional courses. Our goal is to provide the 15-18 and college prep divisions with a test very similar to a collegiate event. Several of our events have now attracted so many coaches that if college golf is your goal these are MUST PLAY events. 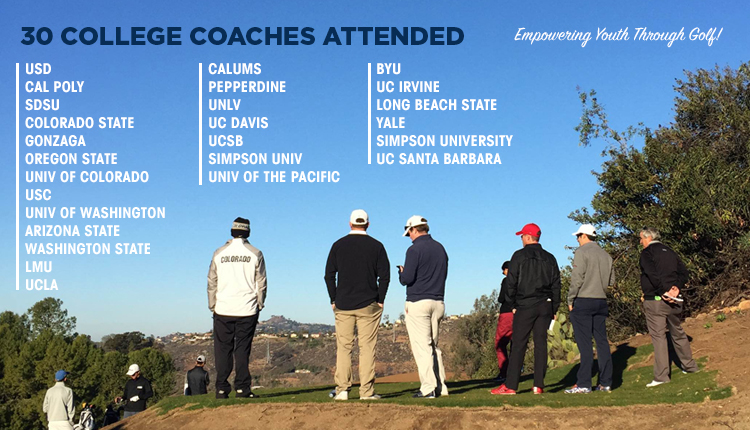 The FCG National Championship formerly known as the San Diego Junior Amateur is the premier winter break event in the world for competitive junior golfers. Annually featuring over 550 players and growing this event is a proven breeding ground for successful players. Several of our past champions are playing on the PGA and LPGA Tours and the reigning NCAA Individual Champion won this event in 2014. 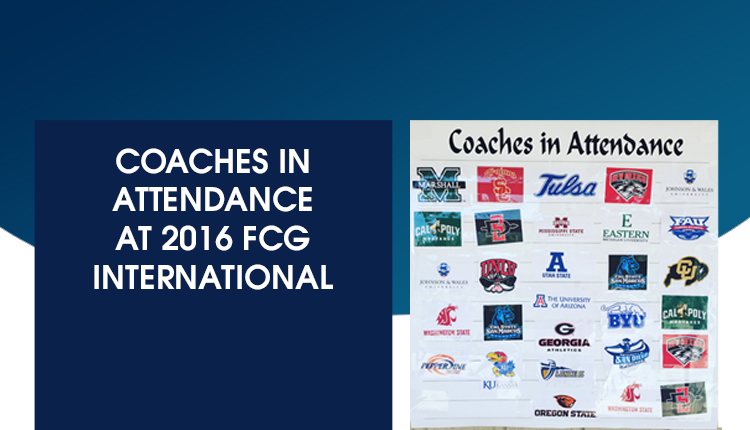 The FCG International Junior Golf Championship annually attracts over 600 worldwide junior golfers. In the 15-18 divisions the field is attracting nearly 300 players in the boys and girls divisions. 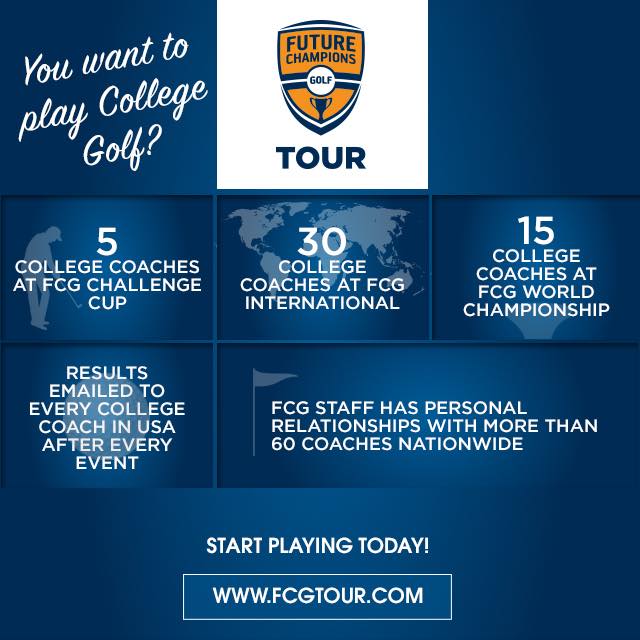 All of the FCG National and FCG World Series Tournaments are great resume building events to show your skills to College Coaches. We also send tournament results after each event to our College Coaches database that features every USA college coach.

Welcome to the FCG Tour where junior golfers from around the world come together to compete in some of the largest and most fun events in junior golf. We have 5 levels of tournaments to choose from so there is something for every junior and collegiate golfer.
Before they played their way onto the PGA, LPGA and Epson Tours, the FCG Tour was the player development tour for some of the game’s best young players. Xander Schauffele, Aaron Wise, Collin Morikawa, Beau Hossler, Allison Lee, Ariya Jutanugarn, Moriya Jutanugarn, Haley Moore, Sahith Theegala, Norman Xiong all developed their skills in FCG Tour Events. Additionally over 3500 junior golfers have gone on to play collegiate golf.
More Alumni >