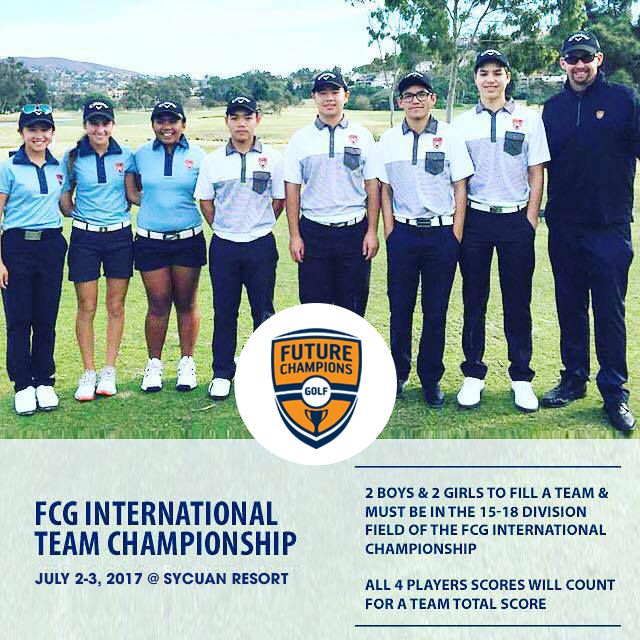 TEAM STRUCTURE
· Teams can represent any golf academy, golf school, instructor, international association, junior golf association, or high school.
· All Team Members must first register as an Individual in the FCG International Junior Golf Championship
· The Teams Leader must submit the Team Roster with their Team Name no later than June 15, 2017 and the Team spots are limited on a first come first serve basis until the field is full. You may submit multiple teams as long as the teams are complete with 2 players.

SCORING
· Both players score will count for a Total Team Score for the first 2 rounds at the FCG International Junior Golf Championship.

·  The winning Team will be recognized at the Awards Ceremony after play is complete on Day 2 – July 3rd.
· The Teams will be recognized on www.FutureChampionsGolf.com as the 2017 FCG INTERNATIONAL TEAM CHAMPIONS with Team Photo, their coach, and a link back to the program they represent.
· Each Team Member will receive a Special Gift from our Tournament Sponsors

Overview: This event features 6 boys and 6 girls from each Future Champions Golf and Jags Junior Tour in a two day Ryder Cup style format. This our premier team event held every year in the last weekend of January. Each side rotates as the host team, taking the event back and forth from San Diego County to Los Angeles County every year hence the name “North South Cup”

Overview: This event features 12-16 players from each FCG Kids Tours and Pro Kids Golf Academy in one day team stroke play competition. This is fun first event for players ages 7-14 where for many of them will be there first ever team event. All players are allowed caddies and is played at Colina Park each year. Pro Kids Golf Academy is the home of the First Tee and one the many charitable programs FCG supports.

How to Qualify: Top 2 Spring Points Leaders in Boys and Girls 7-10 Division and Top 3 in 11-14 Divisions (10 players). Captain’s picks for remaining players (2-6 players) 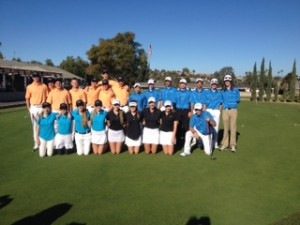 Overview: This event features 8 players from each FCG and Hong Kong in a one day mixed team style event. Each year Hong Kong brings over a junior national team of world class players to represent their country as they play two of our premier world series events FCG International and FCG World Championship.

How to Qualify: Top 4 Boys and Girls semifinalist in our FCG World Match Play Championship.