For our second world series event for the month of October, we had our 9th annual Santa Barbara Championship at the beloved Sandpiper Golf Course! The championship golf course at Sandpiper has been rated by Golf Digest in the top twenty-five public golf courses in the country. It was designed by William F. Bell and opened in 1972 featuring beautiful rolling fairways and challenging greens in a seaside links style layout. Sandpiper’s dynamic design attracts players of all skill levels including players of the highest caliber. Measuring over 7000 yards, with championship rating of 74.5, Sandpiper has challenged the abilities of the PGA and LPGA players alike, playing host to several professional tournaments including: The PGA Tour Tournament Players Series, The LPGA Tour Santa Barbara Women’s Open, and the prestigious final stage of the PGA Tour Qualifying school. Let’s see how they did: 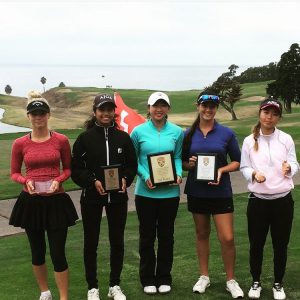 The Boys 15-18 division played a par 72 from the black tees both days. We had a two-way tie for first place at 3-over 147 between Xzavier Casarez from San Bernardino, CA (75 & 72) and  Taehoon Song from Buena Park, CA (70 & 77). This resulted in a sudden death playoff that lasted two holes, with Song coming out on top and Casarez taking home second. There was another tie for third place at 6-over 150 between Brandon Baik from Fontana, CA (74 & 76) and Daniel Nunez from Los Angeles, CA (78 & 72). This resulted in a card-off of which is determined by second day low score; Nunez won the card-off taking home third and Baik taking home fourth. And thus, another tie for fifth place! This time, a three-way tie at 7-over between Brandon McDonough from Santa Monica, CA (80 & 71), Jaden Milne from Washington, Utah (71 & 80) and Jess Scheller from Valencia, CA (78 & 73). Winning this card-off, taking home fifth place was Milne. 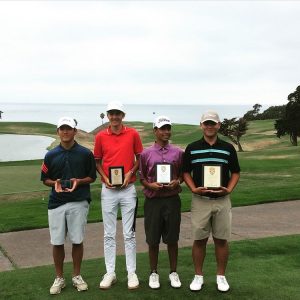 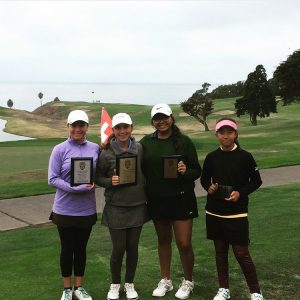 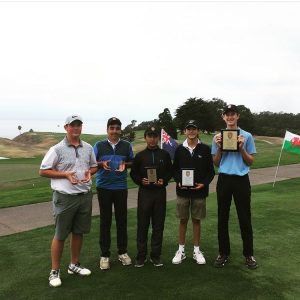 Congratulations to all participants, placers, parents and the staff at Sandpiper Golf Course for making yet another successful World Series FCG event! Until next time, FCG followers… Tournament Schedule