Future Champions Golf Tour hosted four events over the weekend, two local events, one in Florida and an inaugural event in Mexico. The FCG So Cal Championship was hosted by La Costa Golf Resort as part of the FCG World Series Events held throughout the year that provide junior golfers with stellar golf courses and even better competition. La Costa is world famous for previously hosting several PGA and LPGA events and the blue skies and sunshine provided an excellent backdrop for such an amazing golf course. The golf course was in optimal condition, greens were fast, rough was thick and the fairways were perfectly manicured. 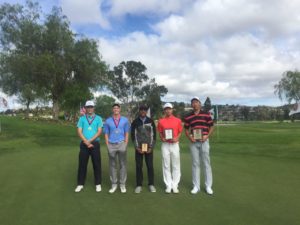 The boys 15-18 year old division had 37 participants tee it up on Saturday all hoping to dominate the competition on a golf course that allows players to make plenty of birdies but also plenty of bogeys. Bo Jin of Encinitas, CA had himself a Sunday to remember, firing five birdies in the first nine holes en route to shooting a tournament low 69 which allowed him to get into a playoff with Zhidong Wan of Dove Canyon, CA who both shot a two day total of 145 (+1) for the tournament. Bo Jin took home the honor of calling himself champion on Sunday while Zhidong Wan took home second place honors after a grueling playoff. Kishan Soni of Moorpark, CA was a beacon of consistency shooting rounds of 73 and 74 which included an eagle on the twelfth hole on saturday that catapulted him to a great third place finish. Sam Butler of Riverside, CA, Alexander Yang of Carlsbad, CA and Blake Petchel of Murrieta, CA all shot a two day total of 149 (+5) which was good enough to share fourth place honors for the weekend. 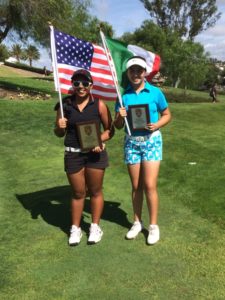 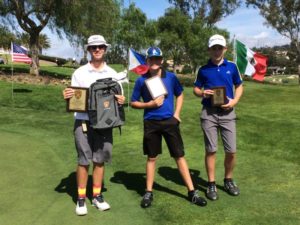 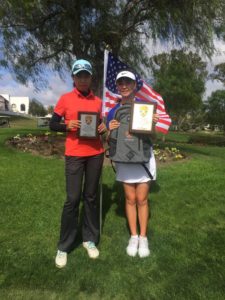 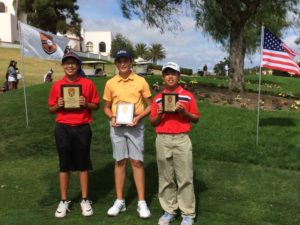 The boys 12 and under division had a twelve player field tee it up with hopes of playing their best in order to place within the top three. Hogan Park of Walnut, CA turned in two under par rounds of 69 and 71 en route to a two day total of 140 (-8) for the tournament and a great first place finish. Connor Williams tried his best to keep the pace but fell four shots short but with rounds of 71 and 73 and a two day total of 144 (-4) for the tournament he was able to take home second place honors. Justina Dang of Anaheim, CA had a great sunday shooting a 72 (-2) for the day and taking home third place honors.

Future Champions Golf Tours is proud to host these tournaments that provide junior golfers with elite golf courses and tournament conditions that rival the PGA tour. It is with great enthusiasm that we recognize all the support that is given to this tour through rules officials, volunteers, employees, parents and golf professionals. We will continue to strive to make each event bigger and better so that each junior golfer walks away from our tournaments with a once in a lifetime experience. Please check out our website for upcoming events including our National Championship that takes place in December.